Melbourne is the most successful multicultural city in the world. A city of over five million people where 50 per cent were either born overseas or have a parent from overseas.

A city that has welcomed wave after wave of immigrants and helped them establish new lives – while building a high-income economy, maintaining community harmony and creating a rich cultural and social fabric. 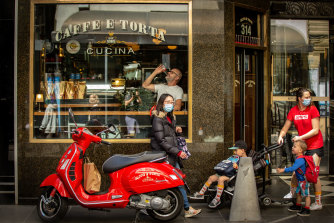 That extraordinary ability has never been more important as our city now needs a massive wave of new immigrants to help get the city back on track.

The population of Melbourne is projected to be 300,000 less by 2025 compared to where it would have been without the pandemic. While Australia will be almost one million people down.

Across Melbourne, businesses are facing acute labour shortages. I spoke to a restaurateur this week who employed 80 people before COVID and now has just 10. To fully open again he desperately needs staff but all the international backpackers he used to employ have gone home.

Over the past 12 months, farmers have cried out for help as fruit rots in their orchards. Normally it’s picked and processed by internationals on work visas. 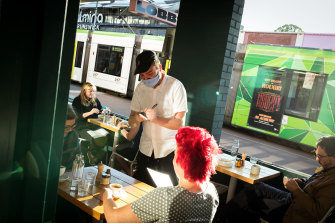 Infrastructure Australia is forecasting 105,000 jobs will go unfilled on major construction projects. The information and communications technology sector says it needs an extra 60,000 qualified IT graduates. While the Australian College of Nursing says there are over 12,000 vacant nursing positions in Australia.

With our borders closed, Canada and UK have cut our lunch when it comes to international students. Now they are moving aggressively on skilled migration, with marketing campaigns and new incentives to attract top talent from around the world. 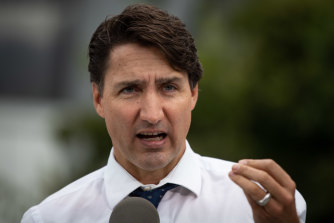 Canada plans to attract 1.2 million immigrants over the next three years. It has launched an “Express Entry” program for skilled migrants and another program to make it easier for existing workers on temporary visas to become citizens.

They are backing this in with targeted marketing campaigns to attract skilled workers from around the world to their shores. Melbourne and Sydney are about to lose a generation of global talent to Toronto and Vancouver if we don’t step up.

An increase in Australia’s immigration intake needs to be done in a well-designed way.

There should be a focus on skilled migration to help meet those areas of the economy where there is the greatest need. 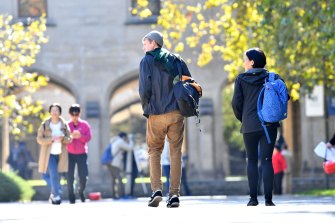 We need international students to come back to the city.Credit:Joe Armao

The plan should include a temporary work visa increase that would again open the channels for young backpackers to come to Australia and fill these essential roles in our cafes, bars, restaurants and farms.

Most importantly, we need the international students to come back. Not only are they important to the local economy they have become a much loved and vibrant part of the fabric of modern Melbourne. And perfect candidates for future permanent residency and citizenship.

We need to make it as easy and as accessible as possible for international students to return, this could begin by making student visa places uncapped for three years.

I would also advocate for an uptick in our humanitarian program, we have still not matched Canada, the UK or the US in terms of accepting refugees from Afghanistan. We need to do the right thing on that front.

This all begins with political leaders speaking more consistently and honestly about immigration and showing more respect for the intelligence of the Australian public. The days of politicians describing Australia as the world’s most successful multicultural nation in one breath and then stirring up fear when they talk about terrorism and African gangs must end for good.

Central Melbourne has been a magnet for new arrivals to Australia, it was a big part of our success before COVID. Not surprisingly, we are now ground zero in terms of the economic impact of the pandemic. But we can lead the way for the recovery.

For our part the City of Melbourne is throwing everything and the kitchen sink at the revitalisation of our economy. Restaurant vouchers, new events, cheaper parking, more bike lanes, extra cleaning. You name it, we’re doing it.

But to bring back the buzz in all its glory we need the Commonwealth to come to the party and open the borders to a welcome wave of new arrivals.

Nicholas Reece is the deputy lord mayor of Melbourne and a fellow at University of Melbourne.