Liberal Party heavyweight Brian Loughnane has been brought in to review Michael O’Brien’s office amid concerns about the relationship between the Opposition Leader’s staff and the wider party.

Mr O’Brien asked Mr Loughnane, a former Liberal Party federal director, to assess his office after MPs complained that it was not functioning effectively 18 months out from the election. 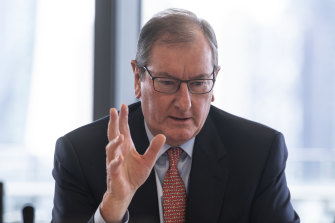 The Opposition Leader has been in the role since 2018 when he took over from Matthew Guy after the Andrews government’s landslide election victory. In March, Mr O’Brien survived an attempted leadership challenge from Gembrook MP Brad Battin.

Following the challenge, Mr O’Brien and his allies contacted colleagues to discuss any concerns that prompted the unrest. Seven MPs confirmed to The Age that they raised internal problems stemming from O’Brien’s office, citing poor communication and difficulties when trying to get meetings for stakeholders and would-be donors.

“It’s Stalinesque, you can’t get in,” one backbencher told The Age.

The MPs, who spoke to The Age on the condition of anonymity, also raised concerns about Mr O’Brien’s chief-of-staff Brett Hogan who they said was working in isolation from the wider party. Mr O’Brien did not respond directly to question’s about Mr Hogan. 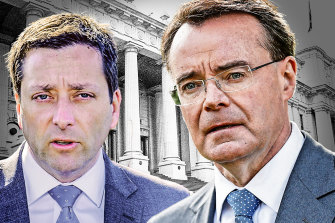 Michael O’Brien took over from Matthew Guy after the 2018 election. Credit:The Age

One member of shadow cabinet welcomed the review saying it was a sign Mr O’Brien wanted to sharpen his message and build a better team ahead of next year’s state election. “Michael needs good people around him to support him. Some of his staff have done awesome jobs but there are many people who are constantly letting him down.

“This shows he isn’t willing to wait for a post-election review to find out what didn’t work.”

Mr McQuestin was appointed in 2019 after working as state director of the Tasmanian Liberal Party since 2011. During that time he orchestrated Tasmania’s 2013 federal election campaign which saw the party win the seats of Bass, Braddon and Lyons. He also oversaw the 2014 state election when the Liberals secured a record 15 seats.

But Several MPs accused Mr McQuestin of not taking a more active role in policy development.

The Age has been told Mr McQuestin spent much of the past year working in Tasmania due to the COVID-19 pandemic which has also angered some Liberal MPs.

“But you need to be in Parliament more regularly and act as a sounding board to the leader.”

In a statement to The Age, a spokesman for Mr O’Brien confirmed Mr Loughnane’s appointment and said the process would ensure it improved the Opposition’s chances of holding the Andrews government to account.

“With 18 months until the state election, the Liberal Party is working to ensure it offers Victorians a better future than a tired and chaotic Labor government,” the spokesman said.

“[Mr] O’Brien has asked [Mr] Loughnane to advise on optimising resources and structures, given the huge disparity between the Labor government and the Liberal opposition.”

Our Morning Edition newsletter is a curated guide to the most important and interesting stories, analysis and insights. Get it delivered to your inbox.