The clip – taken in Stratford Shopping Centre, east London – shows the guard towering over a man as he lies on the floor outside the Lidl store.

He then launches a string of punches as the man tries to protect himself.

The shopper attempts to get to his feet but is pushed to the ground once more and is stamped on in a doorway.

Finally, store workers from Lidl and members of the public intervene to stop the scuffle.

It is not clear what caused the scrap on May 30, but a Metropolitan Police spokesperson said the victim claimed he had been refused entry into the store.

One onlooker, a 25-year-old antique trader from Canary Wharf who did not wish to be named, said: “He was getting a real beating.

“I’m sure a security guard should not be using that much force.

“I was so shocked. I felt like I had to do something but there was nothing I could have done.

“I saw excessive force being used for no reason.” 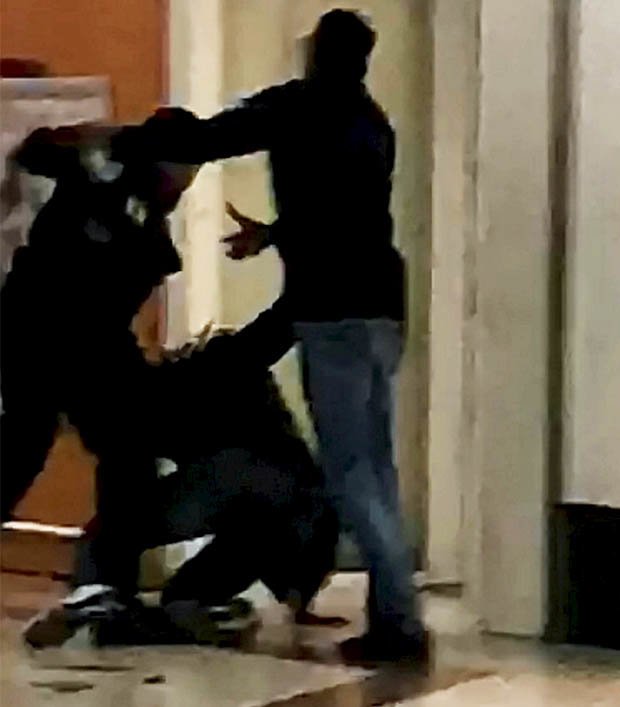 “We have alerted the police to the matter and will support them in any way possible.

“A thorough internal investigation has also been launched alongside our external security provider, to ensure that full and appropriate action is taken.”

A spokesperson for the Metropolitan Police confirmed they had been called to reports of an assault.

“A man alleged he had been the victim of an attack by a security guard after being refused entry to the store,” they added.

“Investigations are ongoing. No arrests have been made.”