Locksmith, 43, wakes from three-week intensive care battle against coronavirus to find he’s the ONLY member of his household to have survived the disease

A locksmith who was in a coma for three weeks battling coronavirus awoke to be told his mother and her partner had both succumbed to the illness.

Scott Miller, 43, was rushed to intensive care at the Edinburgh Royal Infirmary with the virus and was placed in an induced coma, unaware his mother Norma, 76, was dying upstairs in the same hospital.

Norma passed away and a week later her partner, 69, also died of coronavirus.

Doctor’s were unsure that Scott would survive but when he did manage to pull through, he was greeted with the tragic news of his mother’s passing. 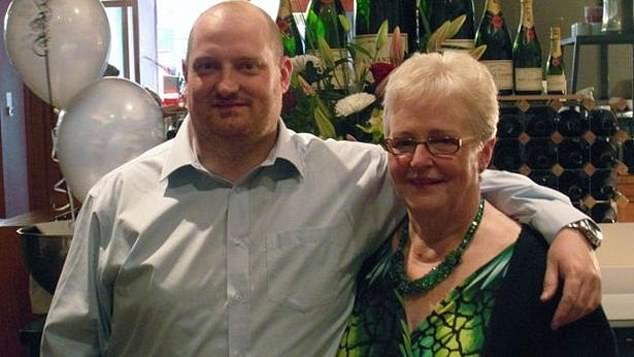 Scott Miller, 43, awoke from a coronavirus coma to the news that his mother Norma, 76, was dead 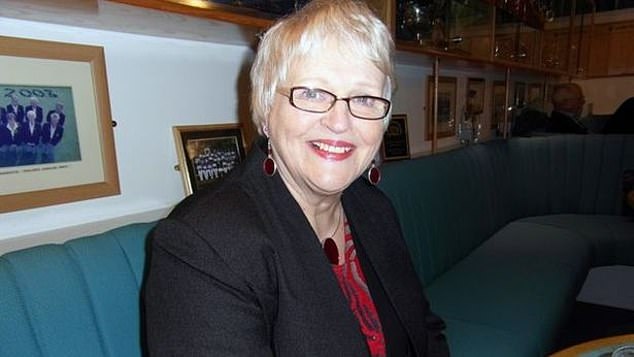 Norma died of the illness and, a week later, her partner, 69, also passed away from the virus

Scott had realised his mother was ill when she had a fall on March 21 and was unable to get back up.

She tested positive for coronavirus at hospital, the BBC reports, and Scott was allowed to see her on the ward, though he says that he was so ill at the time that he doesn’t remember any of it.

Describing the moment he woke up after his coma, Scott said: ‘When I came round, I just had a gut feeling that something had happened to mum and when the nurse told me it was just disbelief and shock. It was very hard.’

Scott, a self-employed locksmith, weighed 22 stone before he fell ill.

Since then, he has lost 3.5 stone and even learned to walk again, going to the gym three times a week and playing hockey.

He has warned people in Scotland to not drop their guard against the virus.

He said: ‘People need to understand it’s a real killer, I don’t think people are really taking it seriously.’

Scott’s sister-in-law Sharlene Miller revealed how they were told by doctors that he may also not survive.

She said: ‘There was a sense of relief obviously, because I don’t think we could have coped with losing Scott as well. When we were able to speak to him and see him, we were elated with that. It was lovely.’

It comes as the city of Aberdeen was put back into lockdown as pubs, cafes and restaurants were shut and its population of more than 200,000 people were banned from travelling more than five miles from their homes. 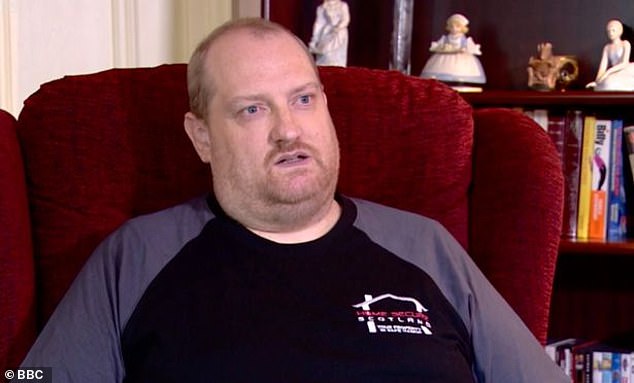 Describing the moment he woke up after his coma, Scott said: ‘When I came round, I just had a gut feeling that something had happened to mum and when the nurse told me it was just disbelief and shock. It was very hard’

Scotland’s First Minister Nicola Sturgeon said 54 infections have now been reported in the local Covid-19 outbreak – double yesterday’s figure – and all indoor and outdoor hospitality venues were ordered to close by 5pm today.

Speaking in Edinburgh this afternoon, Ms Sturgeon said the rise in cases heightens fears the Scottish Government is ‘dealing with a significant outbreak in Aberdeen that may include some community transmission’.

Residents were told not to enter each other’s houses – while extra police officers will be on the streets in the city to ensure residents comply with the reintroduced rules, with Police Scotland saying it will ‘continue to engage, educate and encourage people’ to follow the restrictions.

The Scottish Tourism Alliance has warned the move will be a ‘devastating blow’ for the community and the Scottish Licensed Trade Association (SLTA) described the imposed lockdown as a ‘bitter blow’ to the area. 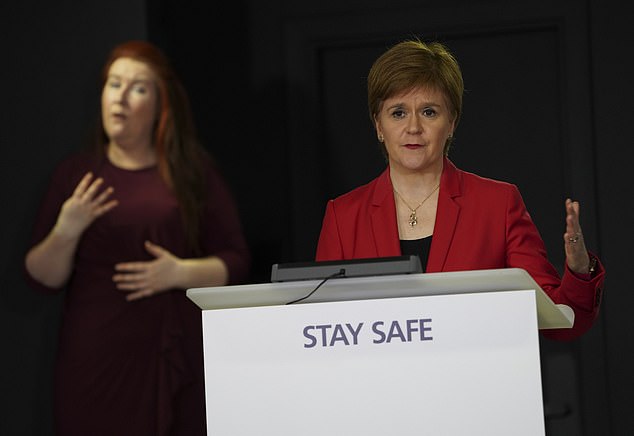 Meanwhile, some restaurants saw a flurry of last minute bookings after the announcement of the 5pm curfew, but many bar and hotel owners were left furious about the rule change after investing thousands of pounds in new signage, sanitizing stations, outside seating areas and marquees to keep customers dry.

It comes a day after the Queen and Prince Philip landed at Aberdeen Airport where they were met by a driver and whisked off to Balmoral Castle, which is roughly an hour away. Their staff in Scotland have been quarantined for two weeks to minimise the Covid risk, and the couple are expected to stay there until early October as they enjoy a delayed summer holiday.

The Aberdeen lockdown also comes just six days after parts of the North West of England were also put back under restrictions, with 4.5million people in Manchester facing £100 fines if they breach the rules.

People's Choice Awards 2020: Grey's, Riverdale, This Is Us and Outer Banks Among Top TV Nominations