A Remain-backing Labour peer was branded ‘contemptible’ today after comparing the Brexit deal to Neville Chamberlain’s appeasement of Hitler.

Lord Adonis faced a backlash after making the extraordinary reference to the Munich agreement – which saw the then-PM let the German dictator annex the Sudetenland in a vain bid to maintain peace – during a debate on the new trade arrangements last night.

The former Cabinet minister quoted Winston Churchill’s damning assessment of the 1938 agreement as a ‘total and unmitigated defeat’.

He said the verdict applied ‘word for word’ to the trade deal – which was finalised between Mr Johnson and EU commission president Ursula von der Leyen, who is German.

Lord Adonis said: ‘I am sure it is much better to say exactly what we think about public affairs and this is certainly not a time when it is worth anyone’s while to court political popularity. 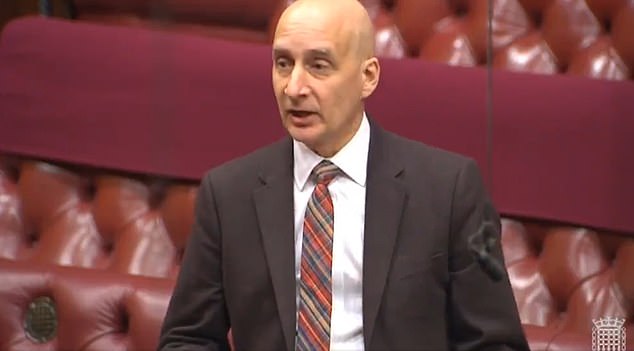 Lord Adonis faced a backlash after making an extraordinary comparison to the Munich agreement during a debate on the new trade arrangements last night. 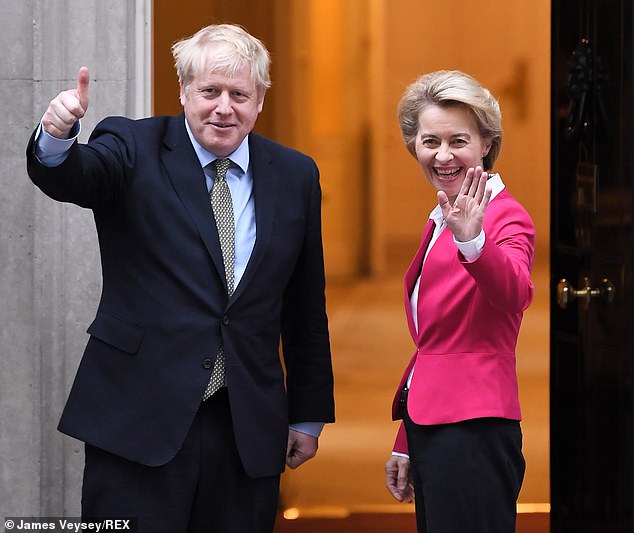 Lord Adonis made the remarks about the trade deal finalised between Boris Johnson and EU commission president Ursula von der Leyen, who is German (pictured together in January) 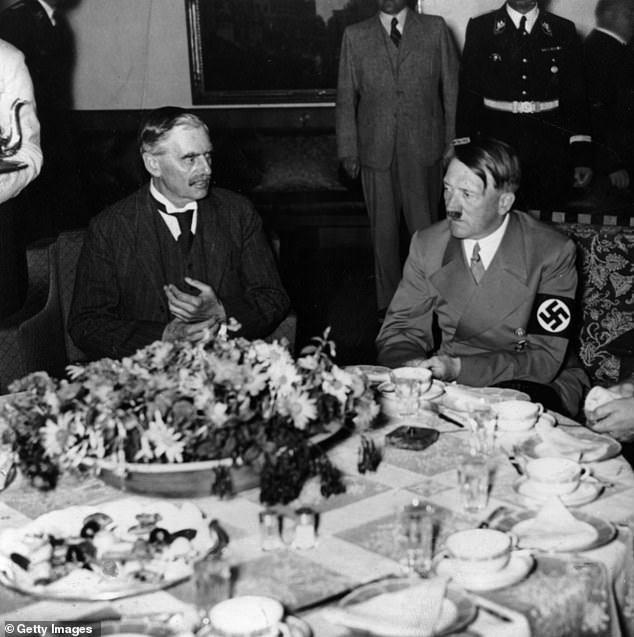 ‘I will therefore begin by saying what everybody would like to ignore or forget, but which must be stated, that ”we have sustained a total and unmitigated defeat”.

‘Those were Winston Churchill’s words in the House of Commons on the Munich agreement 82 years ago.

‘Alas, they apply word for word to the Brexit agreement we are being asked to rubber-stamp today.’

Tory MP Michael Fabricant told MailOnline: ‘I think Ursula von der Leyen will regard his views with the same contempt that the majority of the British population regard his views.

‘Lord Adonis has become renowned for an extremism expressed in his own way. Fortunately few now choose to pay any real attention to anything he has to say.’

Former minister David Jones said: ‘Nobody likes a bad loser. Lord Adonis should spend some time reflecting on his regrettable refusal to respect the will of the people. He has been on the wrong side of history.’

Mr Johnson heralded a ‘new beginning in our country’s history’ overnight after his Brexit trade deal was signed into law.

The Prime Minister thanked MPs and peers for rushing the Bill through Parliament in just one day so it could take effect at 11pm this evening when the UK’s transition period ends. 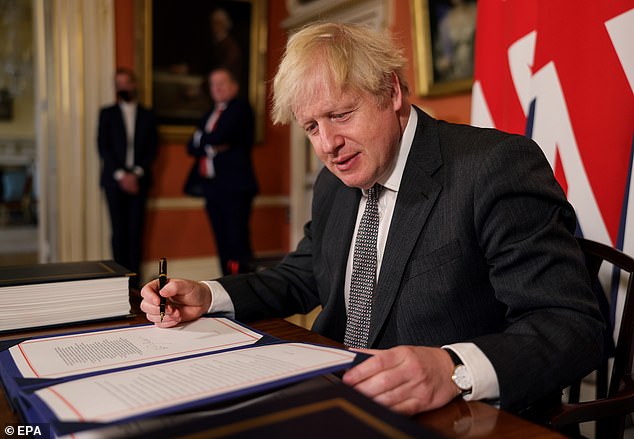 At 12.25am, Commons Speaker Sir Lindsay Hoyle told MPs that the EU (Future Relationship) Act 2020, had been granted royal assent by the Queen.

It enshrines in legislation the trade agreement finally negotiated between London and Brussels last week following more than four years of wrangling since the referendum.

Shortly before Her Majesty gave the Act her seal of approval, a bullish Mr Johnson marked out a new chapter for Britain, which first joined the bloc in 1973.

He said in a statement: ‘I want to thank my fellow MPs and peers for passing this historic Bill and would like to express my gratitude to all of the staff here in Parliament and across Government who have made today possible.

‘The destiny of this great country now resides firmly in our hands.

‘We take on this duty with a sense of purpose and with the interests of the British public at the heart of everything we do.

’11pm on December 31 marks a new beginning in our country’s history and a new relationship with the EU as their biggest ally. This moment is finally upon us and now is the time to seize it.’