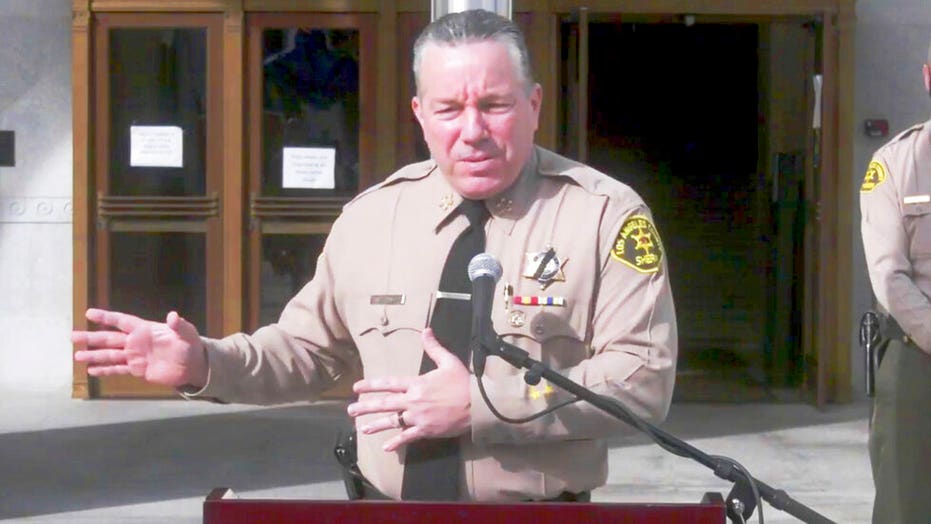 Los Angeles County deputies on Saturday busted an “underground” illicit super-spreader event that resulted in nearly 160 arrests and the rescue of an underage human trafficking victim, authorities said on Tuesday.

The Saturday night raid on a location in the high desert city of Palmdale, which is about 65 miles north of Los Angeles, came after Sheriff Alex Villanueva vowed to crack down on "super-spreader events."

The party resulted in the arrests of 158 people, many of whom were not wearing masks. At least 35 were juveniles.

Authorities also found six weapons at the home and were able to rescue a 17-year-old girl who Villanueva categorized as a commercially, sexually exploited child.

"Even without the health order, these actions were criminal in nature," Villanueva said Tuesday during a news conference.

The "massive underground party" occurred at a vacant home in a residential neighborhood without the owners' knowledge. The sheriff said the organizers, who were also arrested and had reportedly also promoted previous parties in Pomona and Ontario, broke in and used a moving truck to bring in their equipment.

Villanueva said his department is tracking other underground parties, which typically organized weekly and could also be super-spreader events.

The sheriff said his department would not enforce the orders at struggling businesses "where they're deciding between complying with the orders and putting food on the table." He said his deputies would focus on education and voluntary compliance for county and state health orders.