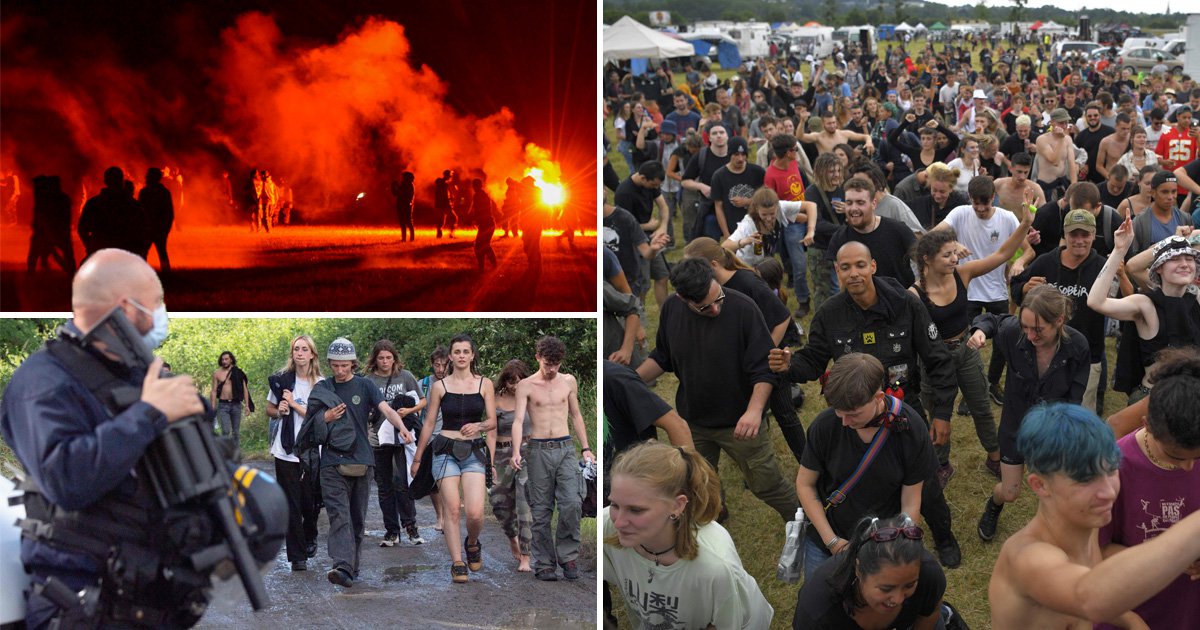 A man lost his hand during violent clashes as police tried to break up an illegal gathering in France.

The 22-year-old was at an event attended by around 1,500 people in a field near a horseracing track in Redon, Brittany on Friday.

He is thought to have picked up an item that exploded, as tensions erupted leaving several others injured, including five officers.

Around 400 police were tasked with dispersing the crowds – with officers firing tear gas and charging at groups hurling metal balls, petrol bombs and other projectiles.

It took more than seven hours to clear the area, with authorities still ordering people to leave on Saturday morning.

The ‘extreme’ and ‘inexcusable’ violence happened just hours before France is due to lift an overnight coronavirus curfew in place for more than eight months, leading to growing discontent among young people.

An investigation has now been launched into the cause of the clashes, including how the 22-year-old lost his hand, said regional prosecutor, Philippe Astruc.

Redon mayor, Pascal Duchène told French TV station BFM: ‘Those present were not there to party, but to fight with the police.’

Regional gendarme chief Pierre Sauvegrain told France-Info radio the man was believed to have picked up an object that exploded.

Friday’s event is said to have been held in honour of a man who died in 2019.

Police are trying to establish who organised the party.

Meanwhile in Germany, around 4,000 people gathered at a park in Hamburg on Friday evening, defying rules on group meetings.

Police were forced to clear the park after their pleas for people to leave fell on deaf ears, according to German news agency, Dpa international.

Officers were attacked with bottles, with two slightly injured, but most people left the scene by 1am.

France will also ease rules on wearing masks this weekend, after daily Covid infections dropped to around 3,900 – down from 35,000 during the March / April peak.

The nation has reported 110,563 confirmed virus deaths, one of the highest death tolls in Europe.

Earlier this month, France said it will reopen its borders to full vaccinated Brits with proof of a negative test from June 9.

But the country remains on the UK amber list, meaning holidaymakers are discouraged from travelling there.

Those who do so must quarantine at home for 10 days on their return and take two Covid tests.