‘I’m a strong believer that at some point we will get answers’: Father who lost his wife and five children in arson attack on family home says he still has ‘hope’ that police will catch those responsible as he marks tenth anniversary of their deaths

A father whose wife and five children died in an arson attack at their home ten years ago says he still has ‘hope’ police will find their killers – as he recalls the night he ‘cannot forget’.

Dr Abdul Shakoor was the only survivor when a fire ripped through his family home in Harlow, Essex, in October 15, 2012.

Sabah Usmani, 44, and sons Sohaib, 11, and Rayyan, six, and daughter Hira, 13, were all killed in the blaze. Third son, Muneeb, nine, and daughter Maheen, three, also later died in hospital.

Appealing for witnesses at the time of the incident, Essex Police revealed that evidence suggested it was caused by ‘malicious ignition’ – with detectives confirming they were aware of a burglary at the house on the same day.

Speaking at Harlow Islamic Centre yesterday, where a remembrance service was held to mark the anniversary of the fatal fire, Dr Shakoor said it was ‘absolutely important’ to mark the deaths with the local community, the BBC reports.

He added: ‘It’s really difficult, I cannot forget the time in the night when it happened.’

Dr Shakoor described his wife as ‘my best friend’ and told of how his children ‘really loved living here, we had a very good community’. 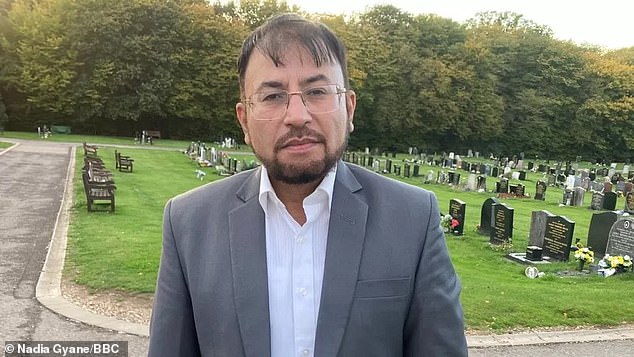 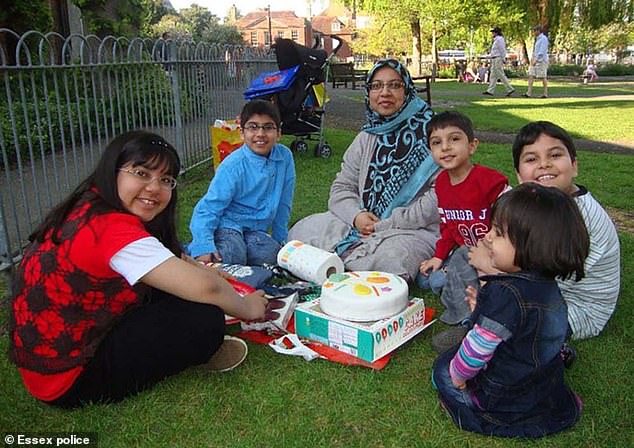 He also said he was pleased to be informed that detectives are still probing the fire ten years on following a meeting with Essex Police on Friday.

The father continued: ‘I’m a strong believer in hope and that at some point, we will get the answers.’

Dr Shakoor has continually appealed for witnesses since the incident, with detectives leading the investigation saying there are ‘facts in the case that don’t add up’.

He discovered the fire at his home in Barn Mead, Harlow, at 1.40am and battled hard to save his family, suffering the effects of the dense smoke and also minor burns as he tried to get them out.

He bravely jumped out the window and landed on a car parked below, before trying to re-enter the house with a neighbour.

Dr Shakoor fought his way through the flames and managed to climb the stairs, but it proved to be too late.

At the same time as fire crews were tackling the blaze, a Ford Focus car was alight in a parking area nearby.

All six victims died of asphyxiation through smoke inhalation.

His wife Sabah died at the scene with their daughter Hira and sons Muneeb and Rayyan. 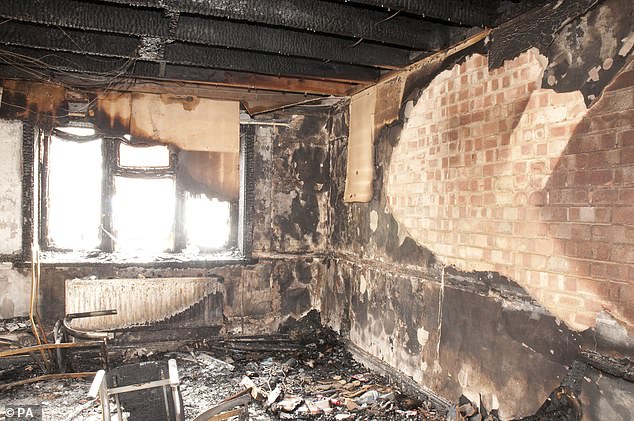 The significant damage to the family house in Harlow, Essex, following the fatal blaze in October 2012 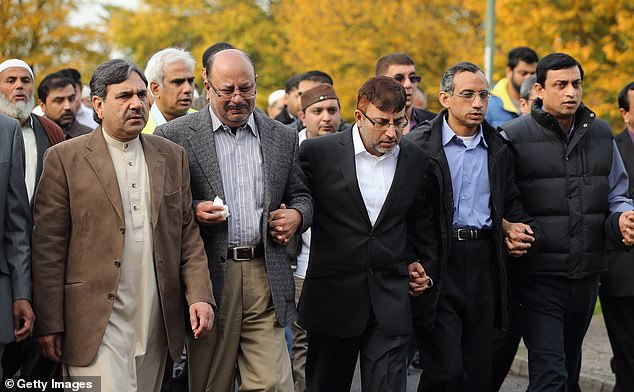 Sohaib, 11, died at the Princess Alexandra Hospital in Harlow where Dr Shakoor worked.

The fifth and youngest child, Maheen, who would have celebrated her fourth birthday nine days after the fire, never regained consciousness. Her father had to make the painful decision to turn off her life support machine.

The fire remains listed as a cold and unsolved case on the Essex Police website.

Detective Chief Inspector Louise Metcalfe, from the Kent and Essex Serious Crime Directorate, said: ‘The deaths of Sabah Usmani and her five children is an absolute tragedy and our thoughts continue to be with her husband Dr Abdul Shakoor.

‘The pain he has experienced in losing his entire family is unimaginable. His grief is compounded by the fact that no-one has been brought to justice for what happened.

‘No case is ever closed and this investigation has been regularly reviewed to see if it is possible to identify new lines of enquiry. I need anyone who has any information about that night to contact us.

‘Loyalties do change and people who felt they previously could not come forward to us, may now feel they are able to.’

Detectives continue to pursue a number of lines of enquiry, including an appeal for a white man ages in his late teens or early 20s seen riding a bicycle in the area when the house and car was set alight.

The family laptop, a black Toshiba Satellite, which was taken from the house in a burglary has never been located.

The laptop had a two-pin lead because it was from Saudi Arabia, while its bag and lead were later recovered nearby. Attached was a shaver adapter plug, though this did not belong to the family.

In November 2012, a person rang Harlow police station from a phone box and left a message about the fire, but detectives have not identified the person who got in touch.

The same month, a piece of paper about the murder investigation was left on a shelf in Boots in Harlow, with detectives keen to speak to the person who placed it there.