Man, 60, who strangled his girlfriend died of a heart attack while he was burying her body in their yard

A man who strangled his girlfriend died of a heart attack as he buried her in their backyard, police in South Carolina said.

He then tied up her body and wrapped it in trash bags, according to Edgefield County cops. 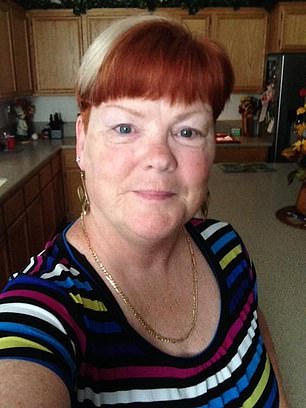 But moments after burying Dent in the backyard pit, McKinnon himself died of a heart attack.

Police were called after neighbors spotted McKinnon’s motionless body in the yard just before 10am.

Attending the scene, cops found no sign of foul play and suspected McKinnon had died of natural causes.

While notifying his next of kin, they found the body of Patricia Ruth. She had been strangled.

Dent was supposed to be working at Mount Vintage golf course, but didn’t show up.

She also didn’t answer calls or respond to text messages.

Edgefield County Sheriff Jody Rowland and coroner David Burnett said: ‘The cause of death for Mr McKinnon was confirmed to be a cardiac event. Ms Dent was found to have died by strangulation.

‘Evidence gathered at the scene, along with statements from witnesses aided investigators to build a timeline, [led] us to believe that Mr McKinnon attacked Ms Dent while inside their home. 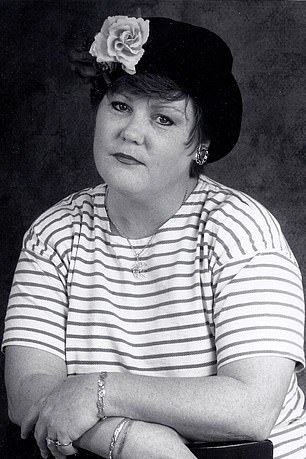 Dent’s twin sister described the 65-year-old (pictured) as ‘full of energy’. Pamela Briggs said: ‘A big part of me is gone, and now I’m going to have to live with that’

‘The pit was then partially filled in by Mr McKinnon.

‘While covering the pit, Mr McKinnon had the cardiac event, causing his death.’

Cops were called to 102 Tanglewood Drive, north of Trenton in west South Carolina, after neighbors spotted ‘an unresponsive male lying in his yard’, Mr Rowland added.

A neighbor tried to resuscitate McKinnon and performed compressions on the body before calling 911.

Dent’s twin sister Pamela Briggs said she was ‘shocked’ and ‘didn’t see any of this coming’, Fox Carolina reported.

Ms Briggs said of Patricia: ‘Everybody who ever met her liked her. She was just full of energy. She was 65 and working.

‘This is reality and life, and a big part of me is gone, and now I’m going to have to live with that.’