Masks and limits on household gatherings may remain in place to help reduce COVID-19 peaks after Victoria exits lockdowns, with the state government warning its road map isn’t a “set and forget” plan amid a surge in case numbers in countries with high-vaccination rates.

A week after promising most restrictions would be lifted once 80 per cent of the population is vaccinated, Health Minister Martin Foley said it would be “a challenge in Victoria” to keep case numbers down after the vaccination target was met, citing Singapore and South Korea as “comparable countries” facing similar challenges. 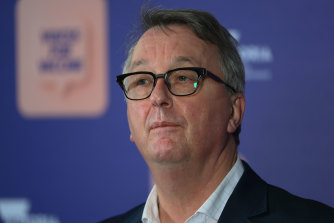 Health Minister Martin Foley: the road map out of lockdown is not “set and forget”. Credit:Eddie JIm

Victoria recorded a record-high 847 new cases on Saturday and one death, with health authorities worried illegal grand final celebrations could cause a sharp spike in coronavirus cases in the weeks ahead.

The warning of ongoing restrictions comes as Victoria’s COVID-19 testing chief Jeroen Weimar confirmed Victorians would see fewer exposure sites listed in the coming weeks as contact tracers use a triage system to target those most at risk.

In Singapore, where about 80 per cent of the population is fully vaccinated, limits on gatherings will be reintroduced and residents will return to working from home from Monday to try to slow the exponential rise in COVID-19 cases.

Professor Bennett said it was likely masks would still need to be worn indoors after the 80 per cent double-dose vaccination target was met and the government could also be forced to reintroduce restrictions such as limits on home gatherings in response to any rise in case numbers over summer.

"We know the virus will be in the community, the question is how much we can live with it?" she said.

"The key is getting case numbers down before we ease restrictions and that's going to take some work." 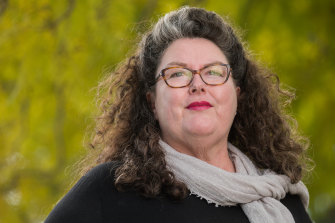 She said Melbourne was at less risk of rising case numbers than Singapore, which is heading into the wet season and has more high-density living, but our public health response would need to remain flexible after reaching the vaccine target.

Mr Foley said Victoria's road map wasn't a "set and forget" plan. "It was always on the basis we would continue to review where cases were at.”

“As the next stages of the road map are introduced and people start moving and things open up, [there is] the potential for a further increases [in cases].”

There are currently more than 600 exposure sites across Victoria, including in the regional towns of Wodonga, Warrnambool, Bendigo and Shepparton.

In good news, the Surf Coast Shire can look forward to eased restrictions from Monday, but Mr Foley said authorities were closely monitoring the steady increase in cases in regional Victoria.

Victoria is still three or four weeks away from a predicted peak in case numbers, and 321 people are in hospital with COVID-19, representing a 55 per cent rise in the past week and a 124 per cent increase in the past fortnight.

Health authorities said the majority of recent cases were being passed on in homes and social settings, with 55 per cent of Saturday’s caseload passed to household contacts of positive cases, while the “vast majority” of the remaining 45 per cent were the result of illegal “social interactions between households”.

“Ever since the numbers started to take off we have seen a growing number of household-to- household transmission,” Mr Weimar said. “We are not seeing big workplace outbreaks.

“As we see case numbers rise inexorably, we also see hospitalisations rise behind it, and this is why it is so critical for all of us to do everything we can to minimise that household-to-household transmission, and to minimise community transmission we’re continuing to see in key parts of Melbourne,” Mr Weimar said.

Mr Weimar said he was concerned about Victorians potentially breaking the rules to watch Saturday night’s grand final which could lead to a surge in case numbers next week.

“And as a result of that in six, seven days down the road we’ve got another big cluster of cases."

"If we let it all go now…we will have hundreds of people in hospital in the next few weeks."

The state government has announced vaccine mandates for the construction sector as well as all staff at schools and in early childcare.

General practitioners are reporting the vaccine mandates, which will also trigger increased freedoms for Victorians later in the year, are driving an uptick in vaccinations from tradespeople but also older Victorians who have been eligible for the jab since March but had been holding out for a Pfizer vaccine.

Melbourne GP and infectious diseases epidemiologist Paul Van Buynder said he’d noticed a shift in attitudes from over 70s, who were realising that if they wanted to see their family more they may have to be vaccinated.

In an effort to drive up vaccination rates in Melbourne's west, Footscray’s Whitten Oval will be transformed into a pop-up vaccination clinic on October 2 and 3 with 2000 Pfizer vaccines available to Victorians.