Pictured: Mechanic, 24, beaten to bloody pulp and left lying on the pavement as he left club on his girlfriend’s work Christmas night out

A mechanic was beaten to a bloody pulp after tagging along to his girlfriend’s work’s Christmas outing in Cardiff.

Mr Rees thought he was going to die after getting pummelled with punches that night, he later told his girlfriend Chelsea Pryce. 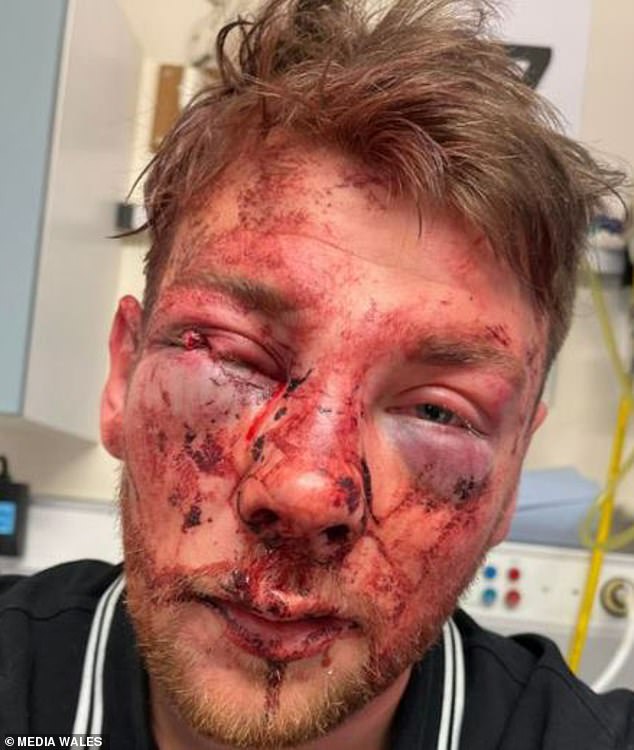 Daniel Rees, 24, from Pontypridd, Wales suffered from a split eyelid, fractured eye socket and suspected broken nose after he was attacked

Ms Pryce, who works as a store manager from Caerphilly, left the Popworld nightclub on St Mary Street in Cardiff with her boyfriend in the early hours of December 14.

Mr Rees was then attacked by two men, who took turns punching and kicking him to the face.

Ms Pryce said: ‘We left the venue at about 2.30am in the morning but, when we got outside, this bloke just came from nowhere and punched Dan in the face.

‘I could hear him calling my name but I couldn’t get to him. 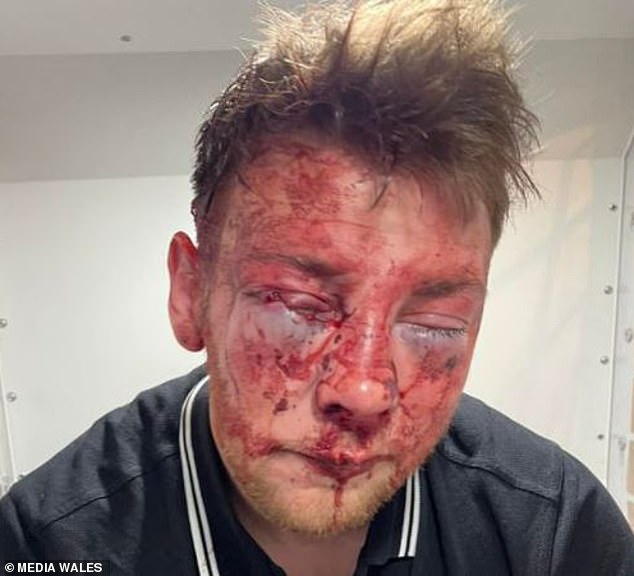 ‘And when the police finally came it was Dan they handcuffed and put in the back of the van, despite the fact he was completely covered in blood and clearly badly injured.

‘Eventually though they removed the handcuffs and blue lighted us to the nearby University Hospital of Wales.

‘There we had to wait for 14 hours in A&E, during which time Dan told me he thought he was going to die as he was lying there and the blows kept coming. 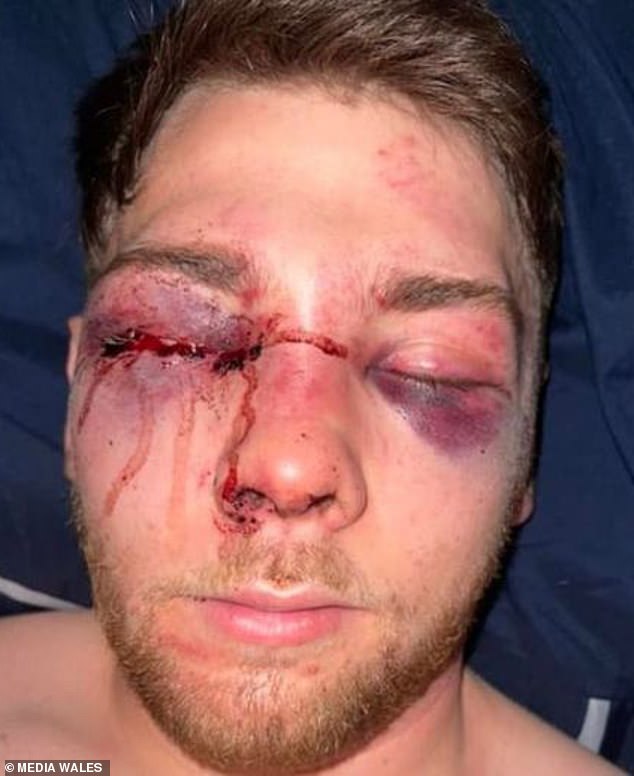 Mr Rees told his girlfriend that he thought he was going to die from the attack,as he was being repeatedly punched 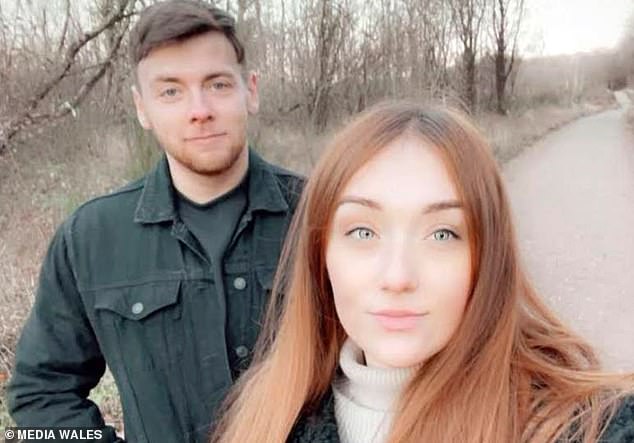 Chelsea Pryce (right), who works as a store manager, from Caerphilly, left the Popworld nightclub on St Mary Street in Cardiff with Mr Rees (left) in the early hours of December 14

‘Honestly, I’ll never get the image of his bloodied, swollen face out of my mind for a long as I live.’

Ms Pryce said Mr Rees can still barely see properly because of the injuries and is waiting for an operation this weekend.

South Wales Police said it is investigating an incident which took place in St Mary Street during the early hours of Tuesday, December 14.

A spokesperson said: ‘From initial CCTV enquiries, it appears that two men were assaulted at around 2.30am and one of them was taken to hospital.

‘There have been no charges and enquiries are on-going.’