Mahmoud Hussein’s freedom was ordered by an Egyptian court in May, but the reporter remains in detention. 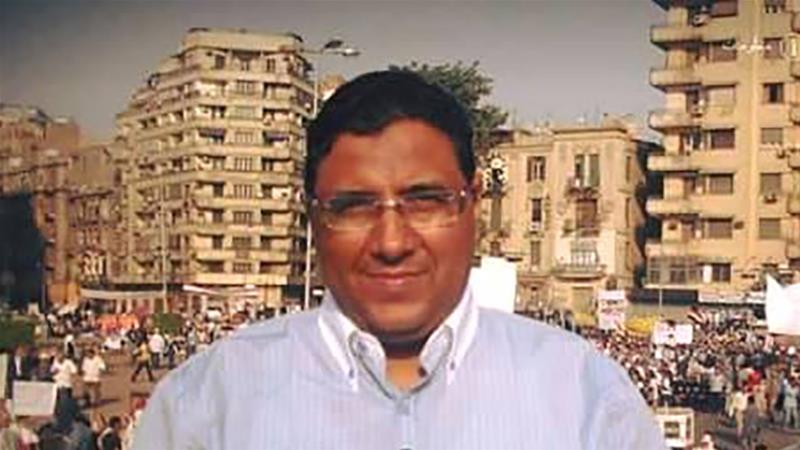 An international media group has demanded that Egypt release all jailed journalists and put an end to what it described as “the harassment of critical news sites”.

The Vienna-based International Press Institute (IPI) issued a statement on Wednesday after the Egyptian authorities returned Al Jazeera journalist Mahmoud Hussein to the notorious Tora prison in Egypt – despite a court ordering his release in late May.

An Egyptian court order upheld an earlier ruling ordering the release of Hussein, who has been held for more than two years in prison.

Al Jazeera responded at the time by accusing Egypt of becoming “a lawless country with no respect for journalists”, while Hussein’s family said a new investigation has been opened against the Egyptian.

In its statement, IPI urged the Egyptian authorities to immediately release Hussein as well as other journalists currently being held, including Ismail Al Sayed Mohamed Omar Toufic, also known as Ismail Alexandrani, who has been held since November 2015.

It also called on Egypt to “cease the harassment” of nearly two dozen independent news outlet, including Mada Masr, which have been blocked by the government for allegedly “spreading lies and supporting terrorism”, said the media group.

Hussein, an Egyptian national who works for the Al Jazeera Arabic television channel based in Qatar, was arrested on arrival on December 20, 2016, while travelling to Egypt to visit his family.

He has since spent nearly 900 days in detention without charge.

Hussein was accused of “incitement against state institutions and broadcasting false news with the aim of spreading chaos” – an allegation both Hussein and Al Jazeera Media Network deny.

His detention – which had been renewed many times over the years – was in violation of both Egyptian and international law, with the former setting 24 months as the maximum period of pre-trial detention.

In February, the United Nations called on Egypt to end Hussein’s “arbitrary detention”, saying the “appropriate remedy would be to release Mr Hussein immediately.”

Egyptian authorities have objected to Al Jazeera’s coverage of the Muslim Brotherhood – a banned group considered a “terrorist” organisation by Egypt – following the overthrow of former president Mohamed Morsi in 2013.

Several other Al Jazeera journalists were previously held for long periods in Egypt, though all have since been released.

Their arrests are part of a wider crackdown on press freedom in the country, which is classed as “Not Free” by Freedom House, a democracy NGO.

In 2018, Egypt, Turkey, and China were responsible for more than half of all journalists jailed around the world for the third year in a row, according to a report by the Committee to Protect Journalists.