Home » World News » Megan Fox and Machine Gun Kelly are engaged: 'I said yes… and then we drank each other's blood' 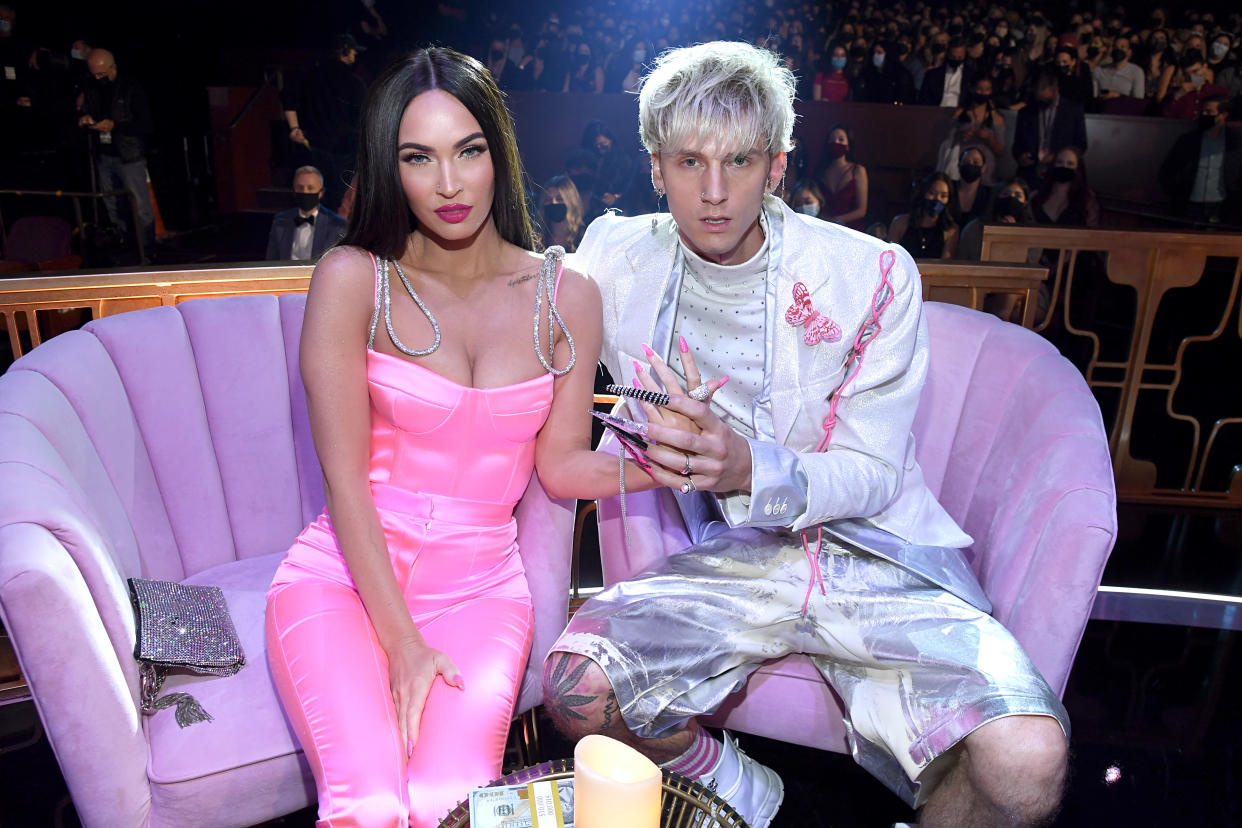 Megan Fox and Machine Gun Kelly are engaged — and, of course, the proposal wasn't entirely traditional.

Kelly, real name Colson Baker, popped the question on Tuesday "beneath the same branches we fell in love under." The musician posted a video of the ring he gave her, a diamond and an emerald for their two birth stones, which he said is "two halves of the same soul forming the obscure heart that is our love."

Fox, who wore a black midriff-baring ensemble, shared a video of the special moment. Kelly, 31, got down on one knee when he proposed. The 35-year-old actress acknowledged in her caption how their relationship hasn't always been easy, but that they are destined to be together.

"We were oblivious to the pain we would face together in such a short, frenetic period of time. Unaware of the work and sacrifices the relationship would require from us but intoxicated off of the love. And the karma. Somehow a year and a half later, having walked through hell together, and having laughed more than I ever imagined possible, he asked me to marry him," she wrote in the caption. "And just as in every lifetime before this one, and as in every lifetime that will follow it, I said yes. …and then we drank each other's blood."

The couple first stepped out together in May 2020. Kelly and the Transformers star fell for each other shooting the thriller Midnight in the Switchgrass and it was basically love at first sight for the "twin flames." The unexpected connection happened while Fox was secretly separated from Brian Austin Green, with whom she shares three children.

"You know, famously, like, I’m an unusual person. And I had buried a lot of that because it didn't have a place to live. That's something that, meeting him, it's like meeting your own soul's reflection," Fox told British GQ Style last year. "I recognize so much of myself in him, and vice versa, and that locked-up part of me that I had put away. I'd always felt like there was that thing missing, that I'd given up on, that you're always seeking. But then you meet the person that completes that for you and you're like, 'Oh, this is what my heart was searching for. That's what that beacon was this whole time.'"

Fox added, "[I was] definitely open [to] love, but I did not anticipate walking right into my soulmate like that."

Kelly said their "love gave me a reason to stay here" amid addiction and mental health challenges, which she has helped him face head on.

"We go to hell with each other," the "Forget Me Too" singer added. "It's ecstasy and agony for sure… I don't want people to think anything's perfect with us. I didn't say it was the darkest fairy tale for no reason."

Things are really coming full circle for Kelly. The musician reportedly had a GQ poster of Fox hanging in his bedroom over a decade ago and vowed to marry her one day. This will be his first marriage, although he has one child from a previous relationship, and Fox's second. The actress finalized her divorce from Green in October.

Now for the big question — will there be a joint bachelor or bachelorette party with Kravis?