Joe and Jill Biden encourage public to get Covid vaccines

The Duke and Duchess of Sussex were campaign chairs for the event, which was broadcast last night and Harry appeared on stage to give a short speech. The concert, which was organised by Global Citizen and hosted by Selena Gomez, raised $302million (£215million) in funding for over 26 million Covid-19 vaccine doses to provide equitable vaccine access across the world. US President Joe Biden and First Lady Jill Biden made a cameo in a pre-recorded video in which they encouraged everyone to get the vaccine.

Dr Biden said: “These moments, meeting your newborn grandchild or holding a loved one’s hand through a hard time, gathering with friends or smiling at a stranger without wearing a mask ‒ when you get vaccinated you don’t have to miss them any longer.

“Every person vaccinated is helping to save lives and give us back those moments that we’ve missed so much.”

President Biden added: “You know, we can’t let up now. The vaccines are safe. I promise you they’re safe. They work.

“Everybody in America 16 years old and older is now eligible to get vaccinated for free now. 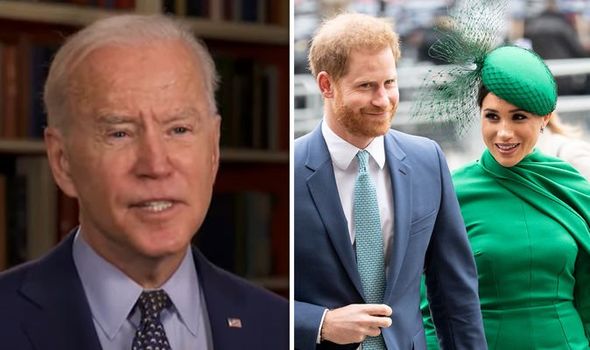 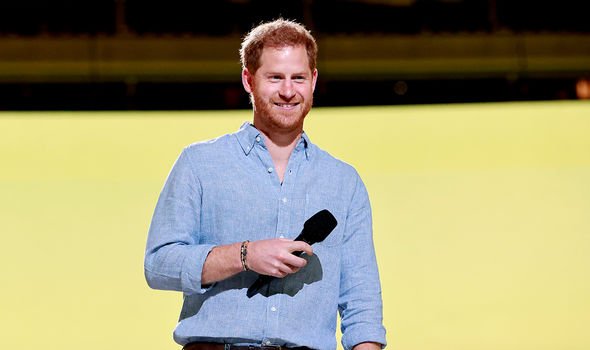 “And we’re working with leaders around the world to share more vaccines and boost production to make sure every country has the vaccines they need.

“If we can get this done we won’t have to miss another moment.”

While Vax Live was advocating for a fairer distribution of vaccines around the world, the US Government actually has export restrictions on COVID-19 vaccines and ingredients.

This has been heavily criticised by EU leaders like French President Emmanuel Macron, who has argued dropping these restrictions would do more for global vaccine distribution than waiving patents, while the US favours the latter. 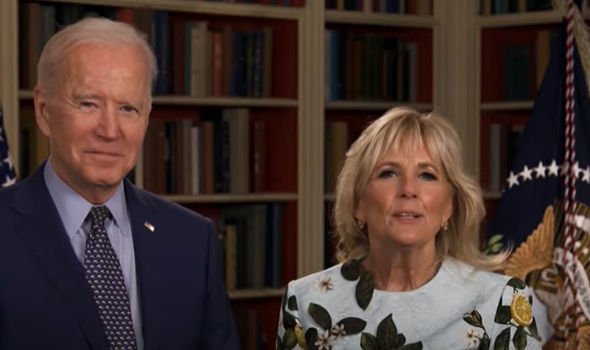 President Macron said: “Today, 100 percent of the vaccines produced in the US are for the American market.”

What’s more, the US actually has a large stockpile of the AstraZeneca vaccine it bought up in the development process.

This vaccine has not been approved for use in the US and it is believed they are unlikely to be used by the Biden administration, yet they have not released them to be used by other countries

The administration said it would not send vaccines to other parts of the world until there was a plentiful supply in the US and that its focus was getting shots into US arms. 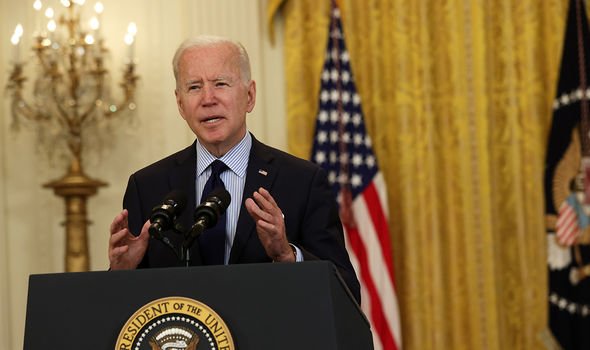 Until recently, Mr Biden rebuffed requests from other countries to share the jabs, but recently relented, saying he intends to share them.

One Twitter user pointed out the irony of the President featuring at an event all about equitable distribution of vaccines across the world.

They said: “Biden himself has been holding onto vaccines rather than share so all a bit off.

“This is just a load of celebs trying to get back in the limelight in my opinion.”

Around 1.25 billion coronavirus vaccines have been administered around the world, but less than 1 percent has been given to the world’s 29 poorest countries.

Activists have urged the US to immediately release 60 million doses of the Oxford vaccine to India, where there is an escalating humanitarian crisis.

While the US has no formal ban on exporting vaccines or vaccine components like syringes, Washington has used a wartime power known as the Defence Production Act to compel private companies to fulfil its contracts ahead of taking other orders.

This has prompted manufacturers elsewhere in the world, like the Serum Institute in India, to complain of not being able to buy items they would normally import from the US.

In normal times, the US is the top global exporter of syringes and needles, according to the Organisation for Economic Cooperation and Development (OECD).

All of this means that, despite leading the world in Covid-19 vaccine production, the US has so far exported extremely few jabs, prompting complaints that Washington is failing to do its bit to help battle the pandemic globally.

Mr Biden’s presence at a concert all about sharing with the rest of the world has therefore raised a few eyebrows.