MEGHAN Markle is an actress and everything she does seems to me to be an act.

And now she is choreographing her life with Prince Harry like a movie director.

👑 Read our Meghan and Harry live blog for the latest news and gossip...

Their latest photo, stage-managed by Meghan to announce she is expecting in summer, is just like the moment High Grant and a pregnant Julia Roberts sit in the sunshine at the end of Notting Hill.

And now Meghan has announced she is to appear on Oprah Winfrey — working with the Queen of Chat Shows, rather than the Queen of England as it’s more glamorous.

Of course, I wish Meghan and Harry all the very best with their new arrival. I hope they have a happy, healthy child — particularly after she wrote of the agony of having a miscarriage.

I am thrilled for Harry that his family is expanding because he is brilliant with ­children and always wanted kids of his own. And I wish Meghan all the best with her pregnancy. Harry must be having so much fun with Archie and to have another child, boy or girl will bring him so much joy.

But Meghan must stop trying to turn everything into a big act.

Every aspect of her world has literally been turned into a cheesy Hollywood film. With many of the pictures that have been taken since I photographed the couple on the day they announced their engagement, Meghan has made sure each shot is like a scene from the big screen. 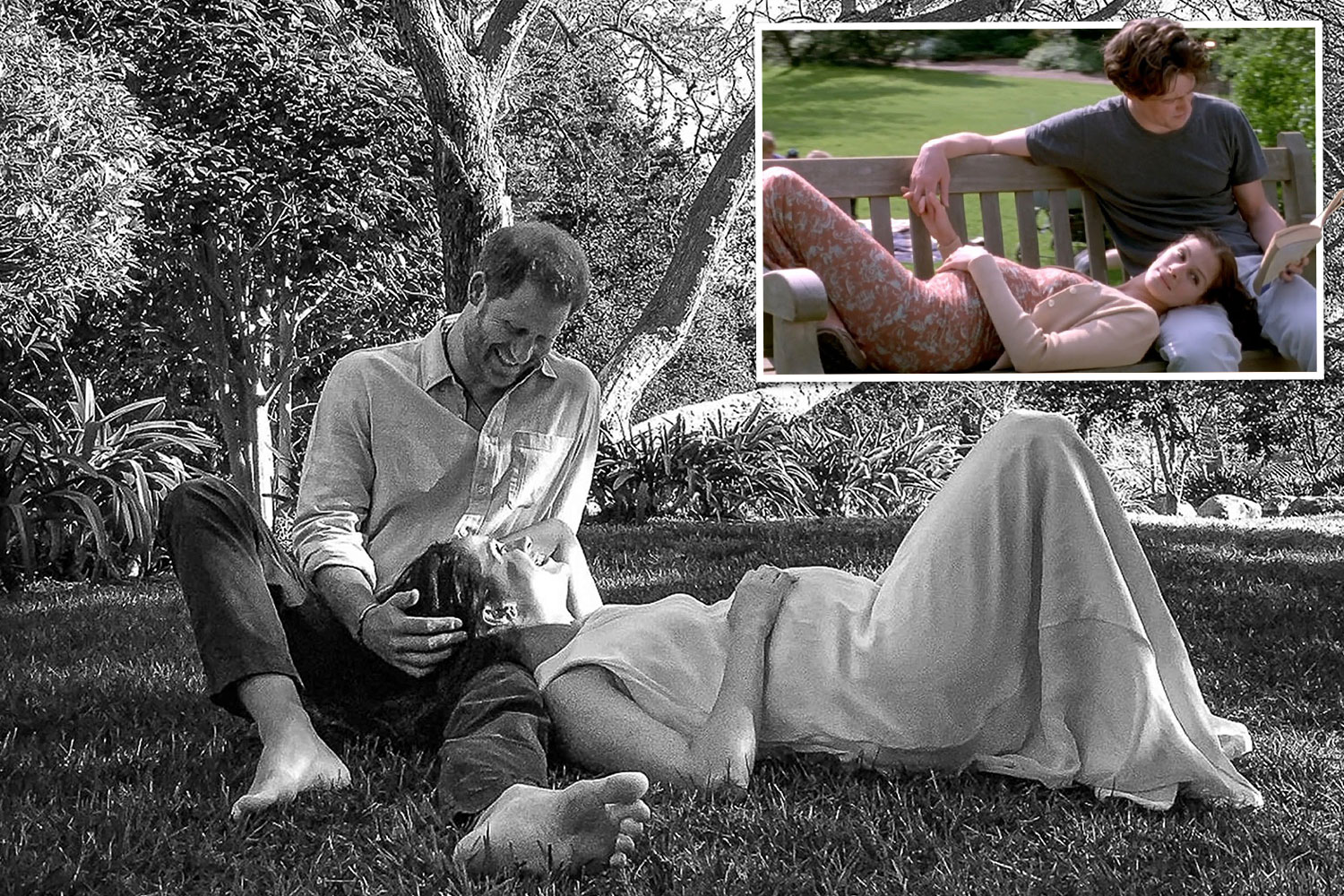 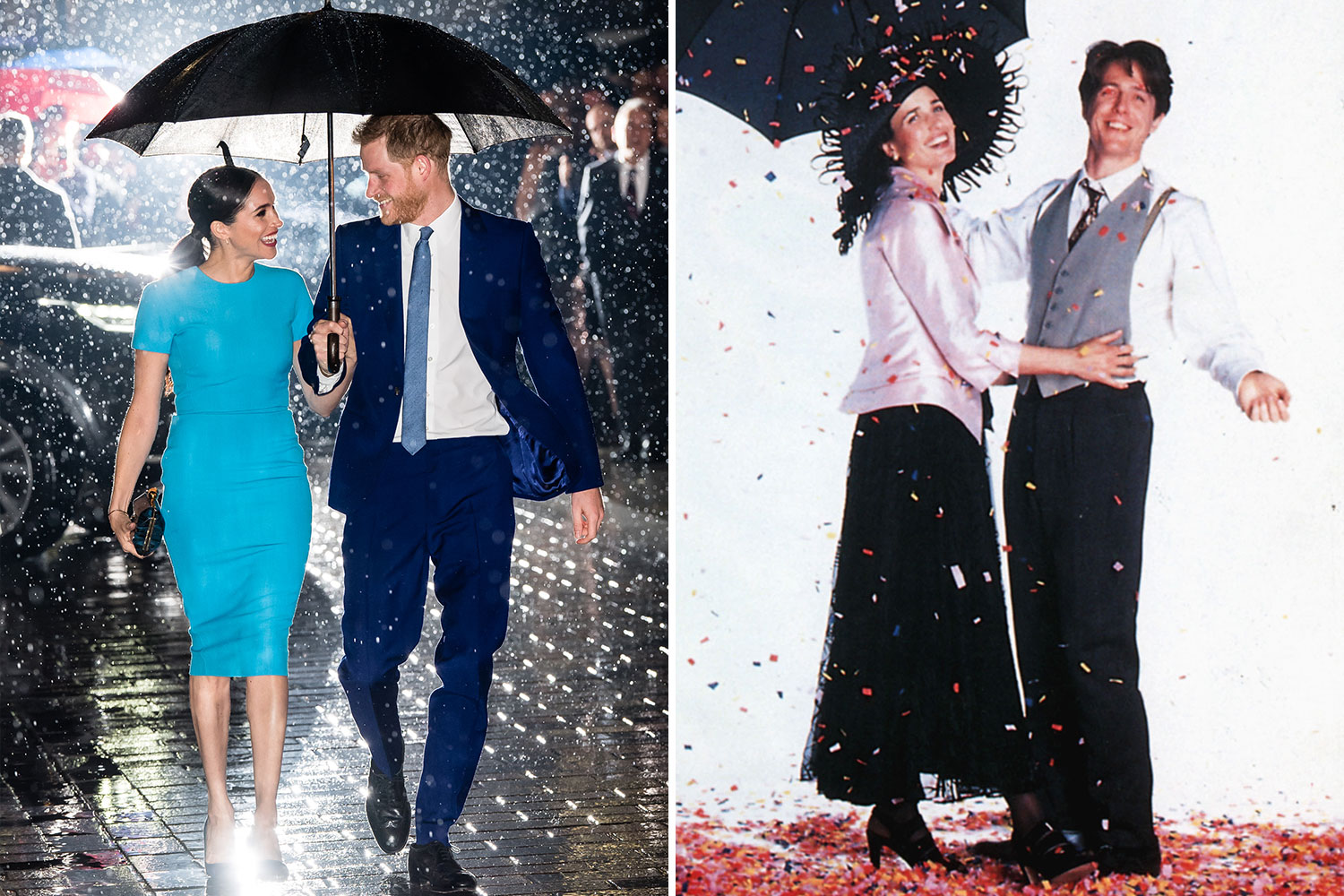 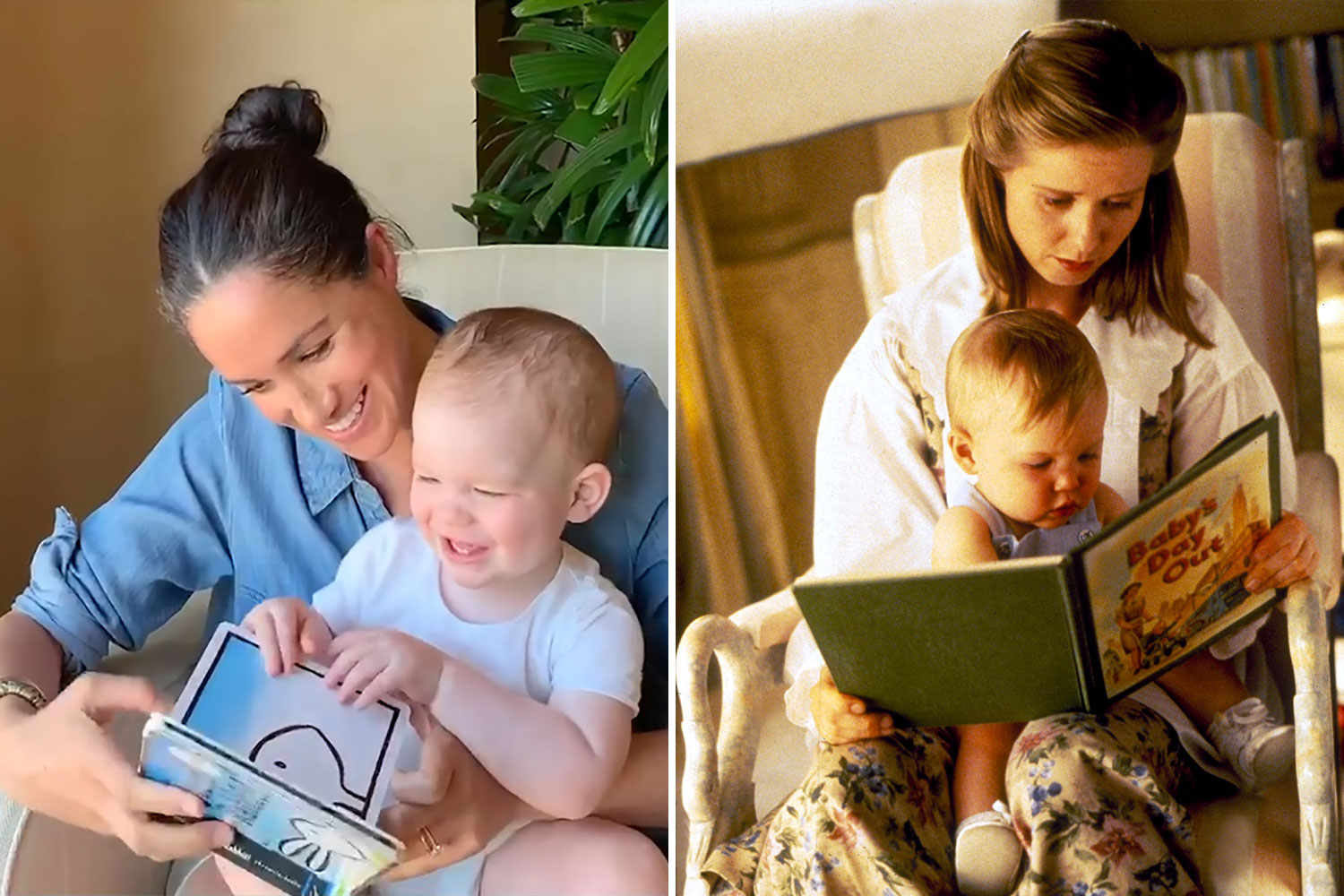 Harry has quickly slipped into that Tinseltown way of life where everything has to be done in an over-the-top fashion.

The photograph of him and his pregnant wife sitting under a tree — shot in black and white to emphasise the drama of it all — is definitely a movie shot.

It was clearly directed by Meghan and shot remotely by a friendly cameraman over a ­smartphone. All very clever but you know what? Royals don’t behave like that.

When Diana announced 37 years ago that she was pregnant with Prince Harry it came in a statement from the Palace press office, which is the proper, time-honoured way to do these things.

And Meghan is no Steven Spielberg because the thing that disturbed me — and many others it seems — was Harry’s horrible feet dominating the foreground. Those are feet that should best be kept firmly in Army boots.

I just wish Meghan would not feel the need to outdo every other member of the Royal Family.

The Duchess decided to create a life for her and Harry in America with all her posh showbiz friends, but when it comes to making an announcement she just wants to upstage everybody. 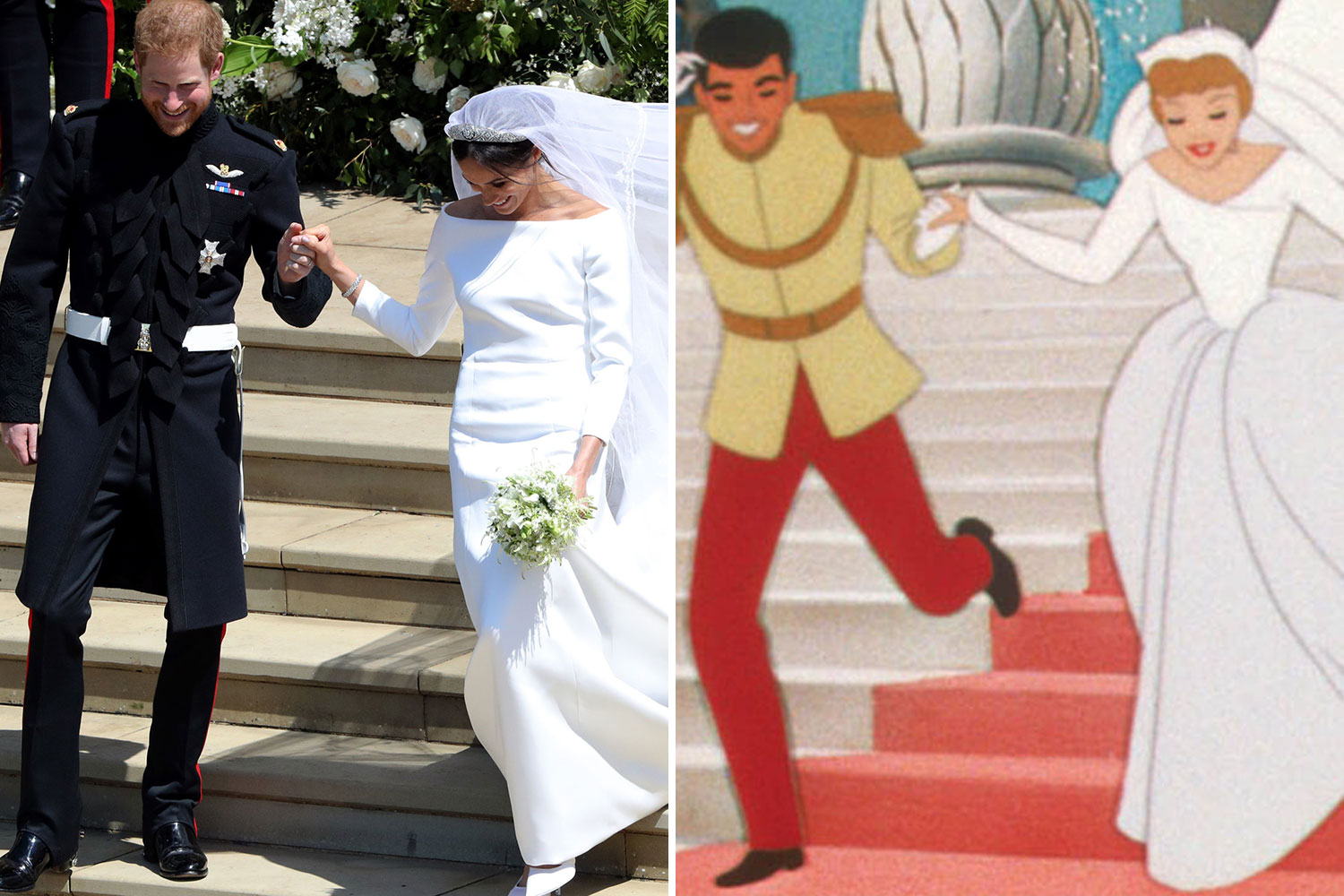 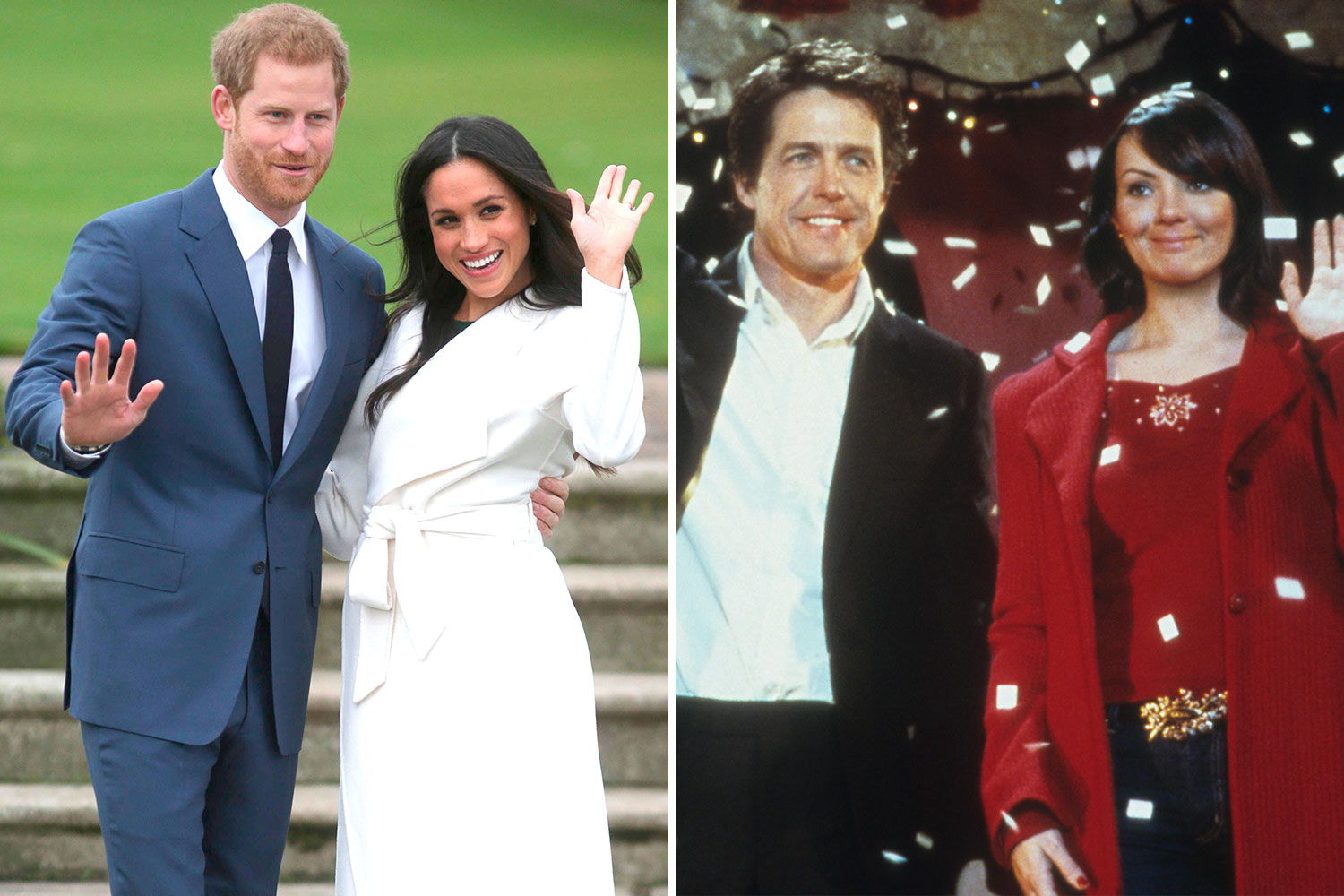 Princess Eugenie recently had her baby son and announced his arrival with the minimum of ­fanfare.

Zara Tindall, a minor royal like Meghan, is about to have her third child soon and you can guarantee there will be little fuss — just an announcement from the Palace with the weight and time of birth and news that the Queen is delighted.

But Meghan controls everything.

When she gave birth for the first time, Archie was almost teething before we knew he’d been born. On her and Harry’s wedding day — when they posed with their backs to the camera looking at a ­firework display just like in The Great Gatsby — what Meghan said went. The church was packed with Hollywood A-listers, many of whom had never met the bride or groom before.

In May 2018, Oprah was among the congregation who watched Meghan, with only her mother Doria from her side of the family, create the image of a poor lonely girl swept off her feet by a ­fairytale prince.

I was kept 500ft away when Meghan and war hero Harry in uniform came down the steps of the Chapel Royal in Windsor — just like Cinderella in the ­Disney movie.

Even after last week’s High Court privacy case there are still lots of questions about that day.

Why didn’t Harry meet her father, make peace and persuade him to go to the wedding?

If she’d have wanted that to happen it would have. Meghan didn’t want it.

Even when Harry and Meghan announced they were leaving the Royal ­Family, they were pictured under an umbrella.

That was just like in Four Weddings And A Funeral or Singing In The Rain. It was the best royal picture of the year in my view and Meghan sparkled that day because when you are a trained actress that’s what you do.

The world is literally Meghan’s stage to portray herself in the best way possible. She is making everything they do very, very showbiz.

This is the life that Harry seems to have accepted and I feel very sad about it.

The Queen gave the Sussexes until next month to come back to Britain — but looking at this latest picture it seems there’s very little chance of that.