The US President and first lady Melania Trump arrived in the UK this morning for their three-day UK state visit. They arrived at Buckingham Palace just after 12pm, for a ceremonial welcome attended by the Queen, Prince Charles and Camilla. But when greeting all of the senior royals, Mrs Trump chose not to curtsy, as is tradition.

Instead, the First Lady chose to greet the Queen with a handshake, something the President and his wife opted for last year during their official visit.

Even though this goes against tradition, a handshake greeting is permitted.

According to the Royal Family’s official website: “There are no obligatory codes of behaviour when meeting the Queen or a member of the Royal Family, but many people wish to observe the traditional forms.”

The guideline notes: “For men this is a neck bow (from the head only) whilst women do a small curtsy. Other people prefer simply to shake hands in the usual way.” 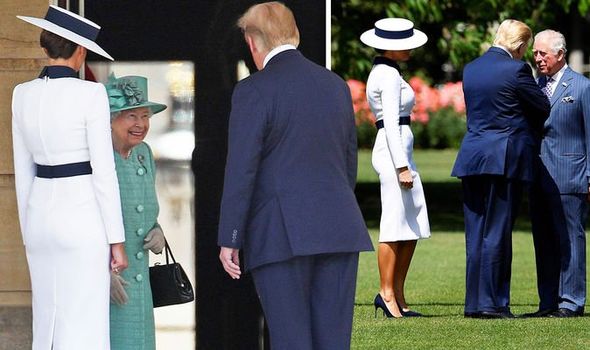 But Mr Trump was not the first US President to elect to shake the Queen’s hand, rather than bow.

Former President Barack Obama made the same decision during a 2016 visit to Windsor Castle.

He will meet several senior royals, including the Queen, Prince of Wales and Prince Harry an attend a banquet at the Palace where Trump and the Queen will make speeches in front of 170 guests. 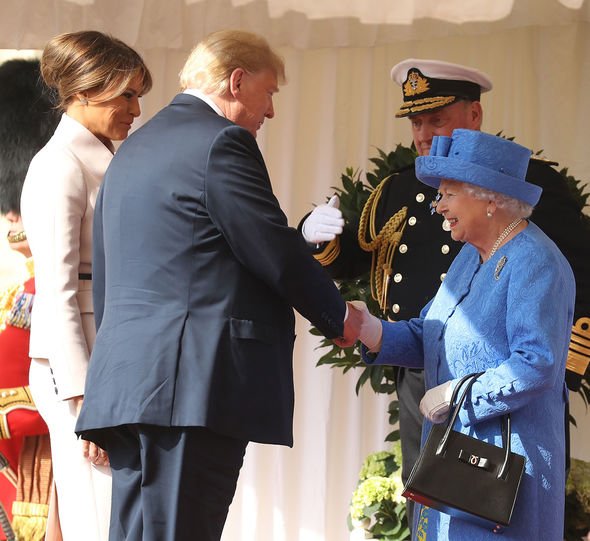 The US President will also meet with key political figures, such as Theresa May and Irish Taoiseach Leo Varadkar.

On his final day, Trump with join the Queen and Prince Charles at Southsea Common in Portsmouth to commemorate the 75th anniversary of D-Day.

D-Day was the biggest sea-borne invasion in history and started the liberation of German-occupied France, from Nazi control and represented the beginning of the Allied victory on the Western Front.

The Normandy landings, were helped by American troops, with 1.5million US troops having been shipped into the British Isles in the lead up the operation.