Mermaids gave ‘trans awareness training’ to police force that has failed to open probe into claims it sent ‘chest binders’ to children without parental knowledge.

A police force under pressure to investigate controversial transgender children’s charity Mermaids received ‘trans awareness training’ from the organisation, it has been revealed.

Mermaids, which is based in West Yorkshire, confirmed they provided ‘support training’ to some officers from the county’s police force, as well as others in Merseyside, in 2019.

The revelation comes days after Prime Minister Liz Truss appeared to back calls for the police force to investigate the Mermaids over safeguarding concerns.

Mermaids has faced increased scrutiny in recent weeks amid claims it has sent ‘chest binders’ to children without parental knowledge.

A member of the charity’s board also quit after giving a speech at a conference hosted by an organisation that promotes services to paedophiles.

And the group’s online help centre has reportedly also been offering advice to teenagers that hormone-blocking drugs are safe and ‘totally reversible’.

In recent years, West Yorkshire Police has launched a number of hate crime probes following complaints by Mermaids staff about comments directed at them over social media. 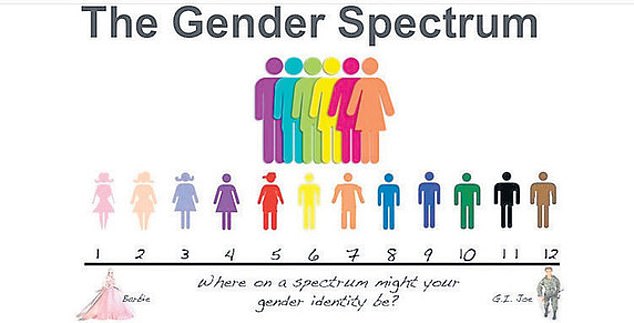 Police were shown this slide of the ‘gender spectrum’, which featured a Barbie doll at one end and a GI Joe toy at the other 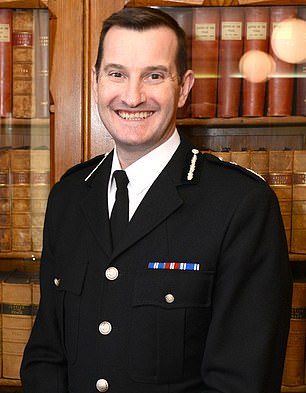 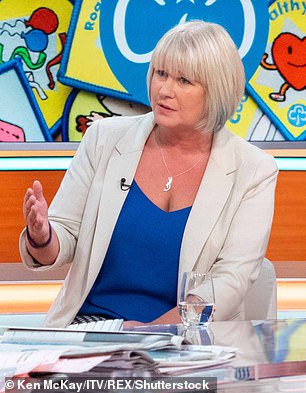 However, police have refused to comment on whether they will be investigating safeguarding concerns after they were raised by MPs.

The force also declined to say whether it was still receiving training from Mermaids, according to the Telegraph, raising questions over its impartiality.

‘Given the serious allegations of child safeguarding failures made against Mermaids in recent weeks, it is imperative that any investigation is seen to be impartial and transparent,’ barrister Laura Farris, Tory MP for Newbury, told the paper.

But images of slides used during the seminar, in February 2019, were ridiculed on social media.

Police were shown one slide of a gender identity ‘spectrum’, with a Barbie doll at one end, and a GI Joe toy at the other followed by the question: ‘Where on the spectrum might your gender identity be?’ 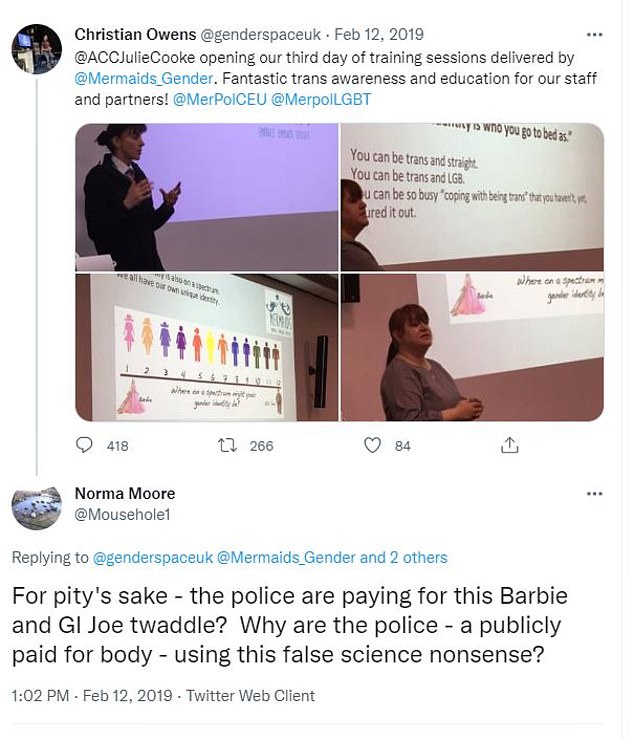 Social media users blasted the police force for attending the training, with one saying: ‘For pity’s sake – the police are paying for this Barbie and GI Joe twaddle? Why are the police – a publicly paid for body – using this false science nonsense?’

Another person raged: ‘This is unbelievably sexist and has NO BASIS IN SCIENCE. Why is public money being spent on this? It’s like funding religious brainwashing.’

While a third added: ‘They’re just making it up as they go along, total nonsense.’

The fears over the safeguarding concerns raised against Mermaids prompted calls from MPs for the police to step in.

Speaking at Prime Minister’s Questions in the Commons on Wednesday, Tory MP for Penistone and Stocksbridge Miriam Cates asked the PM if she agrees it is ‘high time’ for a police investigation into the charity to be launched.

Ms Cates told the Commons: ‘For years, despite whistleblowers raising alarm, Mermaids have had unfettered access to vulnerable children.

‘Does my right honourable friend (Liz Truss) agree that it’s taken far too long for these concerns to be taken seriously and does she also agree that it is high time for a police investigation into the activities of Mermaids?’

The Prime Minister replied: ‘It’s very important that underage teens are able to develop their own decision-making capabilities and not be forced into any kind of activity. What I would say on the subject of the investigation she raises, of course those matters should be raised and should be properly looked at.’ 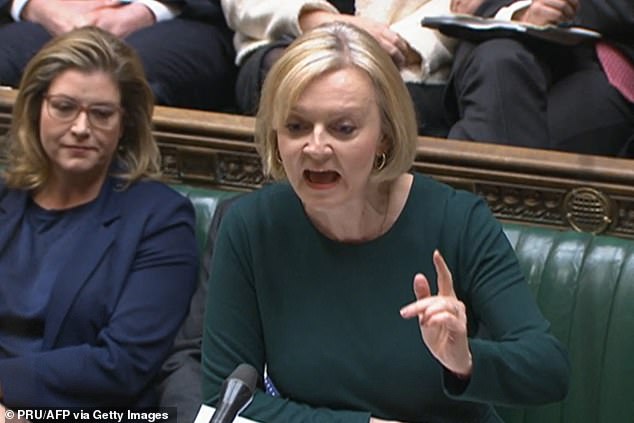 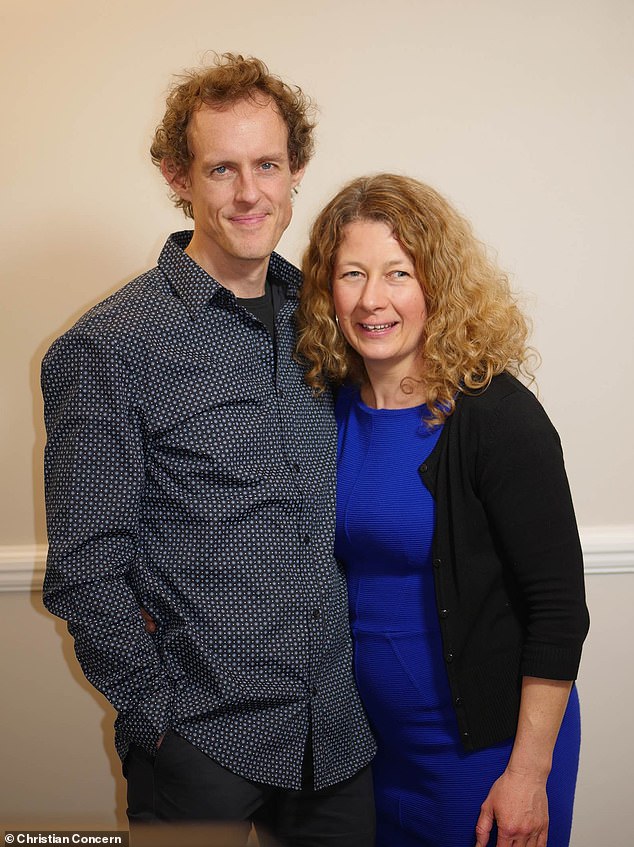 Christian parents Nigel and Sally Rowes won a legal case against DfE, which led to a £22,000 settlement for legal costs and a commitment from the Government to reform its trans policies

The Department for Education (DfE) has stopped recommending Mermaids as a mental health and wellbeing resource for schools – and campaign group Christian Concern have launched a new petition to the archbishop, calling for trans guidance to be withdrawn from Church of England (CofE)schools across the country.

It came after Christian parents Nigel and Sally Rowes’ legal victory against DfE, which led to a £22,000 settlement for legal costs and a commitment from the Government to reform its trans policies.

The Charity Commission has opened a regulatory compliance case into the organisation after a number of complaints, and it is the first step taken by the regulator, and not a finding of wrongdoing.

A spokeswoman for the commission said: ‘Concerns have been raised with us about Mermaids’ approach to safeguarding young people. We have opened a regulatory compliance case and have written to the trustees. We now await their reply.’ 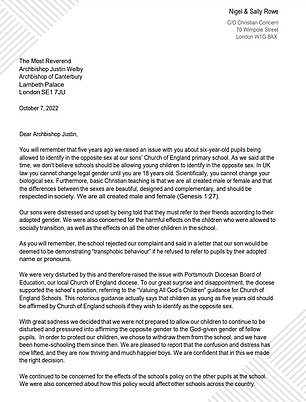 A spokesperson for Mermaids told MailOnline: ‘Mrs Cates’ attitudes to LGBT organisations are well-documented and this is not the first time she has criticised Mermaids. We will continue to provide crucial support for trans and gender-diverse young people and their families, and remain accountable to our service users and the public at large through the Charity Commission and other regulators.’

The Rowes took action against the department after they and their six-year-old son were accused of ‘transphobia’ by a CoE primary school for refusing to support transgender affirming policies.

In an open letter to the Archbishop of Canterbury, the parents – who withdrew their two sons from an Anglican school on the Isle of Wight in a row over its approach to trans matters – accused CoE schools of ‘violating the clear guidance’ from the Attorney-General by ‘forcing children to affirm the acquired gender of fellow pupils and failing to require basic steps to be taken to keep children safe’.

They claimed that when they raised concern with the CoE’s Portsmouth Diocesan Board of Education in 2017 about the influence of so-called ‘radical transgender ideology’ at the school, the ‘Valuing All God’s Children’ (VAGC) guidance was used to ‘dismiss and shut down their complaints’.

‘Mermaids had no involvement in or influence on the preparation of the guidance, published in 2017.

‘Initial copies of the guidance did include an annexe with a list of organisations working in this area, which was provided by the Government.

‘Although the text emphasised that the Church of England could not recommend or endorse any organisation as a resource, nevertheless the annexe was also removed three years ago for the avoidance of doubt.’