Met Office forecasters have warned an area of low pressure to the North West will bring dust from the Sahara across to the UK in the coming days. The low pressure is “feeding” winds “into the UK from the Canaries”. This could lead to brightly coloured sunrises and sunsets, and Britons could notice some dust settings on cars.

The Saharan dust warning comes after a spell of warmer weather across the UK this weekend, with temperatures lifting away from the Baltic winter lows of the past few weeks.

The Met Office tweeted: “Low pressure to our NW is feeding S’ly winds into the UK from the Canaries, allowing #Saharandust to be drawn N too.

“The recent satellite image below shows this in red.

“You may notice dust deposits on cars & colourful sunrises/sets next few days.”

Read More: Sub-zero conditions to return as snow not ‘ruled out’ for March 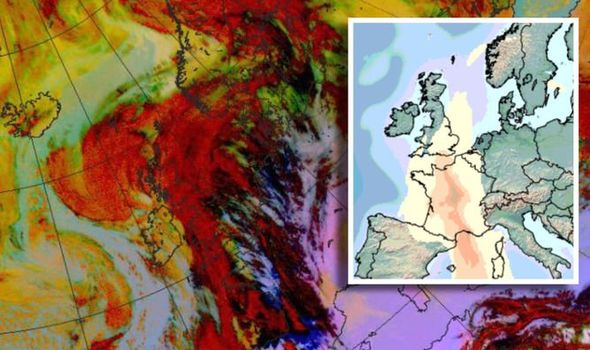 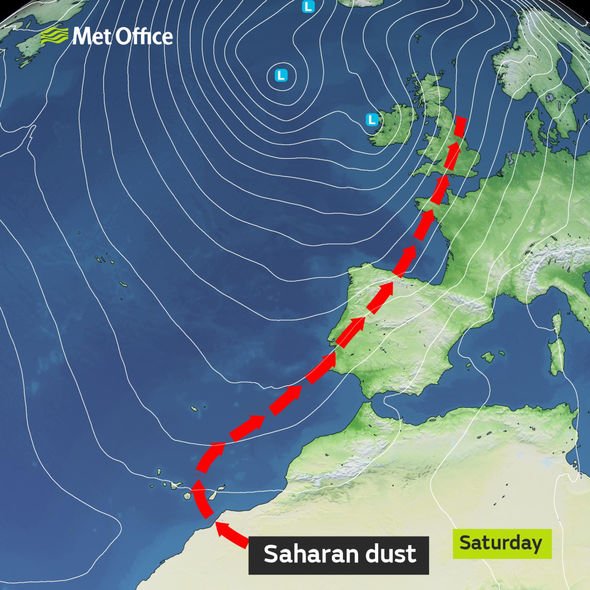 Maps show the dust cloud spreading across from the Sahara through France and on to the UK.

Some areas have seen mild temperatures this weekend, with the mercury lingering around 10C to 13C for much of the country.

However, Met Office warnings are in place for heavy rain over the weekend.

Yellow rain warnings are in place for Central, Tayside and Fife, Grampian, North East England, SW Scotland and Strathclyde until 11pm on Saturday. 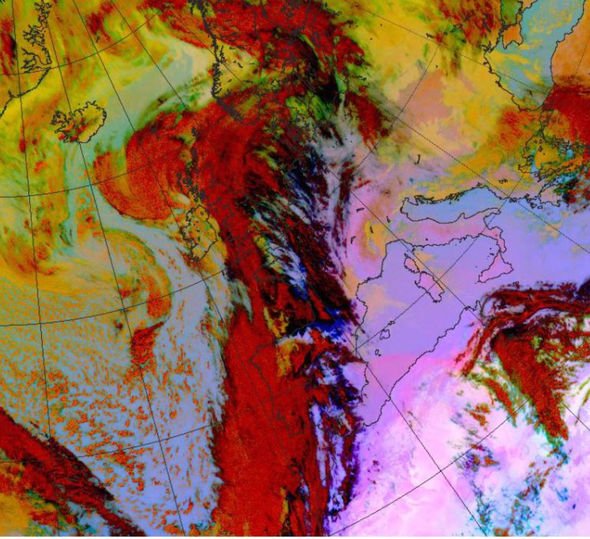 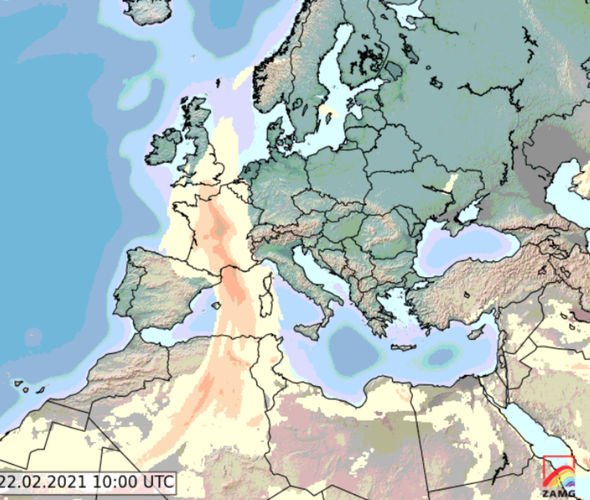 “Further snowmelt is expected across the Southern Highlands, contributing to the flood risk.”

Another yellow rain warning is in place for Wales until 10pm today, with up to 7.87 inches forecast in “the most exposed parts of the Brecon Beacons”.

The forecasters warn: “The cumulative effects of the rainfall on increasingly saturated ground mean that impacts are most likely to develop during Saturday.

“As well as heavy rain, strong to gale force southerly winds will be an additional hazard through Saturday.”

The Government has currently issued 111 flood warnings across England as the persistent rain continues.

There are 12 flood warnings in place, meaning flooding is expected – immediate action required. 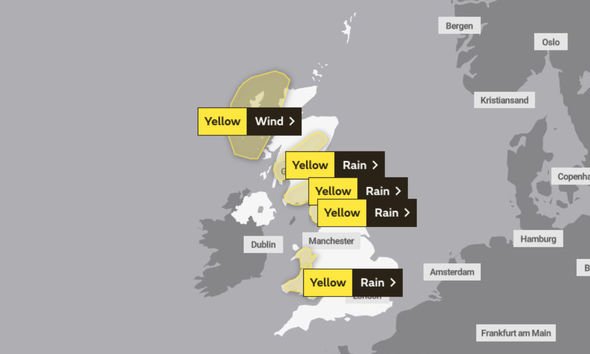 The flood warnings are for

There are also 99 flood alerts in place at the time of writing, a lower warning meaning flooding is possible – be prepared.

To see these warnings you can visit the Government’s flood alert site here.