Border Patrol agents have discovered the decomposed body of a Mexican migrant hanging from a tree in Texas and they believe he may have been murdered.

Breitbart was first to report on the gruesome incident.

Brooks County Sheriff Urbino Martínez confirmed to DailyMail.com on Tuesday that his office is awaiting a final autopsy from the Webb County Medical Examiner’s Office in Laredo, Texas.

‘It’s a very unusual circumstance surrounding that one. I’ve never seen one like that,’ he said. 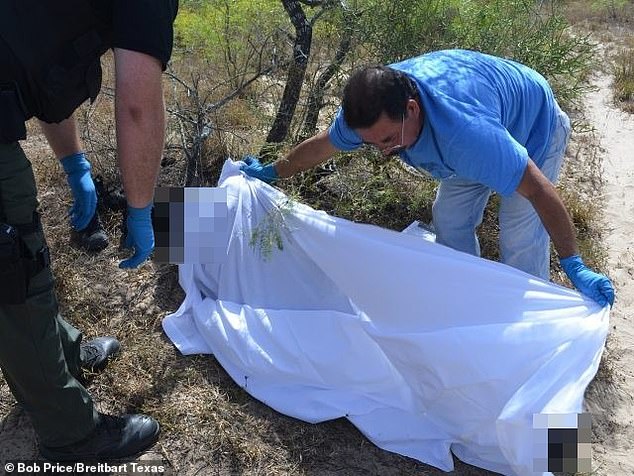 Breitbart was the first to report on the gruesome discovery of a migrant male found hanging from a tree in Brooks County, Texas, last Thursday

According to Martínez, investigators have been unable to determine whether the man was hanged or if he had taken his own life.

For now, the incident is being categorized as a potential homicide.

Deputies were able to locate one of the victim’s feet which were removed by wild animals roaming the terrain, Martínez said. A search was still being conducted to locate the other foot. 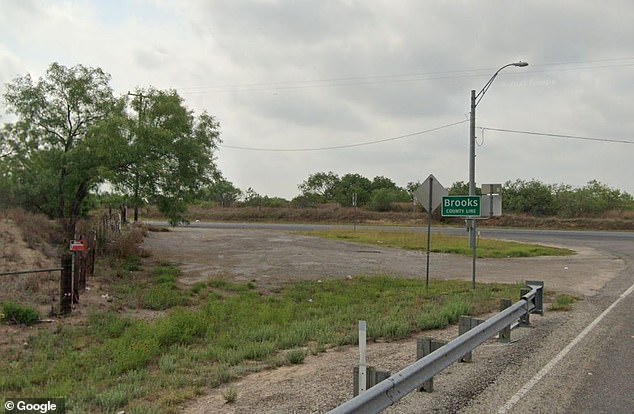 The Brooks County Sheriff’s Office in Brooks County, Texas, has found the bodies of 99 migrants during the first nine months of 2021. Deputies reported 34 migrant deaths in 2020

Authorities onsite also recovered two identification cards of a Mexican man. However, it’s unknown if the documents belonged to the victim.

The hardest part of investigation, Martínez acknowledged, will be coming into contact with anyone who may have accompanied the victim across the United States-Mexico border and who would be willing to provide authorities with details of what may have transpired.

‘It’s very unusual because we never had that type of scenario,’ he said. ‘We want to make sure we look at it more closely.’

Since 2009, the Brooks County Sheriff’s Office has recovered the bodies of 800 dead migrants. 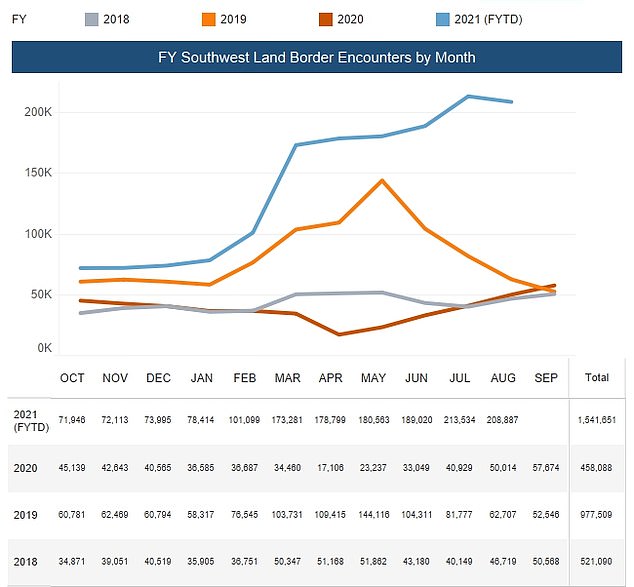 However, Martínez believes that for every migrant whose remains have been found in the last 12 years, five more were never discovered in the sandy ranch land terrain.

The bodies of 99 migrants have been found during the first nine months of 2021. Deputies reported 34 migrant deaths in 2020.

‘We try to factually tell people how bad it is this year. Some seem to understand, but many claim we are making this up,’ Martínez said in an interview with Breitbart. ‘This death, while an extreme situation, is yet another example of the tragic deaths occurring here.’

The totals were fewer than the 213,534 encounters in July, but still represents a 317 percent increase in crossing from August 2020, when there were 50,014 encounters.