Videos on social media and local media showed thousands of partiers defying both the COVID-19 pandemic and the Florida beach town’s curfew after it started at 8 p.m. Saturday.

Even as police SWAT teams rolled in to block the streets and used piercing sound cannons to try to clear the completely packed streets, the parties continue to rage for hours, a reporter for the Daily Beast noted from the scene.

Videos shared on social media showed some standing among the masses to throw out money — while another showed women twerking atop cars long after the curfew was supposedly enforced.

At least one woman climbed on top of a police vehicle to dance provocatively, the Miami Herald noted.

Police ultimately fired pepper balls at the crowd, the Daily Beast said — with wild videos showing a mad stampede in the still-packed crowd.

Several people were knocked to the ground — including one man who expertly held a Hennessy bottle to protect it from smashing, the outlet noted.

It wasn’t immediately clear if anyone was injured, and Miami Beach Police has yet to announce if there were any arrests. The streets were not fully cleared until close to midnight — a full four hours after the curfew started, the Miami Herald said.

Local officials enforced the curfew after mass fighting and a rise in crime among the mass of spring breakers who are also defying coronavirus-safety protocols, they said. 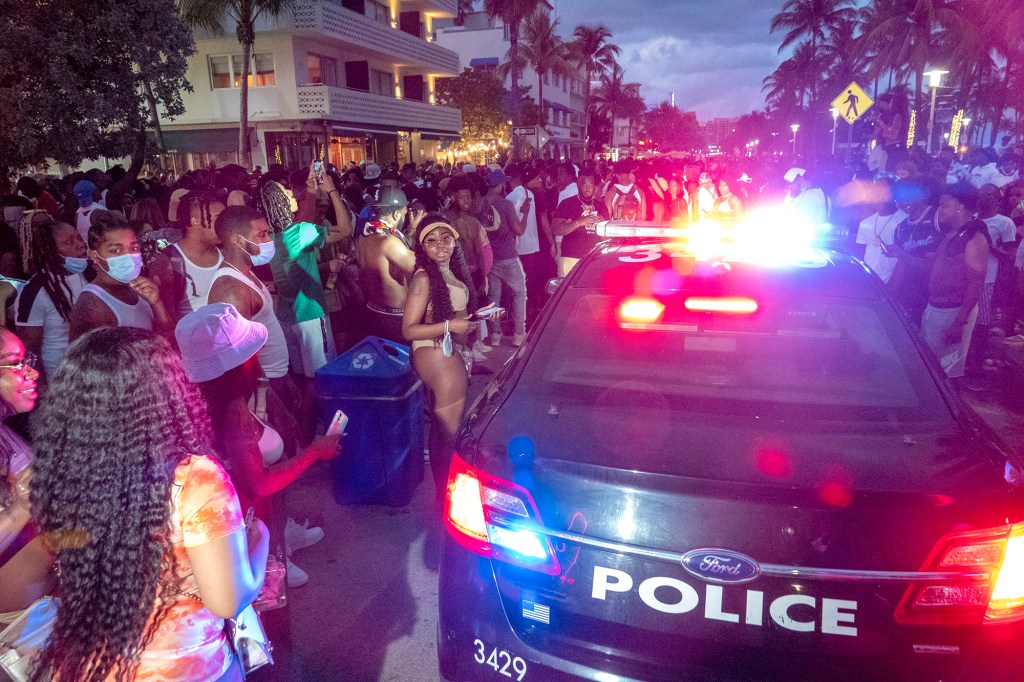 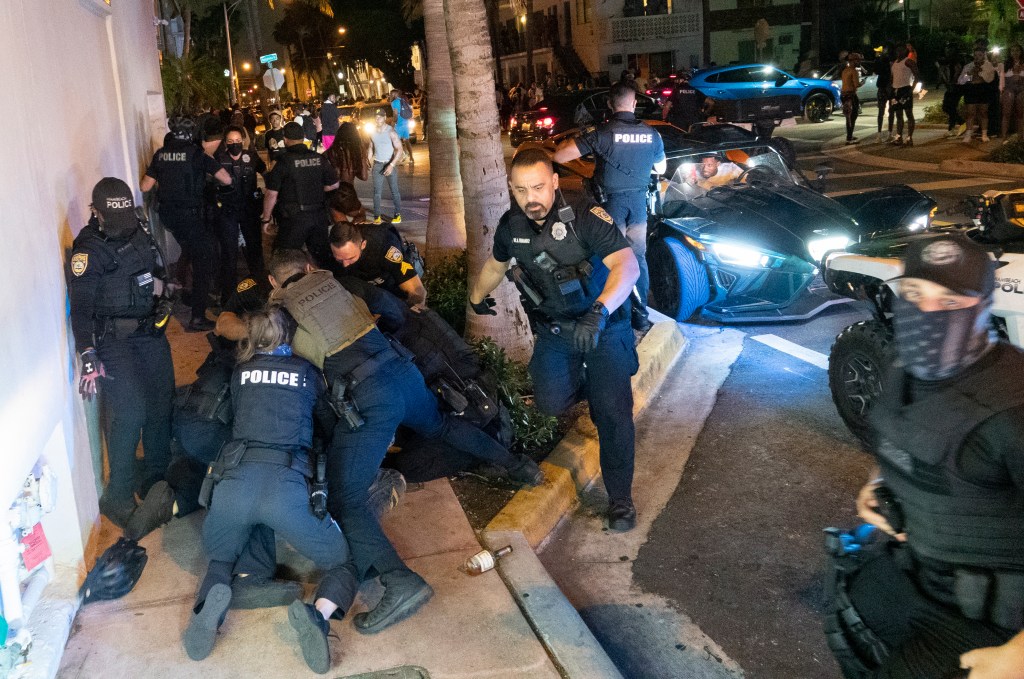 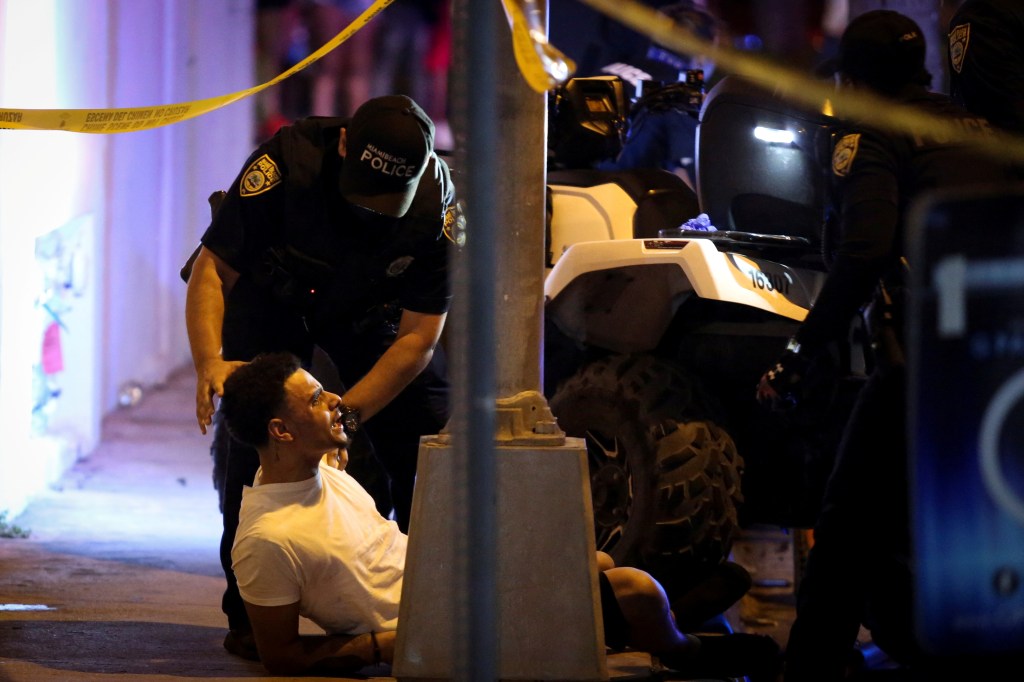