Michael Gove today hinted that ‘Covid certificates’ might not go ahead as he admitted the arguments are ‘finely balanced’.

The Cabinet Office minister, who has been conducting a review into the idea, said there were ‘benefits’ in a system of proof for negative tests and vaccines that could help reopen parts of society.

But he said there was also a lot of ‘hassle’ and ‘friction’ attached, and pointed out that Israel has already suspended its scheme. He suggested that even if certification is introduced it might not be by June 21 – meant to be the final stage of the government’s unlocking roadmap – and it would be time-limited.

The comments came as Mr Gove gave evidence to the Commons Public Administration and Constitutional Affairs Committee this afternoon.

Tory MPs have been voicing deep disquiet about the civil liberties implications of a certification scheme, stressing that if cases are low it should not be necessary. Boris Johnson has already made clear there is ‘no prospect’ of proof being needed to do things like drink in a pub from June 21.

The review had been due to report this month, but that has now been delayed until the week of June 7 when the Commons returns from recess.

‘We have been looking at every stage the impact certification might or might not have on the economy,’ he said.

‘So, to take a case in point, if it is the case that we want to see the restoration of Premier League football, which I certainly do, then in order for that to happen we would want to have, and indeed Premier League teams would also want to have, their stadia full to maximum capacity. 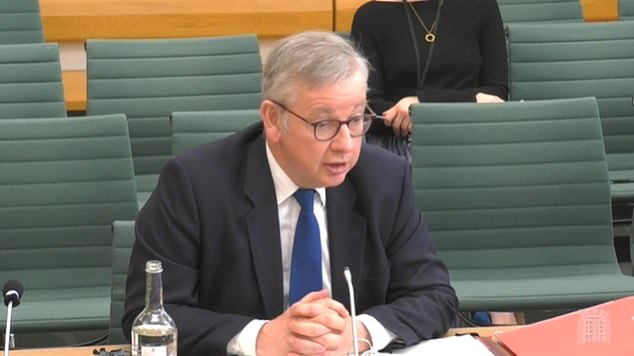 Michael Gove, who has been conducting a review into the idea, said there were ‘benefits’ in a system of proof for negative tests and vaccines that could help reopen parts of society. 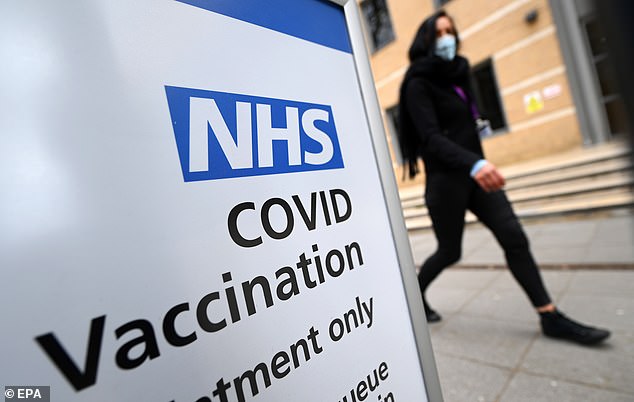 The review into Covid certification had been due to report this month, but that has now been delayed until the week of June 7 when the Commons returns from recess

‘Certification may play a role in that if the alternative were to, for example, to continue with social distancing and other forms of restrictions such as crowd capacity limits.

‘So, in that sense, and that is just one example, the deployment of certification and the investment in that infrastructure would enable the economic and social life of the country to return more quickly and safely.’

But Mr Gove said there were ‘frictional costs’ involved with certification as testing would have to be continued for those who had not been vaccinated.

Asked how balanced in his view were the costs and benefits of such a scheme, he replied: ‘Finely balanced.’

He said the advantages had to be set against the ‘hassle factor’ of implementing them.

The UK has been examining the Israeli ‘green pass’ model, but Mr Gove highlighted that the scheme has recently been suspended due to the high uptake of vaccinations in the country.

He said even if a similar scheme is brought in for the UK it will be ‘for a time-limited period’.

Gove said there was not an ‘ironclad’ link between the June 21 date earmarked for the next stage of the road map out of lockdown and the possible introduction of Covid status certification.

‘People have quite rightly linked Covid status certification to stage four. There’s no absolute necessary ironclad inviolable link between the two,’ he said.

‘But, naturally, as we contemplate reopening at stage four, people will understandably want to know what our approach towards certification will be and how that will operate.’ 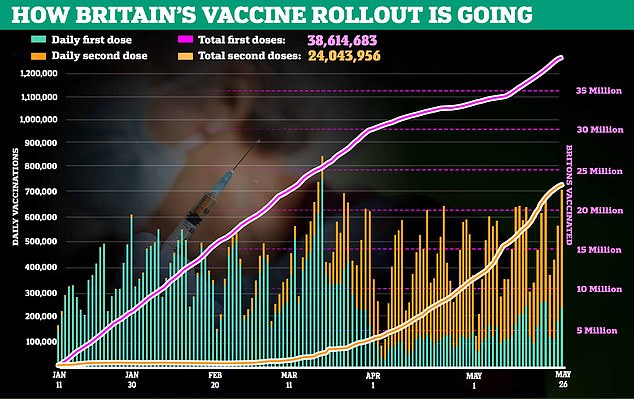 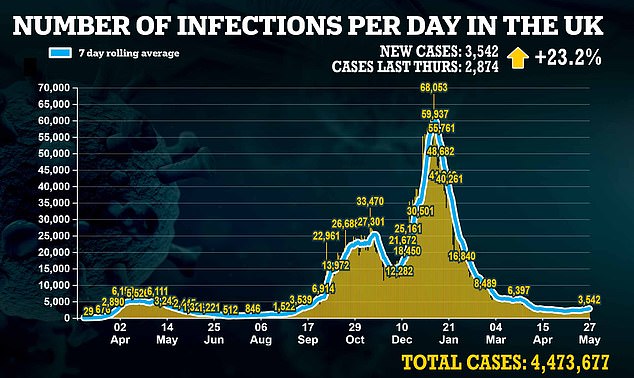 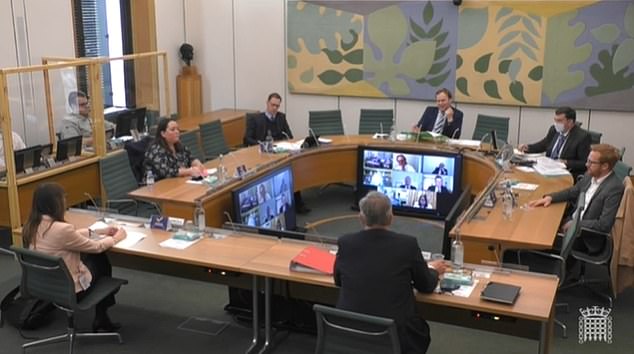 ‘You can never make any venue or any activity completely safe and … even two doses of vaccination doesn’t automatically inoculate someone completely against the risk of infection, transmission or, indeed, ill health.

‘What it does do is dramatically reduce the risk. If one can have confidence that people in a venue have been vaccinated or have immunity in another way, or have recently received a valid test which confirms their negative status, then you can know that that venue will be safer.

‘Set against that, of course, has to be the question about the cost and indeed the … hassle factor that certification will involve, so it always has to be a balance between the two.’