Burkina Faso’s government has been overthrown by a military coup, in the second takeover in just eight months.

Sounds of gunfire were reported at presidential palace earlier today and soldiers were seen blocking main roads in the capital Ouagadougou.

Damiba himself gained power through a military coup in January, by overthrowing former President Roch Kabore.

Like Damiba, Traore said that a group of officers took power due to worsening security due to armed uprising from insurgents who are affiliated with Al-Qaeda and the Islamic State.

The borders of the West African nation have been closed indefinitely and Cpt Traore said all political and civil society activities are suspended. 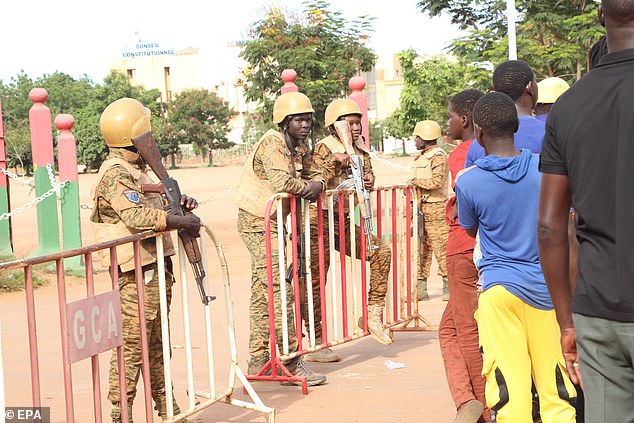 A military coup has overthrown Burkina Faso’s junta, in the second takeover in eight months after gunfire broke out at presidential palace 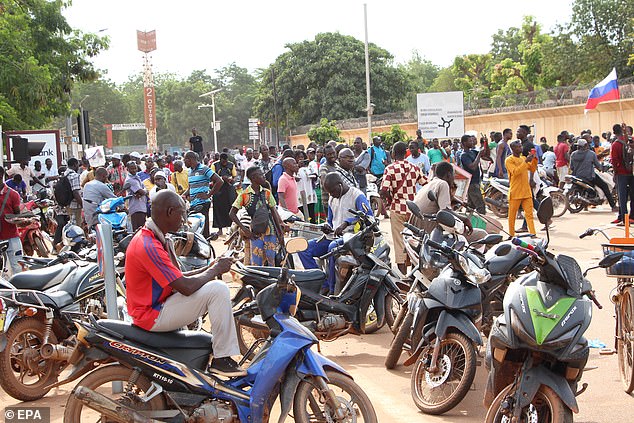 People gathered on the street in Ouagadougou, Burkina Faso, after gunshots wereheard near the presidential palace 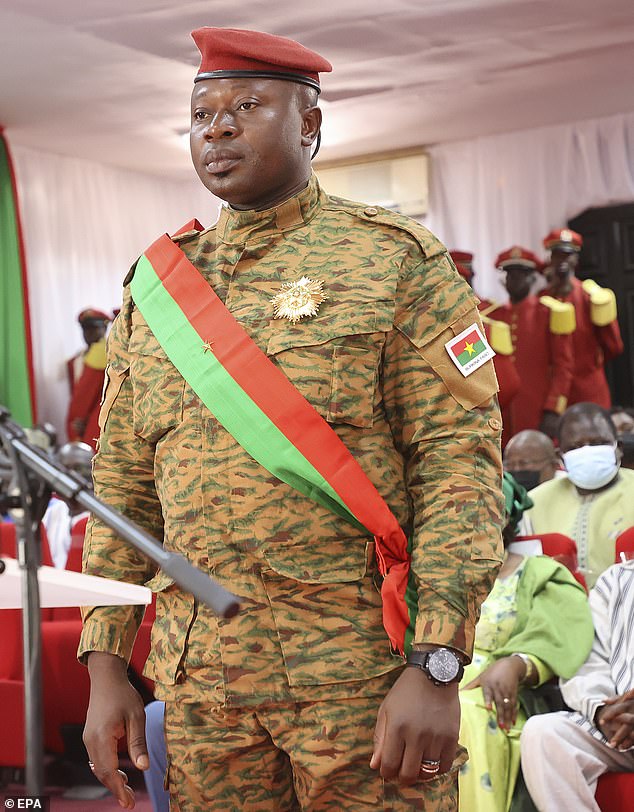 Military leader Paul-Henri Damiba, who took power in January through a coup, has now been deposed

Earlier today the Burkina Faso government admitted an ‘internal crisis’ within the army was behind troop deployments in key areas of the capital, saying negotiations were now underway after shots rang out before dawn.

Gunfire was heard around the presidential palace and headquarters of the military junta, which itself seized power in a coup last January, witnesses told AFP.

The transitional government said the developing situation was linked to an ‘internal crisis in the army’, after AFP journalists saw troops block several main roads in the capital Ouagadougou.

‘I heard heavy detonations around 4:30 am (0430 GMT) and now the roads around my home have been sealed off by military vehicles,’ said a resident who lives close to the presidential palace.

During the morning, more shots had rung out an AFP video journalist said in the Ouaga 2000 neighbourhood that houses both the presidential and military junta headquarters.

Bilgo said the ‘crisis’ was based on army pay claims, and that junta leader Lieutenant-Colonel Paul-Henri Sandaogo Damiba was taking part in discussions with the men.

The state television was cut for several hours, broadcasting just a blank screen with the message ‘no video signal’.