The close relationship between Theresa May’s government and Huawei was laid bare last night as Donald Trump prepares to fly to the UK.

The Daily Mail can reveal that since she became Prime Minister, ministers have held no fewer than 14 meetings with officials from the Chinese tech giant.

Mrs May herself held a meeting with a Huawei boss, and Matt Hancock – now a candidate to replace her as Tory leader – has met officials four times.

Last month Mrs May sparked a transatlantic row after it emerged that she is considering allowing Huawei limited access to help build the UK’s new 5G network. 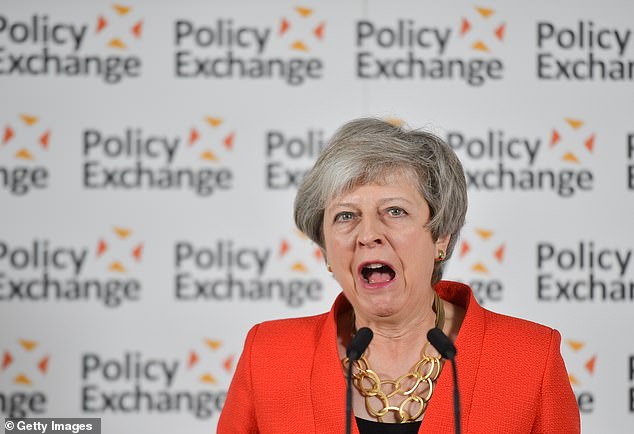 The Daily Mail can reveal that since she became Prime Minister, ministers have held no fewer than 14 meetings with officials from the Chinese tech giant

The US believe the Chinese government is using the company to spy on Western countries, and they have warned that it could threaten Britain and American’s intelligence-sharing relationship.

The concerns are expected to be raised by President Trump during his state visit.

The investigation also reveals that the Tories’ close relationship with Huawei goes back even further than Mrs May’s time in office, with both David Cameron and George Osborne having met officials from the firm when they were in government.

It’s clear there’s a major lobbying exercise under way, and I would love to know what was said and what was promised at these meetings.’

Between July 2016, when Mrs May took over as Prime Minister, and September last year, there were 14 meetings between government ministers and Huawei officials. That works out at around one meeting every two months. 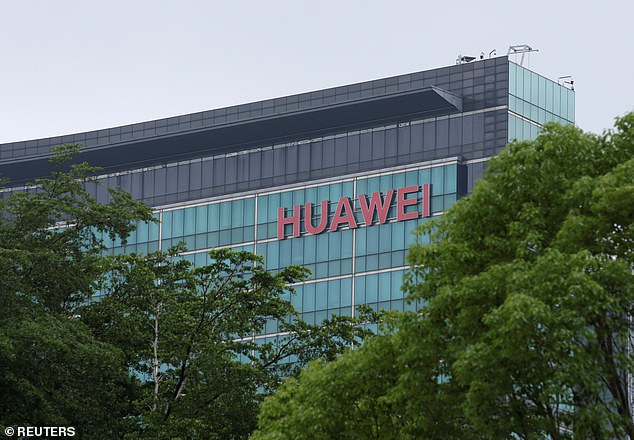 Mrs May herself held a meeting with a Huawei boss, and Matt Hancock – now a candidate to replace her as Tory leader – has met officials four times

The Prime Minister met Huawei Group chairman Sun Yafang in February 2018, during a trip to China. At the meeting, the company agreed a new £3billion commitment to the UK. At the time, Mrs Sun said: ‘Over the coming years we look forward to continuing to collaborate with our customers and partners to help keep the UK at the very forefront of the digital age.’

Records show that in October 2017, Damian Green, who was then Mrs May’s de facto deputy, had a meeting in Britain with Huawei to discuss ‘current and potential investment in the UK’. Mr Hancock met officials from the firm four times, three times as Culture Secretary and once as a junior minister in the culture department, between October 2016 and June last year. Subjects discussed included technology and the impact of Brexit on the telecommunications sector.

Separately, the register of members interests shows that Therese Coffey, a junior environment minister, accepted a £400 donation from Huawei in October 2016 in the form of a ‘conference business dinner’.

‘The security and resilience of the UK’s telecoms networks is of paramount importance,’ he said. ‘We have robust procedures in place to manage risks to national security and are committed to the highest security standards. Huawei is not in any sensitive networks, including those of the Government.’

Farage accuses ‘petty’ No 10 of blocking him from state visit

Nigel Farage claimed yesterday that he had been blocked by Downing Street from meeting Donald Trump during next week’s state visit.

The Brexit Party leader accused Theresa May of putting ‘Conservative Party unity’ above the national interest by asking the US President to avoid him. And he accused No10 officials of being ‘small-minded and petty’ for allegedly making the request to Mr Trump’s entourage. 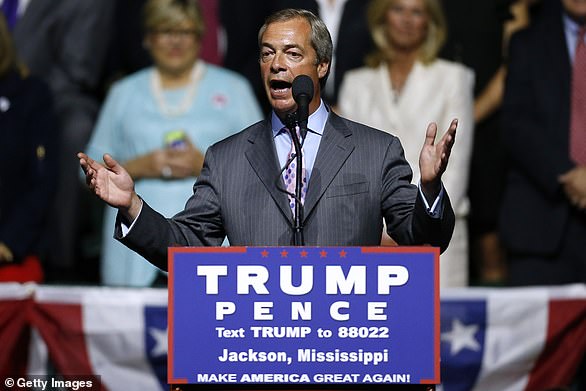 Mr Farage said: ‘You would have thought given our security relationship, our defence relationship, our trade relationship that if this country has somebody who is a friend of the US President… that this could be used as a resource. And yet the Conservative Party’s unity comes first.’ He added that his claims were backed up by a ‘very, very good source’ in Washington.

Mr Farage was the first senior UK politician to meet Mr Trump after he was elected – posing together by a golden elevator in Mr Trump’s New York penthouse. Earlier this week the President said he ‘may’ hold talks with Mr Farage and Boris Johnson during his three-day trip. ‘Nigel Farage is a friend of mine. Boris is a friend of mine,’ he said, adding: ‘They are two very good guys, very interesting people. I think they are big powers over there.’