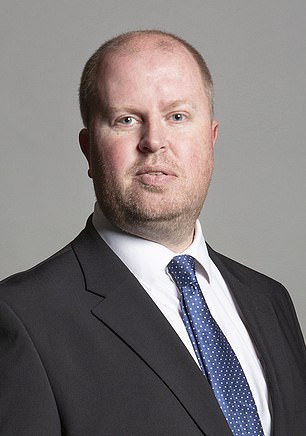 Ministers are set to close a loophole which prevents the constituents of disgraced MP Rob Roberts from forcing a by-election.

Mr Roberts was stripped of the Tory whip this week after being accused of ‘repeated and unwanted sexual advances’ towards a male staffer.

He could be barred from the Commons for six weeks today when a motion to suspend him is voted on.

But he does not face the threat of losing his seat.

‘This has gone through a new independent process and doesn’t have the same rules about the so-called recall process which is where constituents can essentially call for an election,’ he told the BBC.

‘Although it’s a decision for the House of Commons, I rather agree that this loophole does need to be closed.’

However, Boris Johnson insisted during Prime Minister’s Questions that Mr Roberts had received an appropriate punishment for breaching the rules.

Commons Leader Jacob Rees-Mogg said he will invite the ‘relevant bodies’ to consider whether the laws need to be changed to enable the recall process to be triggered, a Government spokesman said yesterday. 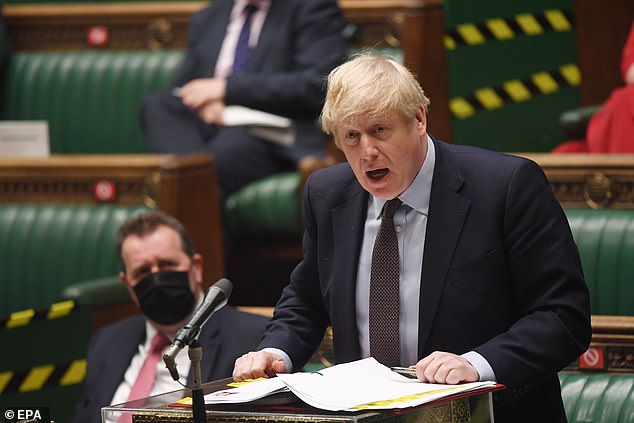 However, Boris Johnson insisted during Prime Minister’s Questions that Mr Roberts had received an appropriate punishment for breaching the rules

‘A case of this severity highlights the need to look again at whether the process is striking the right balance between protecting the confidentiality of complainants and ensuring consistency with other types of conduct cases.

‘The central aim of the Independent Complaints and Grievance Scheme is to help improve the working culture of Parliament and it will need to continue to evolve and improve over time.

‘The Leader of the House will invite the relevant bodies to consider whether any changes could be made in future to the process to enable recall to be triggered.’