The 24-year-old suspect charged with murder and attempted murder in the Minneapolis mass shooting last weekend is expected in court Thursday, days after a gun battle outside a nightclub left seven wounded and two dead, including a bystander killed hours before his college graduation.

Surveillance video obtained by police shows “scores of individuals” were standing or walking on the sidewalk in front of Monarch nightclub located at 322 First Ave. N. when the shooting began before 2 a.m. on May 22. The crowd soon “began to franticly flee the area or duck for cover,” according to a criminal complaint filed by the Hennepin County Attorney’s Office Wednesday.

Johnson, a University of St. Thomas student, and another individual were not involved with the activities at the club, according to the complaint, and had been walking through the area and had stepped out of an alley and onto the sidewalk just as the shooting began.

Johnson was fatally shot in the back while running away down the sidewalk. An autopsy shows he died from a single gunshot wound to the upper back that traveled into his chest, the complaint says.

His family said he had gone out with friends to celebrate before their graduation ceremony the next day. His sister, Camille Johnson, walked the stage in her brother’s place just hours after he was killed to accept his degree in mechanical engineering, Fox 9 Minneapolis reported.

“He was just trying to celebrate his college graduation with his buddies, trying to walk home, and was gunned down on the streets of what now is a broken city that I don’t know that I can go back into,” Charlie’s father, Greg Johnson, told KARE earlier this week.

The mass shooting, coupled with three children struck by stray gunfire in Minneapolis over the past several weeks, and the most recent shooting in George Floyd Square on the one-year anniversary of Floyd’s death, has brought continuing criticism on the defund-the-police movement.

Steve Cramer, president and CEO of the Minneapolis Downtown Council, argued that the defund-the-police debate fails to recognize the investigative strength and funds necessary for police to piece together such a complex event such as the nightclub shooting – and ultimately make an arrest.

“What’s not debatable is what they did in this case to hold people accountable for their behavior,” Cramer told the Minneapolis Star-Tribune, referring to police who investigated the shooting. “It’s a critical function that the ‘defund the police’ crowd doesn’t have an answer for.” 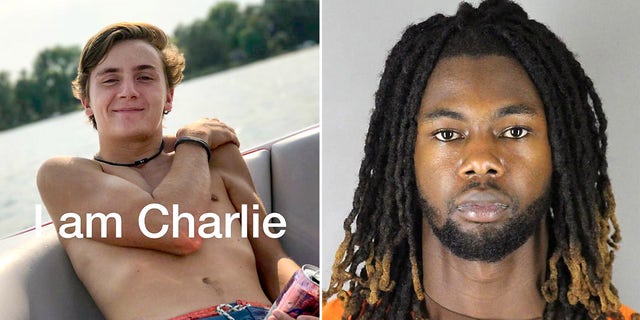 Charlie Johnson (left) was killed hours before his University of St. Thomas graduation when Jawan C. Carroll allegedly opened fire on a crowded street outside a Minneapolis nightclub on May 22.
(Greg Johnson/Facebook / Hennepin County Sheriff’s Office)

Minneapolis officials brought in federal and state resources to aid in investigations amid the recent surge in violence. No arrests have been made in the in the separate shootings of the three children. Trinity Ottoson-Smith, 9, was killed after being hit by stray gunfire while jumping on a trampoline in her backyard earlier this month. Ladavionne Garrett Jr., 10, and Aniya Allen, 6, were also struck by gunfire and hospitalized.

During remarks on the Senate floor Thursday, Sen. Mitch McConnell, R-Ky., said that the Democrats’ efforts to “defund police” has left American families “facing an explosion of violent crime on their streets and neighborhoods” from coast to coast. In 2020, Minneapolis saw homicides hit levels not seen since the 1990s, he said. And so far, 2021 is about doubling last year’s pace.

In the nightclub mass shooting, a confrontation was captured on surveillance video showing that Carroll and two associates had a verbal exchange with Jones’ group of companions at 1:57 a.m. before a member of Carroll’s group punched Jones in the head, the complaint says.

Carroll then pulled out a gun and began shooting at Jones when he was less than 5 feet away. Jones attempted to flee, but was blocked by the crowd in front of the club. Jones then stopped running, turned back to face Carroll, and with a gun in his right hand, began firing at Carroll.

The two men continued shooting at one another, with Carroll aiming north down the sidewalk at Jones, and Jones firing back southbound at Carroll. Jones eventually collapsed and died. An autopsy found he died from multiple gunshot wounds, including two to the chest.

Forensic examination and analysis of the bullets’ trajectory determined that Carroll’s shooting killed both Jones and Johnson and wounded the seven other victims, the complaint says.

Of the surviving victims, the most severely injured was a woman standing near the nightclub entrance when she suffered two long and deep gunshot wounds to her cheek and neck just below her left ear. A single bullet traveled within an inch of her skull, the complaint says. Another man suffered a graze wound under his right eye. Others were shot in an arm, buttocks or leg.

A few hours after the shooting, investigators learned Carroll and one of his associates lived in separate rooms at the Comfort Inn in Bloomington. Carroll was later arrested after the associate allegedly admitted to police that they both were in downtown Minneapolis when the shooting happened and identified Carroll in still photos taken from surveillance video showing the gunman.

Carroll remains jailed on the nine counts in lieu of $1 million bail ahead of his first scheduled appearance before a judge in Hennepin County at 1:30 p.m. Thursday, the Minneapolis Star Tribune reported.

At the time of the shooting, Carroll had pending felony cases, including second-degree assault and fleeing a police officer in a motor vehicle.