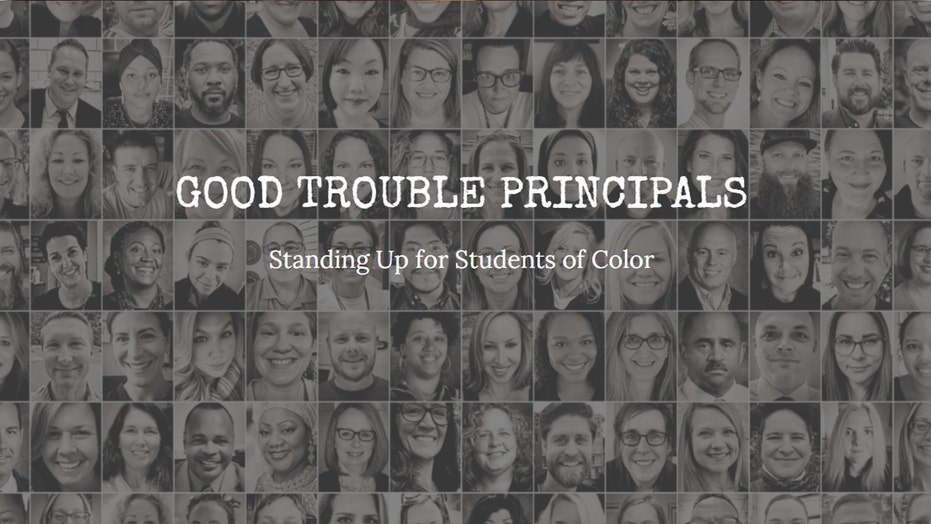 A group of 162 principals and assistant principals at Minnesota schools has invoked the late civil rights icon and former Georgia congressman John Lewis to push their goal of “de-centering Whiteness” in education.

The “Good Trouble Principals” describe themselves as “a loose collection of local principals bound together by a commitment to changing our nation’s future by engaging in better, more equitable education practices.”

“John Lewis said: ‘Do not get lost in a sea of despair. Be hopeful, be optimistic. Our struggle is not the struggle of a day, a week, a month, or a year, it is the struggle of a lifetime. Never, ever be afraid to make some noise and get in good trouble, necessary trouble,’” the letter reads. “The undersigned principals declare publicly today that we are making some noise and getting in good trouble.”

The letter states that the principals intend to do that by “de-centering Whiteness” and “dismantling the practices that reinforce White academic superiority” – which allegedly include standardized testing and “an Americanized version of a caste system in our schools.” 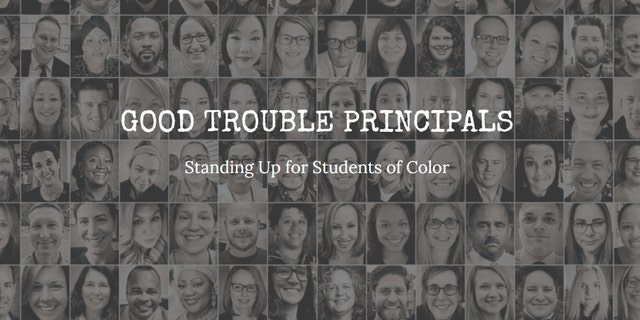 Mauri Melander Friestleben, a member of the group, said its concrete goals include “increasing varieties of student and school evaluations that go beyond the annual standardized testing process.”

Critics of standardized testing have said it offers an advantage to wealthy, White and Asian American families. Its detractors include New York’s progressive Rep. Jamaal Bowman, who described it as a “pillar of systemic racism” earlier this year.

“Traditional organized Whiteness ensures domination through forms like PTAs and Unions,” the statement reads. “We purposefully call out and lift up historically non-represented voices of color in our spaces to hold weight and power.”

Melander Friestleben said such groups have played a role in attempts to preserve segregated schools and to remove “contracted teachers of color without due process.”

“De-centering that means understanding that history in order to identify any present indicators that may be operating in that same light,” she told Fox News on Saturday.

Lifting up voices of color could include inviting an Indigenous parent as a guest speaker to discuss Native American geographical names like Minnesota, Minnehaha, and Minnetonka, she said.

Parents Defending Education, a grassroots organization that opposes liberal indoctrination in schools, uncovered the letter. The group said principals should focus on preserving diversity of thought and prioritize educational goals.

“John Lewis believed in diversity of thought and knew that every child needed to be literate and numerate if they were to have the agency and opportunity he so wanted for Black Americans and all Americans,” Erika Sanzi, the group’s director of outreach said on Saturday. “The idea that 162 principals think they are honoring his legacy by citing nonexistent research to defend prioritizing the ‘decentering of whiteness’ over the basic responsibility of teaching children to read, write and do basic arithmetic is troubling, but certainly not good trouble.”

Lewis was also a keynote speaker at the March on Washington in 1963, where Dr. Martin Luther King Jr. delivered his “I Have A Dream” speech. He was a lifelong advocate for civil rights, was one of the original Freedom Riders, and had been severely beaten on more than one occasion – in response to nonviolent protests. 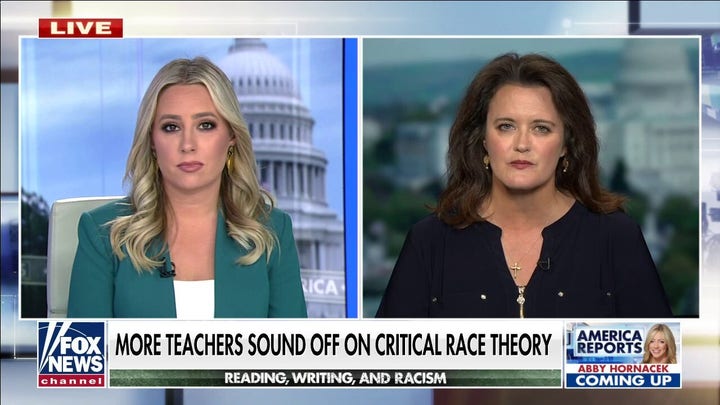 Days after the March on Washington, a group of Ku Klux Klan members bombed a Black church in Birmingham, Alabama – killing four children. The letter points to the racial integration of the city’s schools as a motive for that bombing.

“We write today, 57 years later, to say the fight for educational equality rages on,” the principals’ letter reads.

The principals also compared the education system which they help lead to the Berlin Wall, which separated East and West Germany until the collapse of communism in 1989.

“And though we are operating in realities where national educational leaders have never been educators and state educational leaders uphold whiteness as the standard, we also serve in a reality where some of us operate under local elected and appointed leaders that exhibit deep commitment and courage, but others of us do not,” the letter reads. “And yet still, we have fire in our bones and conviction in our hearts to see these walls come down like 1989 Berlin.”

The fall of the Berlin Wall on Nov. 9, 1989, was a major symbol of the end of the Cold War and the triumph of capitalism and democracy over communism and authoritarianism. It also paved the way for the reunification of Germany a year later. In the following decades, the country returned to being one of Europe’s leading economies. 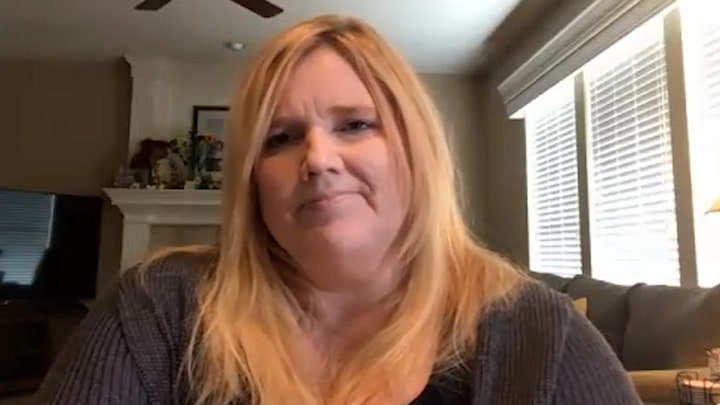 “Principals comparing their responsibility as educators in the United States in 2021 to tearing down the Berlin Wall is a red flag,” Sanzi said. “It shows that they subscribe to an ideology that is ahistorical and far afield from their obligations as educators of other peoples’ children. While they cheer the collapse of an authoritarian regime in 1989, their version of ‘good trouble’ seems pretty authoritarian.”

“Minnesota has been leading the country in educational outcome disparities amongst students of color and white students for almost two decades now. That’s the symbolism, for me, in walls coming down: seeing those outcomes tumble,” she told Fox News.

Good Trouble Principals began as a Facebook group, according to its website. The principals eventually drafted the statement to declare their position and “walk our talk.”

The Facebook group has more than twice as many members as the letter has signatures. Its description gives a shout-out to Abolitionist Teaching Network founder Bettina Love – whose work the White House recently said it cited in “error” and removed from its coronavirus reopening guidance for schools.

The Abolitionist Teaching Network has claimed that “Whiteness” is a form of oppression and accused the U.S. educational system of the “spirit murder” of “Black, Brown and Indigenous children.”