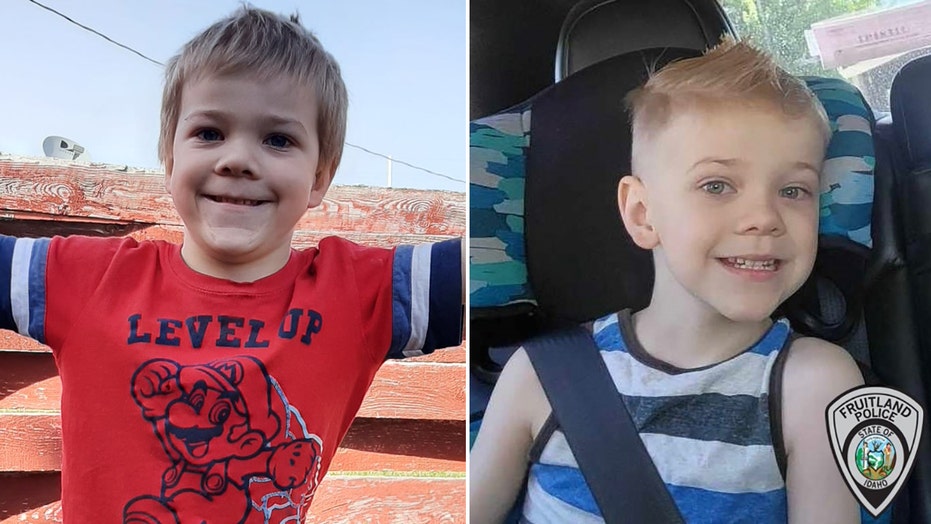 As the search for a missing 5-year-old boy in Idaho reached its 72nd day on Friday, investigators are seeking unidentified individuals who were seen on neighborhood surveillance videos.

Investigators were “encouraged” that those spotted on the videos could help authorities safely bring home Michael Joseph Vaughan, who vanished near his home in the small community of Fruitland on the evening of July 27, Fruitland Police said in an update.

“It’s very important to understand that these people are not suspects or persons of interest, but it is important to talk to each of them to help us complete the picture of the events that took place that evening,” police said. 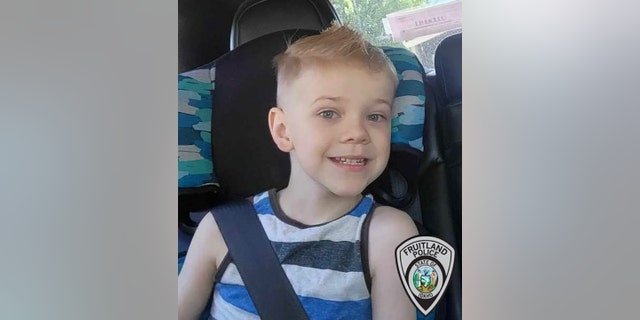 Vaughan, who answers to his nickname "Monkey," went missing near his home in Fruitland, Idaho, on July 27.
(Fruitland Police Department) 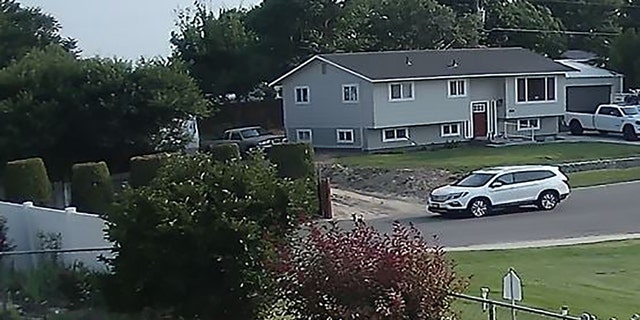 Investigators are seeking help in identifying the driver of a white Honda Pilot, model year 2016-2020, spotted on Southwest 8th Street at 6:47 p.m. on July 27. Police said the unidentified individuals are not considered suspects or persons of interest.
(Fruitland Police Department)

One male was described as having dark hair and facial hair, wearing dark-colored shorts and no shirt while jogging on the sidewalk near Crestview Park around 6:15 p.m. 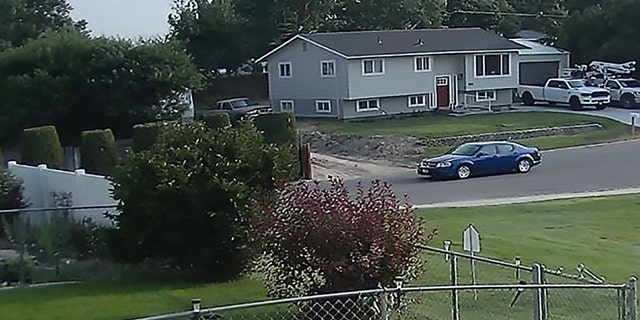 Investigators are seeking help in identifying the driver of a a blue Dodge Avenger, model year 2010-2011, seen driving on Southwest 8th Street at 6:56 p.m. on July 27. Police said the unidentified individuals are not considered suspects or persons of interest.
(Fruitland Police Department)

A second male was described as having dark hair, wearing a white t-shirt and black shorts. He was seen walking into the park area past the splash pad and toward the lower drainage behind the neighborhoods, police said.

In the more than two months since Vaughan went missing, investigators still do not know what happened to him. The long, exhaustive search has involved more than a dozen law enforcement agencies, K-9 units, dive teams, paragliders, and drones.

Last month, police said there was no trace of the missing boy in any of the recently harvested fields, including the cornfields that community members were concerned about. 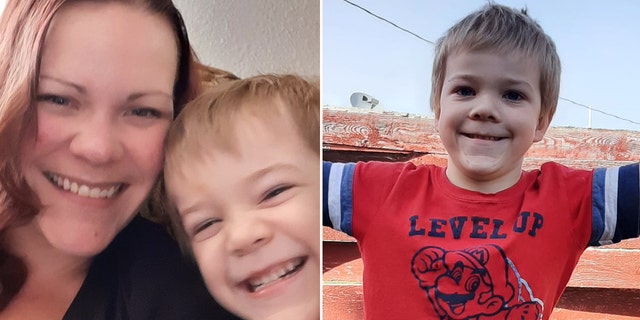 <strong>The family of missing 5-year-old Michael Joseph Vaughan has said that their "family is broken" while they hold onto hope that the child will be brought home</strong>.
(Fruitland Police Department)

Police said that investigators, including state police and the FBI, remain “committed to scrutinizing every detail” in the investigation. A total of 471 tips have poured in since the child first disappeared, and have continued to be assigned for follow-up.

Vaughan’s family has continued to be fully cooperative and are working with investigators to find the boy, police said.

A reward fund set up to help facilitate the child’s safe return increased to $40,000 after police said they received another anonymous donation.

Vaughan, who answers to the nickname “Monkey,” was last seen wearing a light blue Minecraft shirt and black boxer briefs as well as size 11 flip-flop sandals.