Two people were seen emerging from bush near a Melbourne creek with wet and dirty legs after a fatal stabbing, in what police believe was an attempt to hide their involvement, a court has heard.

Jack Ledlin and then girlfriend Scarlett Taylor were seen nearby Kananook Creek in Seaford in the minutes after carpenter Cam Smith was stabbed and killed near the train station on November 25 last year. 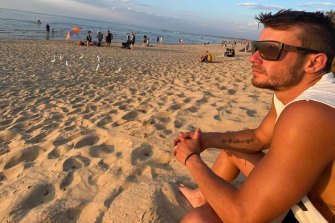 Detective Senior Constable James Edwards told Melbourne Magistrates Court on Thursday a witness saw the pair “coming out of the bush with wet and dirty legs like they had been in” the creek after Mr Smith, 26, was stabbed about 6.55pm.

Police also believe Mr Ledlin took off his beige T-shirt before he, Ms Taylor and two others took a taxi to Karingal.

Police allege Mr Ledlin and Ms Taylor berated and abused Mr Smith and his girlfriend as they walked past. They say Ms Taylor threw a glass bottle at the other woman’s feet, while Mr Ledlin and two other males set upon Mr Smith.

Mr Ledlin is accused of stabbing Mr Smith in the chest with an edged weapon. The 20-year-old is charged with murder.

The two other males, Liam Andrew Casley, 18, and a 17-year-old boy who cannot be named are charged with affray after they allegedly assaulted Mr Smith and kicked him while he was on the ground bleeding. Mr Smith died at the scene. 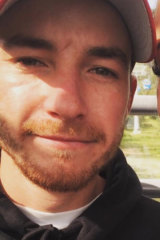 Ms Taylor, 21, who is also charged with affray, was granted bail in the weeks after the stabbing, but that was revoked three days later when her mother contacted police to report her daughter was breaching her bail conditions by staying at another house.

During a fresh application for bail on Thursday, Senior Constable Edwards said Mr Ledlin and Ms Taylor berated Mr Smith and his girlfriend over an incident stemming from a New Year’s Eve party in 2019.

They then followed the couple and instigated the fatal scuffle, the detective said.

Mr Ledlin was later seen on CCTV footage carrying an edged weapon. He and Ms Taylor were also seen emerging from the bush near the creek. The weapon has not been found.

The group “appeared jovial and like they were having a good time” as they rode in a taxi to Karingal, the detective said, and fled without paying the fare. They were arrested in the days after Mr Smith’s death.

Defence counsel David Rofe said Ms Taylor had a compelling case for bail because she needed treatment for mental health problems and was to take part in a court support program, and her 130 days on remand could exceed a sentence for affray.

But police and prosecutors were concerned Ms Taylor posed an unacceptable risk of offending if released, would not abide by bail conditions and could try to intimidate or contact Mr Smith’s girlfriend through associates.

Prosecutor Marcel White also raised concerns over a lack of suitable accommodation if Ms Taylor was granted bail, given she had a troubled relationship with her mother, and her sister had past criminal convictions.

Ms Taylor also faces charges over an unrelated home invasion and robbery in Sorrento in March last year, when a woman had her car and bank cards stolen.

The young woman cried as she was remanded in custody. She will return to court next Thursday.

Mr Ledlin and Mr Casley are in custody and due to return to court next month. The boy is on bail and is due to face a children’s court next week.