A former Mafia ‘made man’ claims that he started informing on his Lucchese crime family colleagues after a supernatural intervention from his dead grandparents.

John Pennisi says that after he suspected he had been marked for death by mob bosses, he asked for advice on what to do next by praying and meditating on a photo of the couple.

As he did so, Pennisi claims, everything in the house started "shaking and rattling".

Pennisi recalled how he realised his home was being watched, and then he had been chased by “five or six Bloods” in Manhattan. The mobster felt sure he was being set up for a hit, on orders from the Luccheses. 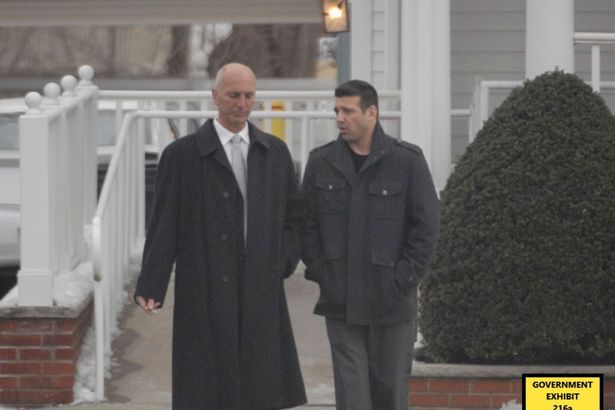 Unsure what to do, he told true crime podcast, Gangland Wire, he decided to call out for advice from his dead relatives.

Immediately “everything was shaking in the house”," he claims.

Pennisi says there was no scientific explanation for the event.

“I didn’t live by a train station. You had to walk [there]. There was no planes flying around. It wasn’t an earthquake.” Pennisi even called his mum and let her listen to the bizarre rattling sound in his house.

The following day, Pennisi walked into the FBI’s Manhattan headquarters and told agents he needed protection and wanted to cooperate.

Pennisi's testimony proved devastating for the Luccheses. But now Anthony DiPietro, the defence attorney for Lucchese family captain Steven “Stevie Wonder” Crea, says evidence about the supernatural message should have been heard in open court.

Crea was sentenced to life imprisonment along with a $400,000 fine and the confiscation of $1 million, largely on Pennisi’s evidence.

“Had these materials, and many other things now revealed by Pennisi, been properly disclosed by the government, no grand jury or trial jury would ever credit his tales,” DiPietro told the New York Post.

“His capitalising on his cooperation calls into question his prior testimony and his motives to fabricate now.”

"With the recent spate of videos of UFO sightings that the Air Force and government are saying are the real thing,” he said, “there’s a bit of poetry and symmetry in his account.

He added: "I swear to God that in one of those videos, I thought I saw Pennisi with a helmet on. This confirms that it was in fact Pennisi traveling from a distant galaxy far, far away.”'