MORE than 5,000 seal baby fur seal pups have washed up dead on a beach in Namibia.

The pup graveyard was spotted by Naude Dreyer, of Ocean Conservation Namibia, after flying his drone over Walvis Bay's Pelican Point seal colony on October 5. 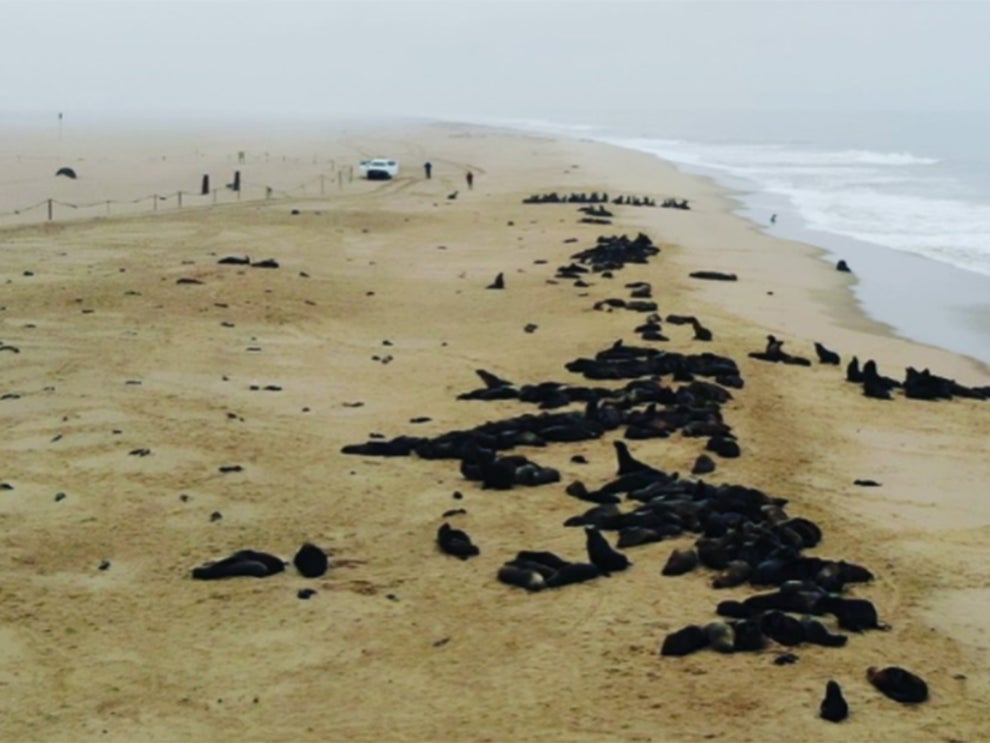 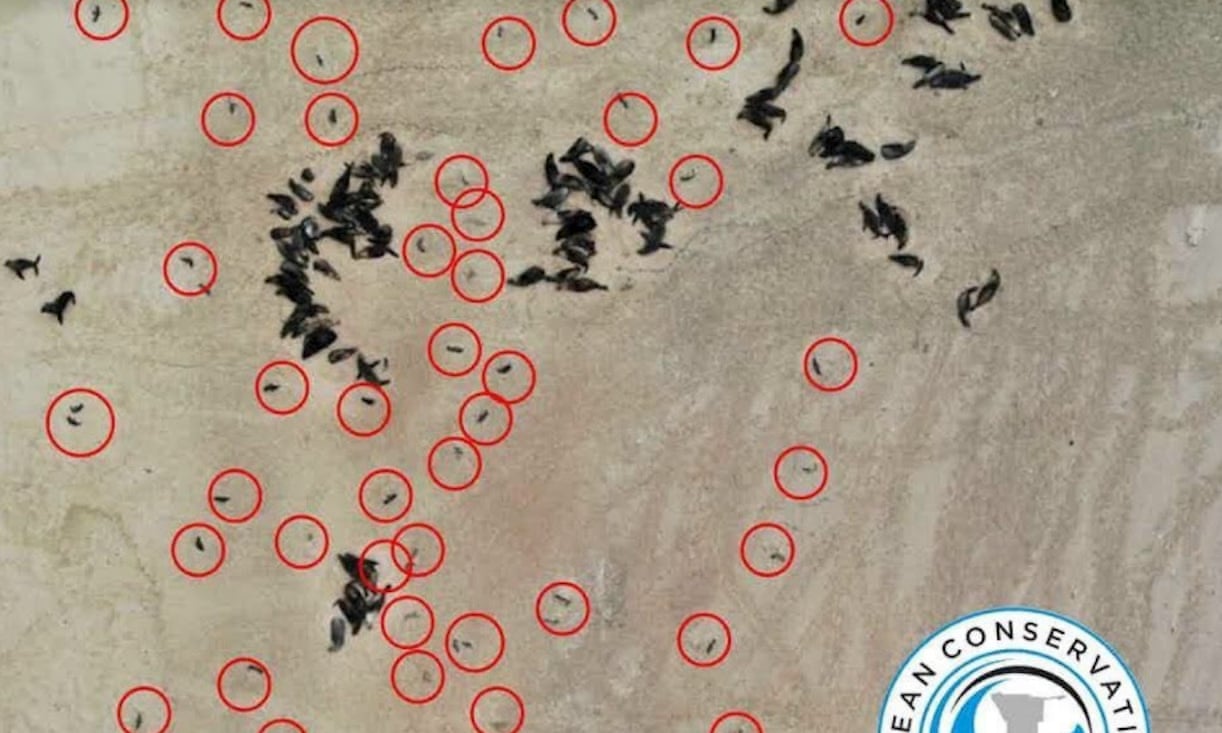 Cape fur seals, mostly found along the coastlines of Namibia and South Africa, often abandon or abort their pups if there is a shortage of food – though it's not known if that's the case in this instance.

"This is the situation at Pelican Point, Namibia," the non-profit organisation said on Twitter.

"A rough estimate brings the numbers to more than 5,000 at our seal colony alone.

"This is tragic, as it makes up a large portion of the new pup arrivals expected in late November."

Namibia's Ministry of Fisheries said it is investigating the tragic deaths, but it could not pinpoint a specific cause.

Ocean Conservation Namibia suggested a shortage of food or spread of disease could have led to the deaths of the pups. 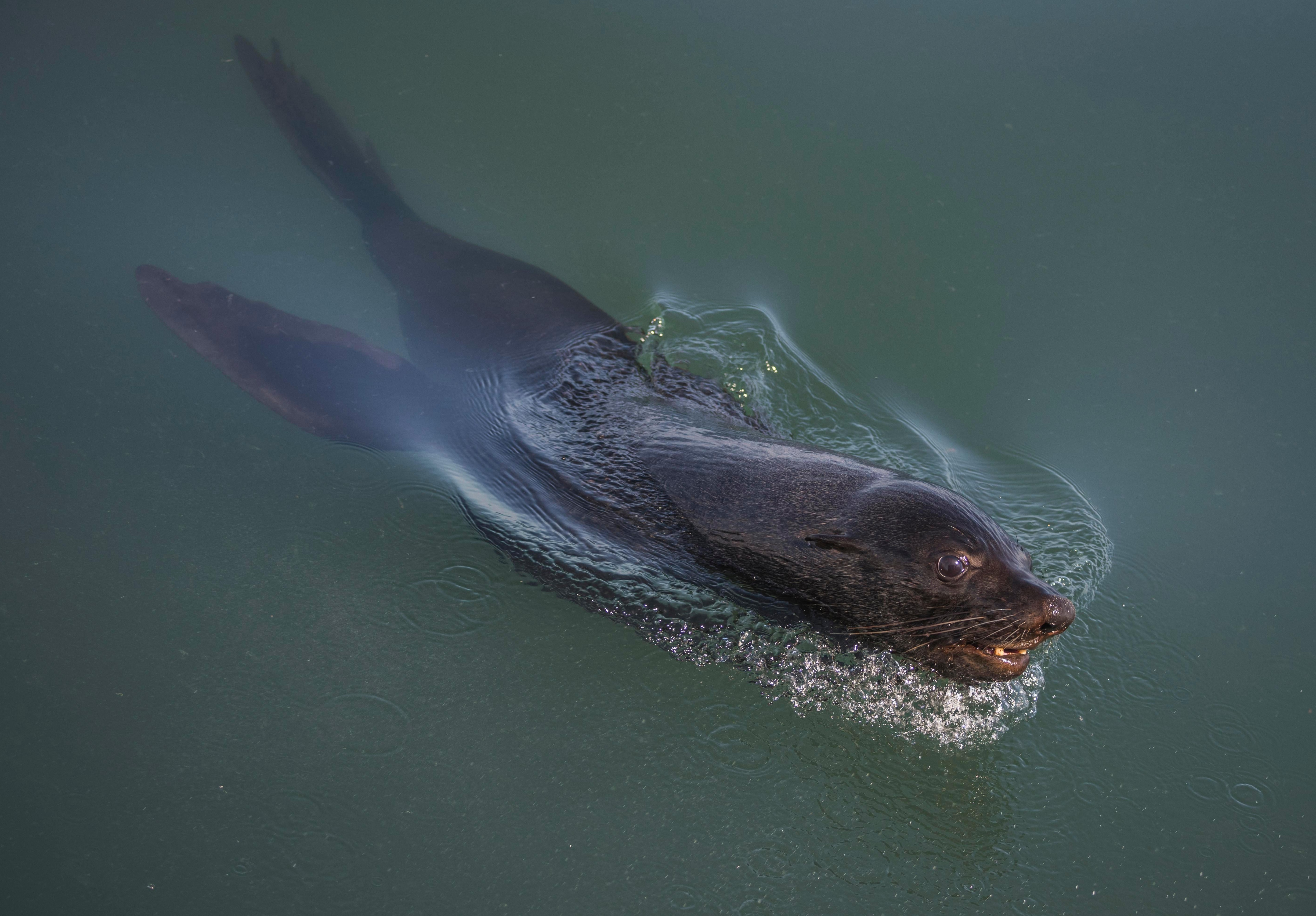 The conservation group said: "There are definitely some signs of malnutrition, and this is most often the cause of the die-offs… we however cannot rule out toxins or disease, so we need to run all these tests first."

"That’s the height of pupping that we would normally expect but what has been happening this year is there has been an increase in abortions that was first seen starting in August and really sort of peaked just last week in October."

The total number of dead pups will be difficult to confirm as many carcasses have been eaten by scavengers on the beach, Dr Gridley said.

Dr Gridley, who is also a researcher at Namibian Dolphin Project, said the mass deaths could disrupt the breeding cycle of the seal colony.

She explained: "There are about 1.7 million cape fur seals in total and about a million of those are actually in Namibia so in terms of the overall number of animals, they are quite resilient to these effects.

"But one issue that we do think might happen in the future is you will see a dip in reproduction potentially going forward particularly now for those animals that have unfortunately died.

"They are not going to be recruited into the population, so you might see a localised effect at the Pelican Point colony and also we are trying to monitor to see whether there is a wider scale impact that might affect other colonies as well."

There was a similar mass die-off of seal pups in 1994, where a combination of malnutrition and a bacterial infection were identified as the causes.