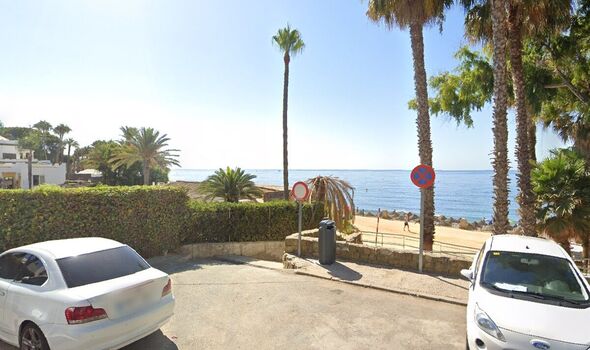 A naked headless body was discovered floating in the water off a well liked beach in Costa del Sol, Spain. The decapitated woman’s corpse was found with a deep cut to her stomach and hands chopped off at Las Canas beach, Marbella.

She was discovered by a group of friends who noticed something in the sea while sitting on a restaurant terrace on Sunday evening.

The group raised alarm after initially believing the person was drowning.

Locals report the nude woman found near the Club 200 restaurant was around 30 years old.

It is thought she was only in the water for a short amount of time before being discovered.

The Civil Guard, the police officers leading the investigation, blocked off the area before the corpse was taken for a post-mortem.

The post-mortem is set to take place in the next 48 hours and enquiries are still ongoing.

Police are scanning through missing persons reports in a bid to discover the dead woman’s name.

Marbella in Costa del Sol is one of Europe’s favourite, most exclusive holiday destinations, attracting over 80,000 tourists in busy years.

But in recent years, the area has seen a wave of extreme violence, often involving gangs.

A recent assessment by the Spanish Intelligence Centre for Counter Terrorism shows there are 113 organised crime gangs of 59 different nationalities in the province of Malaga where the famous beach resort is situated.

Fourteen of these are reported to be British.

In July, a gunman wounded four people as he started shooting inside a nightclub called Opium in the town – although it’s not entirely certain this was gang related.

Two were arrested on suspicion of attempted murder, injury and illegal possession of weapons. One of the alleged shooters was reportedly stabbed during the incident.

The area is particularly known to be a hotbed of European mobsters. Dutch and Belgian cocaine traffickers reportedly work with Colombians who bring shipments via food containers to a nearby port.

Then when drugs are taken off the shipment, members of the Italian Naples mafia – the Camorra – guard the delivery as French drivers move them around other major European cities.

Albanians and Kosovans reportedly supply weapons and hijack drugs smuggled in by other traffickers.