Astronomers at NASA’s Centre for Near Earth Object Studies are tracking two giant asteroids that are set to collide with Earth’s orbit.

The cosmos will be kicking off February with a bang as the two space rocks are set to fly past Earth on Monday, February 1.

At its upper limit the asteroid will be bigger than Golden Gate Bridge in San Francisco, United States. The bridge towers over the San Francisco Bay, which has a unique mix of salt water and fresh water, creating a rare ecosystem.

Sadly for stargazers, the asteroid will not be able to be seen from Earth, but it will pass safely at around 5.50am Eastern Standard Time, or 10.20am Greenwich Mean Time.

Despite the fact TB12 and the second asteroid, 2016 CL136, will pass the planet on the same day, they’re different kinds of asteroids.

TB12 is classified as an Apollo asteroid, defined as an asteroid that crosses Earth’s orbit as it passes. 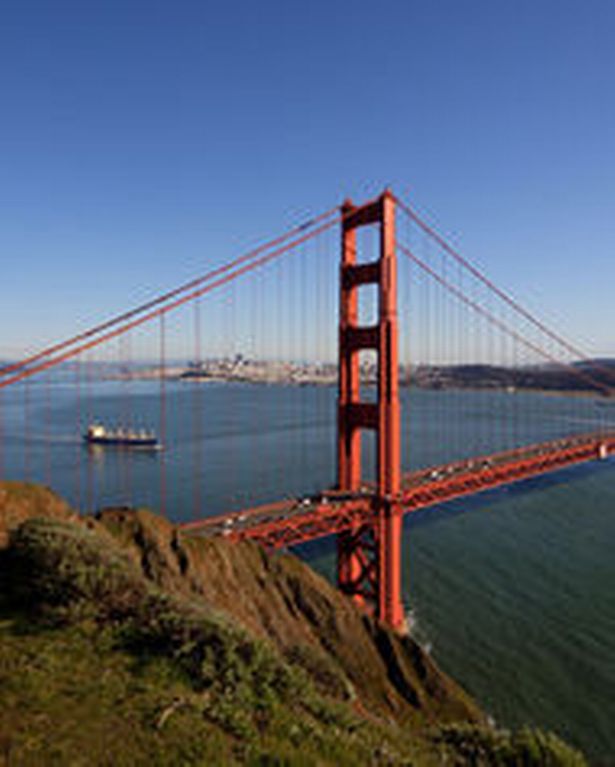 CL136 however is a Aten asteroid, defined as a dynamic group of asteroids that, relatively speaking, come into close proximity with Earth.

Aten asteroids are named after the 2062 Aten, the first discovered of its kind, which was noted by American astronomer Eleanor Helin at Palomar Observatory.

The asteroid will too pass on Monday, but this time, it will swing by Earth at 22.26 EST.

It is also travelling much faster than TB12 at a staggering speed of up to 42,000 miles per hour, or 18.8 kilometre per second.

Space rock CL136 is also estimated to be bigger than TB12, and has an estimated diameter of between 140m and 310m.

To put this into perspective, the asteroid will be almost as tall as the Eiffel Tower at its upper limit.

The Eiffel Tower stands at a huge 324m, if its flagpole is included, and is the largest structure in Paris, France.