Baroness Scotland’s Netflix reality star son ‘yelled ‘Do you know who my mum is?’ about his ex-Attorney General mother as he was arrested over drunken flight rampage’

A Netflix reality star who is the son of a former Attorney General has been arrested after a drunken rampage on a flight during which he allegedly yelled: ‘Do you know who my mum is?’

Matthew Mawhinney, whose mother is Commonwealth Secretary-General Baroness Scotland, was returning from filming in the Caribbean for the hit Netflix dating show Too Hot to Handle.

He and two costars were escorted off the British Airways jet at Heathrow after being arrested by a team of police officers, according to The Sun. 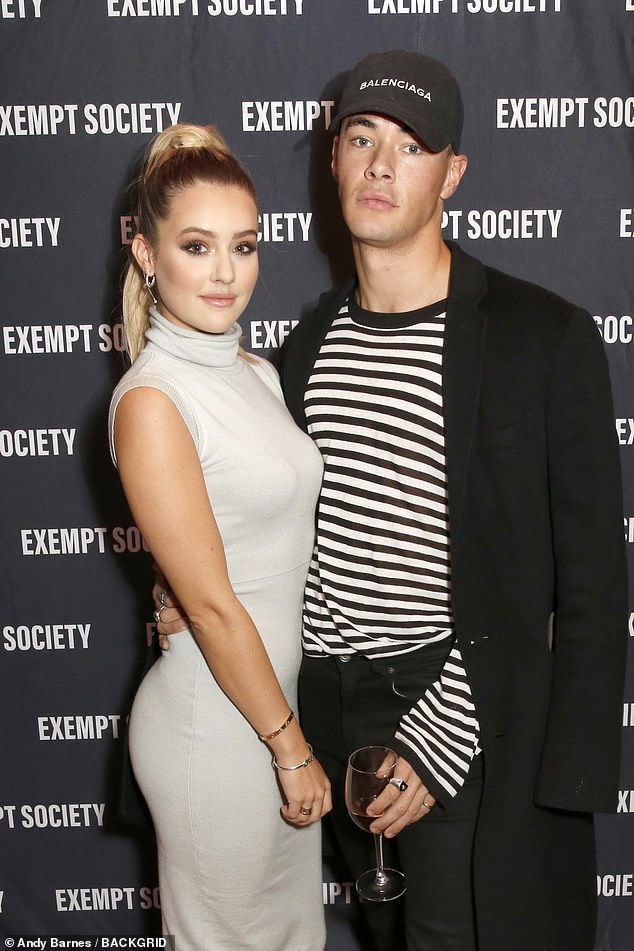 Matthew Mawhinney, pictured with his ex Tina Stinnes, has been arrested after a drunken rampage on a flight

The trio have been released pending police enquiries after they were taken into custody.

Matthew is the son of Lady Scotland who was Attorney General under Gordon Brown between 2007 and 2010.

The star was allegedly confronted over the group’s behaviour on the return flight where he was overheard bragging about his family connections.

Matthew had been filming on the Turks and Caicos Islands in the Caribbean before flying to Miami where the group waited four hours for their connection to Heathrow. 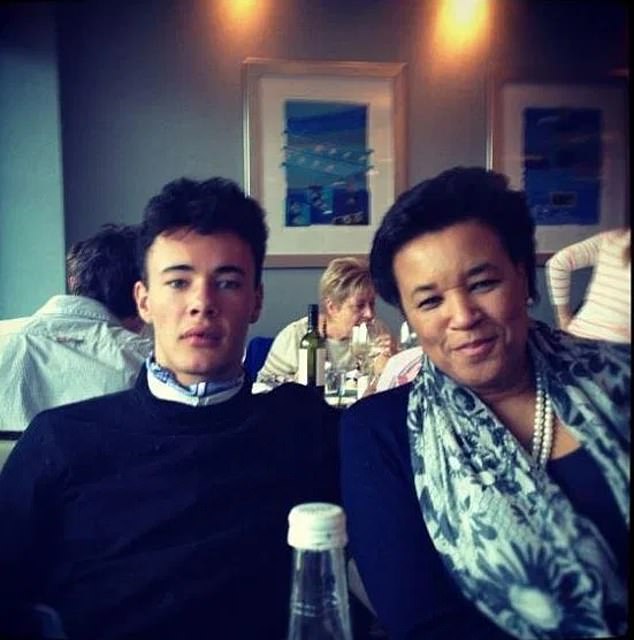 They had reportedly been knocking back drinks before boarding the BA208 flight where they continued their revelry among the other passengers in the World Traveller economy cabin.

Their unruly behaviour prompted the captain to leave the cockpit and confront them, and they were banned from drinking any more booze.

A passenger told The Sun: ‘The group were drunk and behaved in an abhorrent fashion at 30,000ft.

‘Due to Covid rules passengers are asked to stay in their seats and wear masks, but the group refused.

‘When Matthew Mawhinney was told to calm down he slurred: “Do you know who my Mum is?” 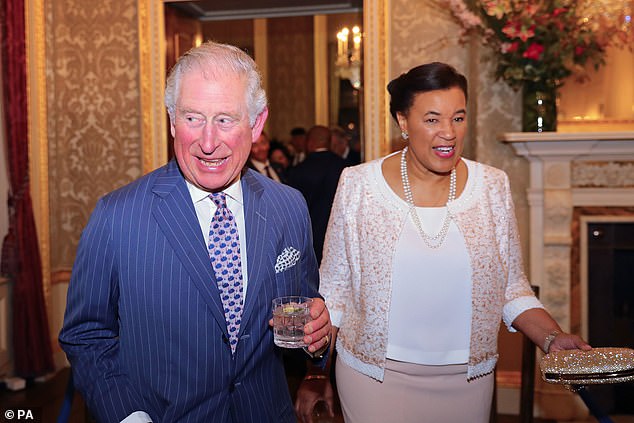 Baroness Scotland, 65, is the sixth Secretary General of the Commonwealth of Nations after she was elected in 2015

The captain radioed for police to meet them on arrival at 10.45am on Sunday and issued ‘final warning’ letters to the cast members.

They could now face bans from British Airways.

Members from the show’s production team travelled on the same flight in the higher-end Traveller Plus cabin and were not involved in the antics.

They were returning from filming the second series of Too Hot to Handle which sees singletons competing to find love without touching each other.

Mawhinney previously dated Love Island star and Spencer Matthew’s ex Tina Stinnes and were seen soaking in the sun in Antigua in 2019.

He has frequently shown off his lavish lifestyle on social media, including snaps of im partying at Buckingham Palace, St James’s Palace, Marlborough House and cosying up with Bill Clinton.

His mother Baroness Scotland, 65, is the sixth Secretary General of the Commonwealth of Nations after she was elected in 2015.

The Metropolitan Police confirmed that two men and a woman were arrested on suspicion of being disruptive on board an aircraft, and they have since been released under investigation.

Netflix and the cast members refused to comment to The Sun.