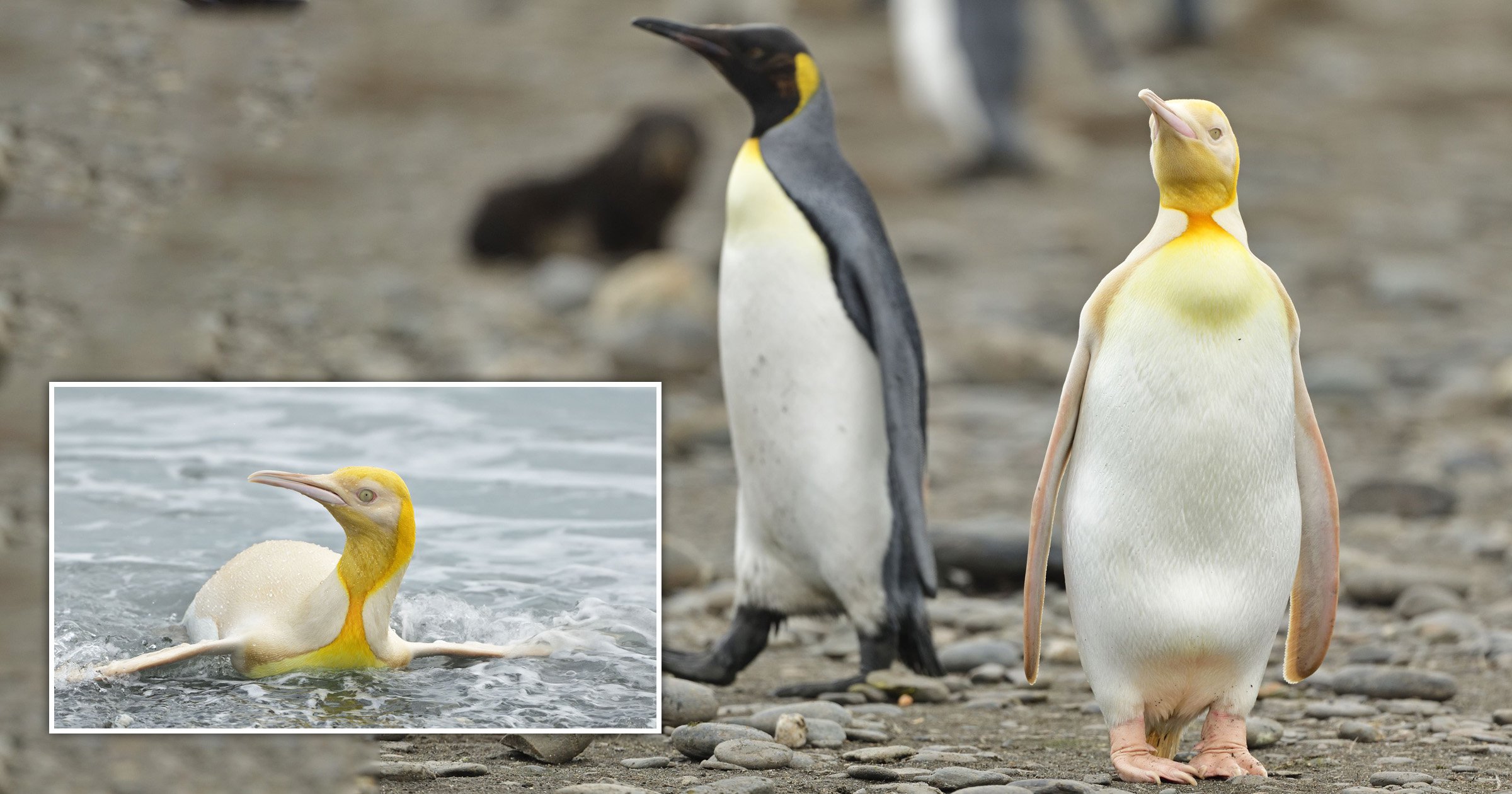 A wildlife photographer believes he has snapped a ‘never before seen’ yellow penguin after seizing a ‘once-in-a-lifetime opportunity’ in the Atlantic.

This extremely rare specimen can’t help but stand out among its more commonly seen black and white buddies.

It is said to be the ‘first ever’ yellow penguin to be discovered, according to photographer Yves Adams.

Yves, 43, was leading a two-month expedition through Antartica and the South Atlantic when the tour stopped at the remote islands of South Georgia in December.

He snatched his camera after spotting the unusual bird shining bright among its 120,000 counterparts on a colony at Salisbury Plain.

The penguin is said to be ‘leucistic’ – which results in partial loss of pigmentation in an animal.

Yves, from Ghent, Belgium, described the experience as ‘incredible unique’ – revealing how the crew went ‘crazy’ when they noticed the bird.

‘I’d never seen or heard of a yellow penguin before,’ the snapper said.

‘There were 120,000 birds on that beach and this was the only yellow one there.

‘They all looked normal except for this one. It really was something else. It was an incredibly unique experience.’

Yves believes the bird is leucistic, explaining: ‘Its cells don’t create melanin anymore so its black feathers become this yellow and creamy colour.’

He added: ‘We all went crazy when we realised. We dropped all the safety equipment and grabbed our cameras.

‘We were so lucky the bird landed right where we were. Our view wasn’t blocked by a sea of massive animals. Normally it’s almost impossible to move on this beach because of them all.

‘It was heaven that he landed by us. If it had been 50 metres away we wouldn’t have been able to get this show of a lifetime.’

And it is a lifetime achievement for the photographer, who added: ‘I’d been dreaming of going to South Georgia for 30 years since I saw my first David Attenborough documentary and I saw these penguins.

‘It was certainly worth it, even before we saw this yellow penguin.

‘It was awe-inspiring to see thousands of these birds on a rock in the middle of this massive, wild ocean.’