There are a plethora of movie stars in Kenneth Branagh's upcoming mystery Death on the Nile, but one star is shining a little more brightly than the others … and not in a good way. Controversial actor Armie Hammer has a key role in Branagh's adaptation of Agatha Christie's 1937 novel starring her famous sleuth, Hercule Poirot. (Branagh previously wrote, directed and starred in the 2017 Christie-based hit, Murder on the Orient Express.)

After repeatedly delaying the film's release due to the coronavirus pandemic — and Hammer's own notoriety — 20th Century Studios has announced a Feb. 11 premiere for Death on the Nile, and released a new trailer that virtually scrubs The Social Network star from the movie. (Watch the new trailer above, and the original trailer below to see the level of Hammer erasure.)

Set aboard the good steamship the S.S. Karnak, the twist-filled plot of Death on the Nile finds Branagh's Poirot investigating another case of murder most foul. One of the passengers has been killed and it's up to the mercurial detective to crack the case. Could it be newlyweds Simon and Linnet (Hammer and Gal Gadot)? What about Dr. Linus Windlesham (Russell Brand)? Or maybe mother and daughter pair Salome and Rosalie (Sophie Okonedo and Letitia Wright)? One thing's for sure: Some dark deeds are happening in the most picturesque of places.

Death on the Nile was originally shot in 2019, well before the outbreak of COVID-19, as well as Hammer's own public fall from grace. In January 2021, leaked messages revealed disturbing comments the actor made about cannibalism and rape fantasies, which were followed by allegations of sexual assault from some of his extramarital partners. Hammer was subsequently dropped by his agency and split with his wife of more than 10 years, Elizabeth Chambers. 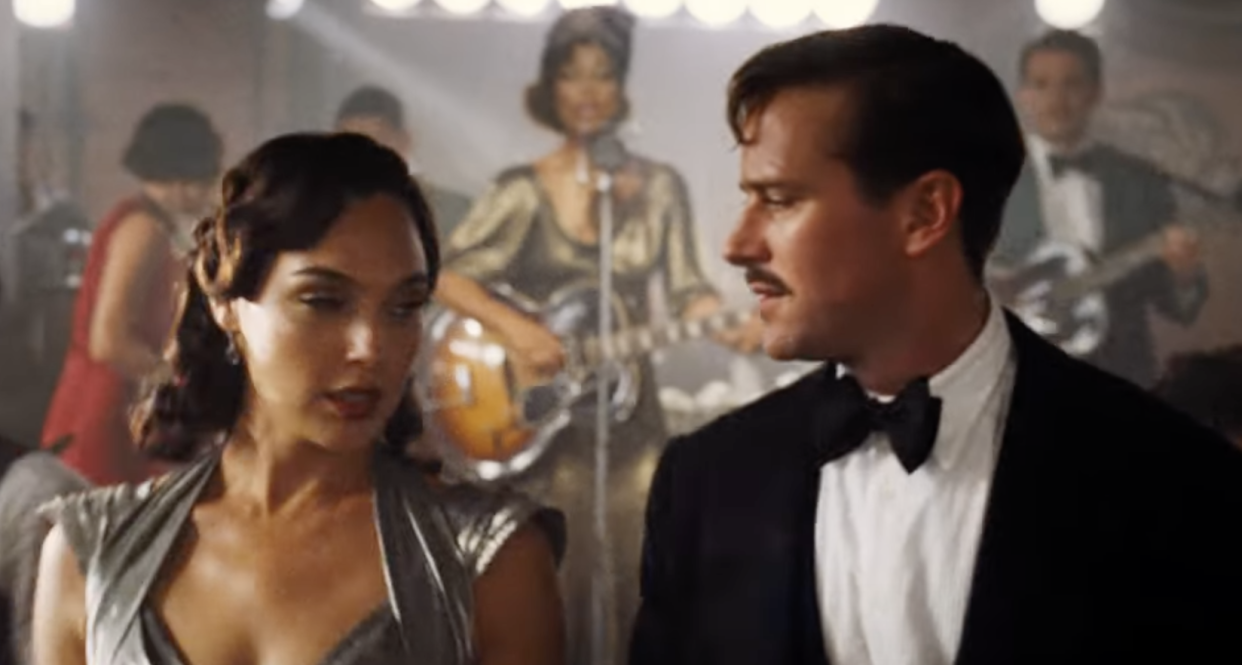 As the controversy surrounding Hammer grew, 20th Century Studios — which is owned by the Walt Disney Company — reportedly weighed several options for how to proceed with Death on the Nile. According to The Hollywood Reporter, the studio decided against reshooting the actor's scenes with either the full cast or via digital trickery. (Zack Snyder took the latter approach when he replaced Chris D'Elia with Tig Notaro in Army of the Dead.)

The studio also weighed the possibility of sending the film directly to a streaming service like Hulu — which is almost wholly owned by Disney — before reverting to a theatrical-only release. "Ken’s sweeping, elegant vision for this classic story deserves to be seen on the biggest screen possible," 20th Century Studios production president Steve Asbell states in a press release obtained by Yahoo Entertainment. "We’re so proud of this film, our brilliant cast, and the stellar work that went into bringing Death on the Nile to screen."

Not surprisingly, Twitter quickly pounced on the new Nile trailer, pointing out that Hammer isn't the film's only divisive element. Both Gadot and Wright have had their own controversies recently: Gadot has been criticized for her support of Israel, while Wright has reportedly expressed anti-vaccination views, which the Black Panther star has denied.

Can't wait for Armie Hammer to come out of hiding for the press tour on this movie https://t.co/NwQSBcjVLB

Hmmm.. I thought Armie Hammer was cancelled because of his long list scandal 🤔

I feel so bad for Kenneth! He's got problematic trio Letitia Wright, Gal Gadot, and Armie Hammer… yikes not great for film! But that said I do love style, craftsmanship looks remarkable, and it sounds like fun solid film. But man, must be nightmare for director.

The way Armie Hammer and Letitia Wright were front and centre of the first trailer 👀👀 https://t.co/uE2kBojvE6

Death on the Nile premieres Feb. 11 in theaters.