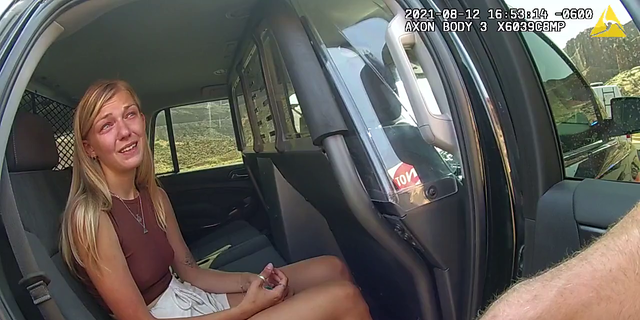 Good morning and welcome to Fox News First. Here’s what you need to know as you start your day …

Meanwhile, Laundrie said he “didn’t have time” to defend himself from allegations he’d struck his fiancée.

“I pushed her away,” he tells the officer. “She gets really worked up, and when she does she swings and she had her cell phone in her hand. So I was just trying to push her away.”

A 911 call from Aug. 12 – first reported by Fox News Digital earlier this month – illustrated what experts have flagged as a potentially abusive relationship between Petito and Laundrie. Fox News previously obtained a different officer’s bodycam video, but it appears that the police conducted separate interviews.

“Did he hit you though?” the officer asks Petito.

“I guess,” she replies – although she still appears to downplay the incident to the second officer and tries and assume blame herself.

“I guess, yea,” Petito continues, with tears in her eyes. “But I hit him first.” CLICK HERE FOR MORE ON OUR TOP STORY. 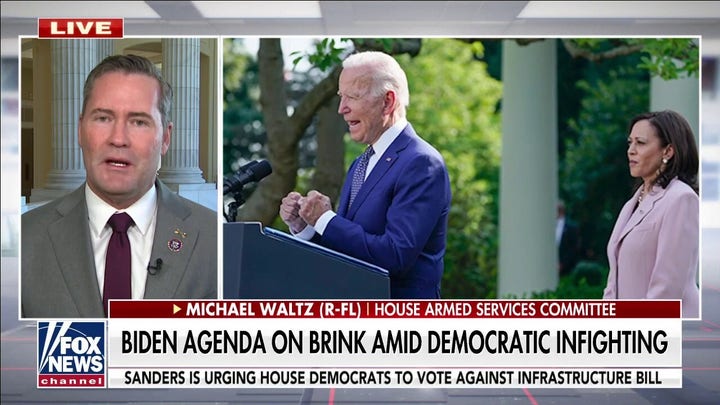 The failure to pass the infrastructure bill so far this week – and the failure to come to an agreement on what the reconciliation bill should look like – were major blows to congressional Democrats and the president. And they underscore both Democrats’ razor-thin majorities in Congress and their internal divisions.

But the two bills were not necessarily dead yet, and House Speaker Nancy Pelosi, D-Calif., continued to express optimism as she left the Capitol early Friday morning.

House progressives have for months said that they would not vote for the infrastructure bill unless the reconciliation bill is passed first through both chambers of Congress. But meanwhile, House moderates extracted a promise from Pelosi to bring up the infrastructure bill before the end of September in exchange for their votes for the budget resolution in August. CLICK HERE FOR MORE. 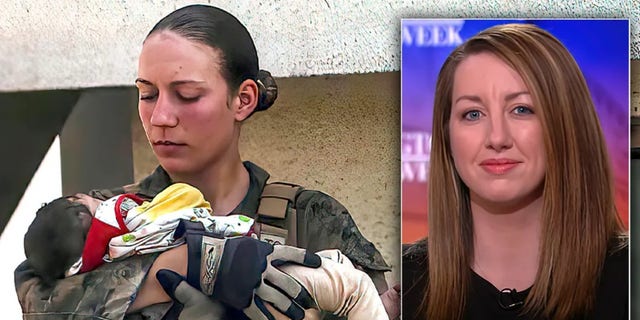 Caygle took to Twitter on Thursday and shared a photo featuring Rep. Tom McClintock, R-Calif, with a mostly maskless group of people in a mostly empty Statuary Hall.

“Masks requirement in the House. Tours not allowed. Yet here we are — group of 9, only 2 in masks,” Caygle swiped the group.

The journalist doubled down even after she was told McClintock was leading a tour for the family of Marine Sgt. Nicole Gee, who was among the 13 Americans who died from the suicide bombing at the Kabul airport amid the chaotic military withdrawal from Afghanistan.

“How does that exempt them from wearing a mask?” Caygle asked. CLICK HERE FOR MORE.

Jacob claimed reporter Taylor Lorenz, who has been repeatedly called out for dishonest journalism, wrote a “scathing” article about Jacob’s business, influences.com.

“It was devastating when Taylor Lorenz came along with the megaphone of The New York Times and decided to write a scathing article full of lies about us,” she said. “And she had to know it was lies because we answered all her questions factually before she published the story.”

Not signed up yet for Fox News First? Click here to find out what you’re missing.

Fox News First was compiled by Fox News’ Jack Durschlag. Thank you for making us your first choice in the morning! Have a great weekend, stay safe and we’ll see you in your inbox first thing Monday.