A NEW photo of Meghan Markle and Prince Harry's baby Archie has been revealed – before being exposed as fake.

The tot can be seen swaddled in a light green blanket in the sweet photo. 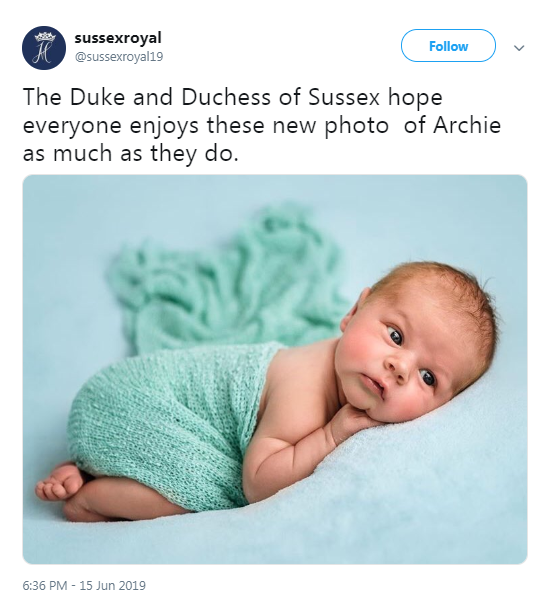 The picture was shared online by a fake Twitter account, SussexRoyal19, who wrote: "The Duke and Duchess of Sussex hope everyone enjoys these new photo of Archie as much as they do."

The fake account describes itself as "The official Twitter account of The Duke and Duchess of Sussex" and has more than 13,000 followers – with the photo widely picked up by news organisations this morning.

However, it can be revealed the photograph had been shared two weeks earlier on the Instagram page of a fitness instructor, Bella Kraus.

The German mum, who recently gave birth to Maddox Nino, was shocked this morning when the Sun Online broke the news to her that her baby had been used in the hoax.

She said: "What an insolent behaviour."

Royal fans had been taken in by the snap – with some gushing: "He looks beautiful such a healthy little chap. They must be so proud of him."

Another added: "Awww he's a cutie. Red head like his daddy."

The palace declined to comment, however it is understood any official pictures would be released through the palace social media accounts.

THE REAL PRINCE OF SUSSEX

Meghan and Harry beamed as they introduced their "amazing" baby boy to the world, at 12.40pm on May 8.

The former actress gushed over her two "best guys in the world" after giving birth at 5.26am on May 6 weighing 7lbs 3oz.

It was today reported the couple had hired a nanny for baby Archie Harrison Mountbatten-Windsor ahead of Harry’s busy summer duties and Meghan’s return to the spotlight.

Their new nanny is thought to be British-born, according to American fashion magazine Harper’s Bazaar, and not permanently based at Frogmore Cottage or working weekends.

Meghan Markle was seen just last week at the Trooping the Colour celebrations in her first outing since Archie's birth.

And she sheepishly was seen to turn around after being told to "turn around" by Prince Harry as music for the National Anthem struck up.

The 37-year-old had wanted to give birth in their home on the Windsor Estate but she was smuggled into hospital in a hush-hush police operation.

The release of the official birth certificate revealed that the young royal was born at Portland Hospital in London.

Meghan's mum Doria was by her side after The Sun revealed she flew over to the UK in April to meet her first grandchild. 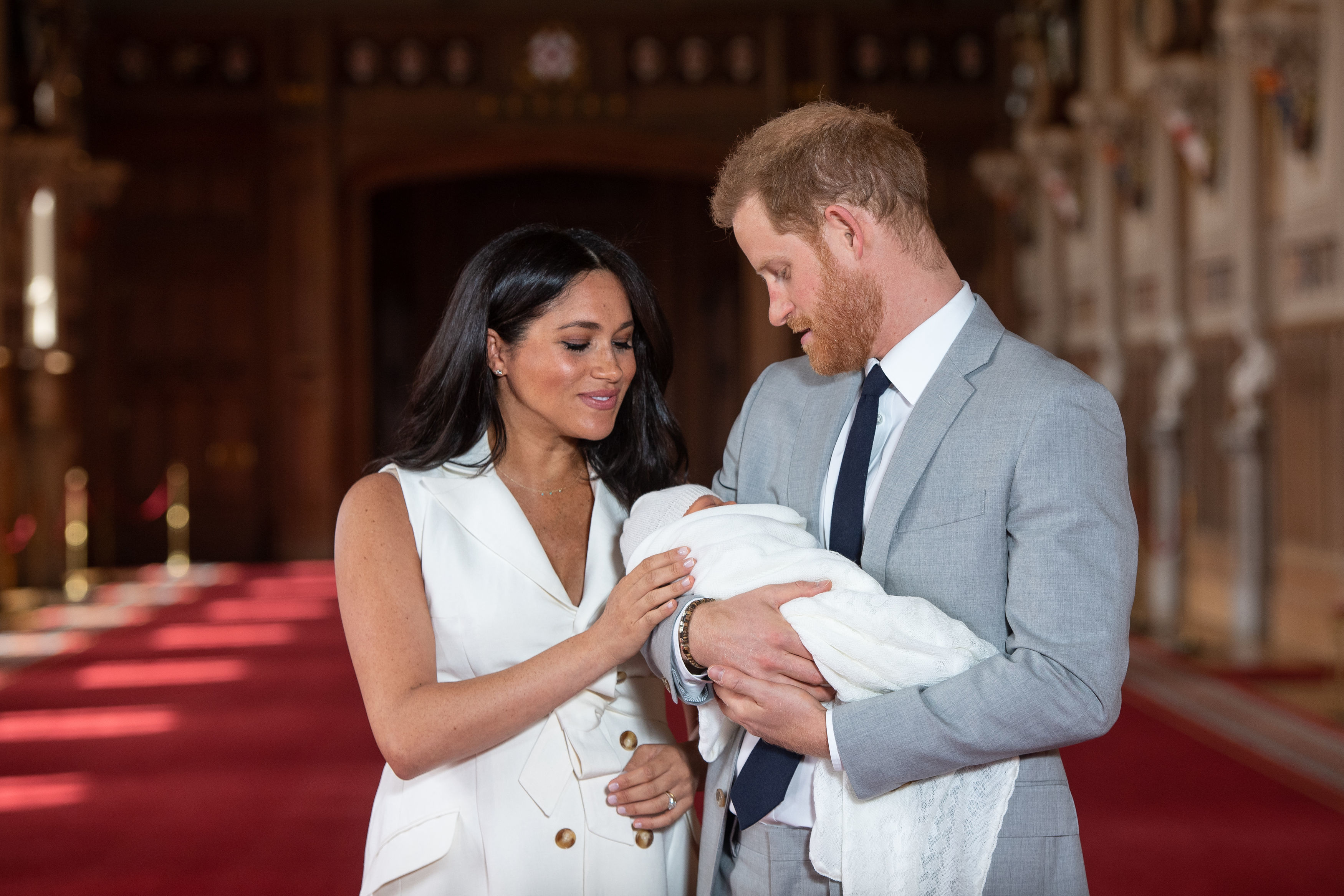 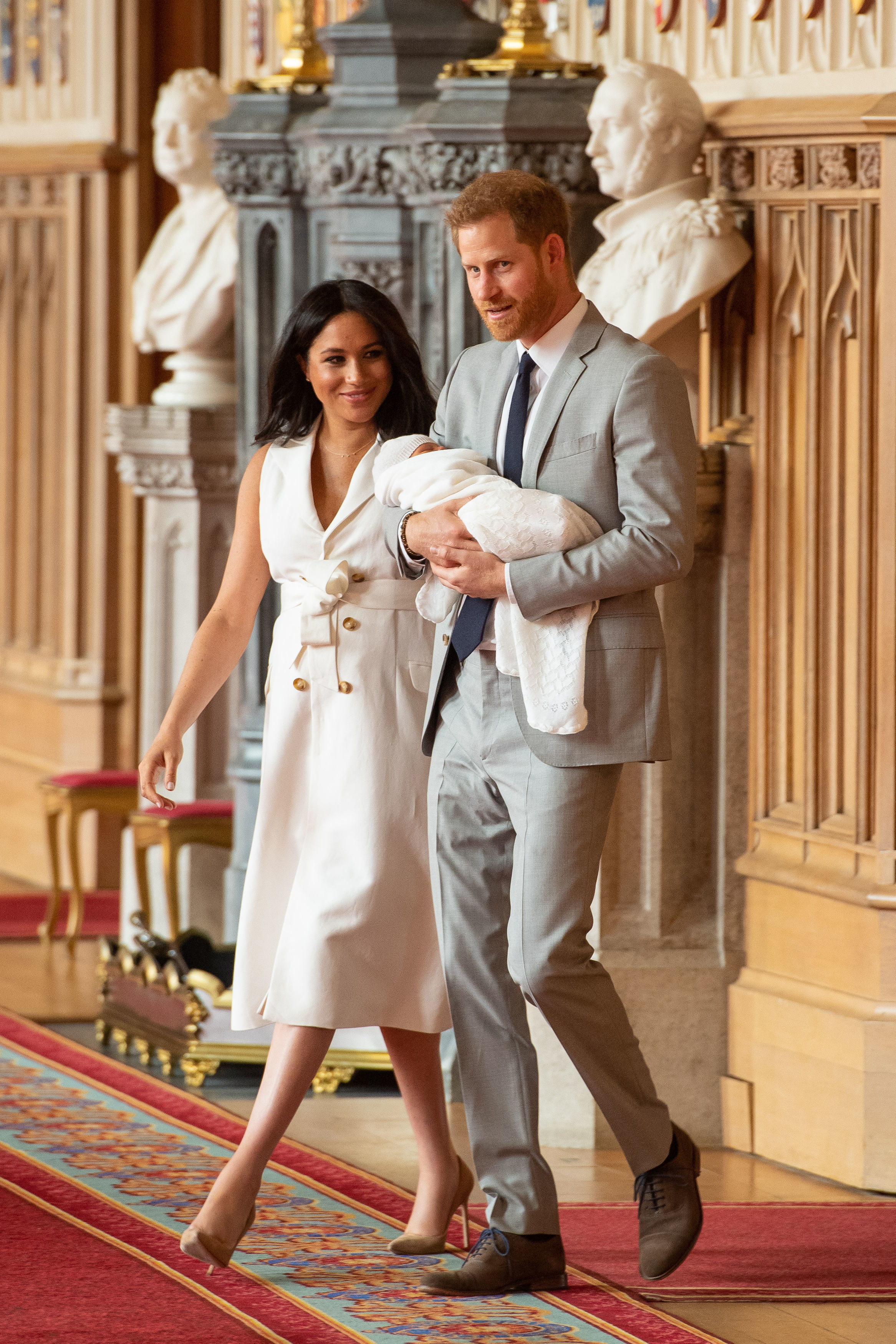 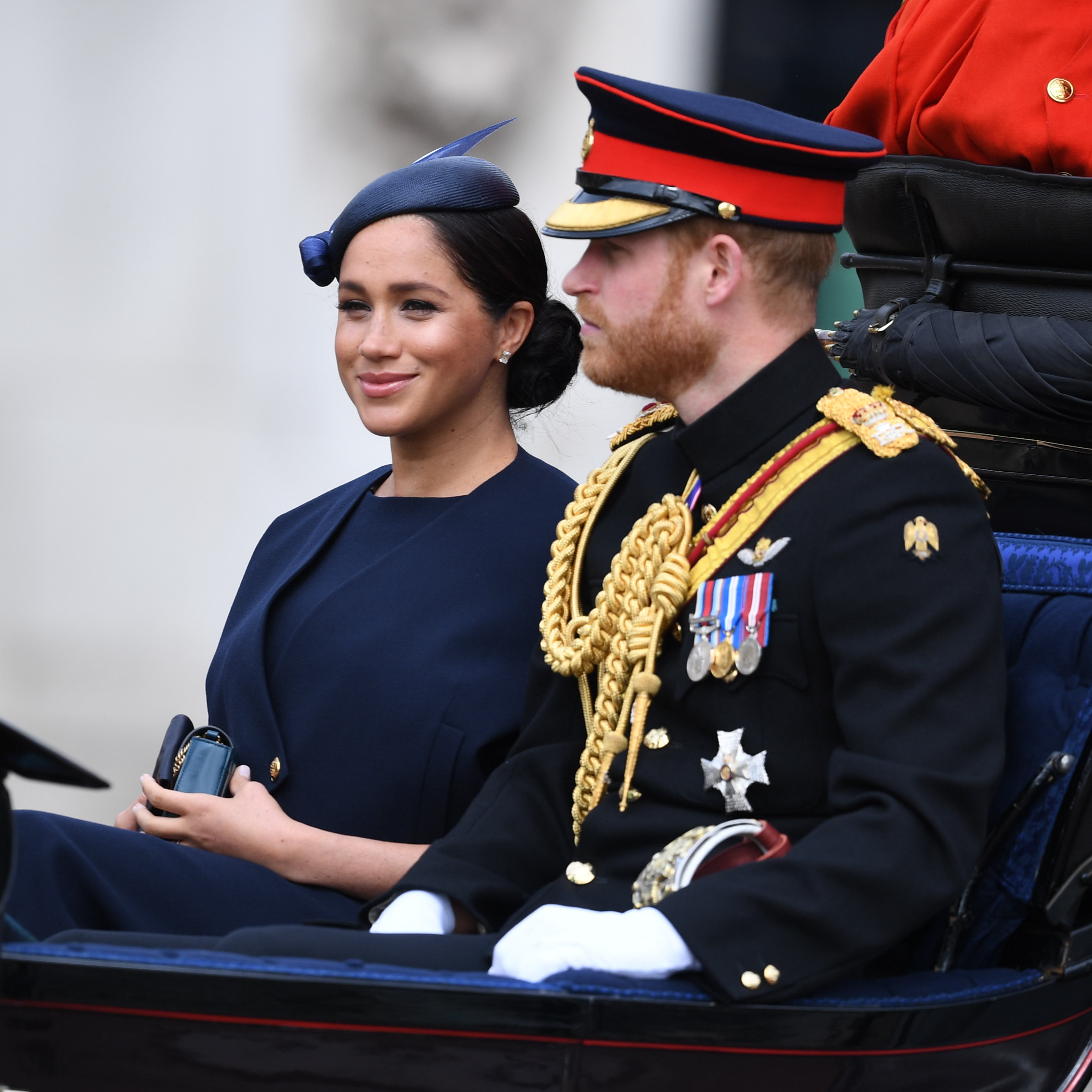