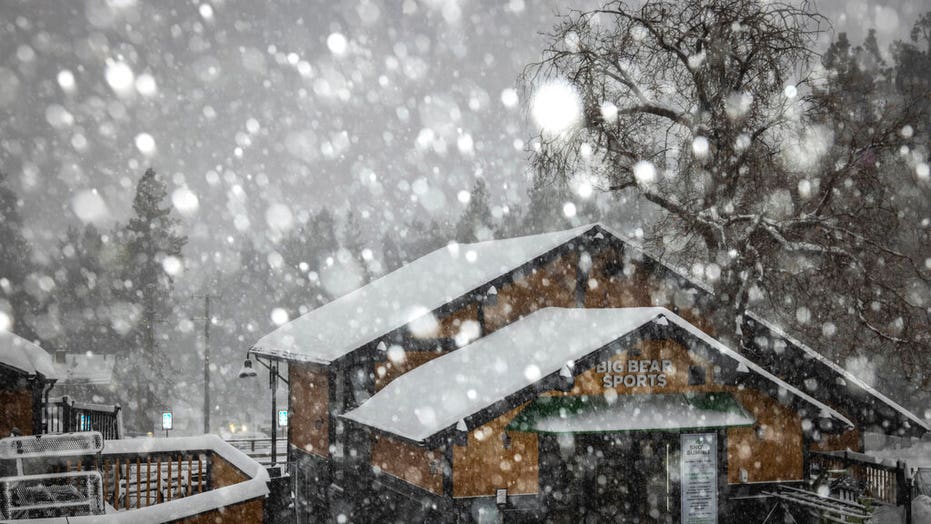 A Nor’easter is forecast to pummel the East Coast and Mid-Atlantic, bringing heavy snow and a wintry mix into next week.

The slow-moving winter storm that slammed the West Coast last week is set to strengthen over Colorado’s Rockies and Central Plains before shifting toward the East.

The system dumped more than 7 feet of snow in the Sierra Nevada region, creating hazardous blizzard-like conditions and shuttering roadways.

As snow accumulates over the Northern Plains and Upper Mississippi Valley on Saturday, the system will expand into the Ohio Valley and Upper Great Lakes, according to the National Weather Service (NWS). 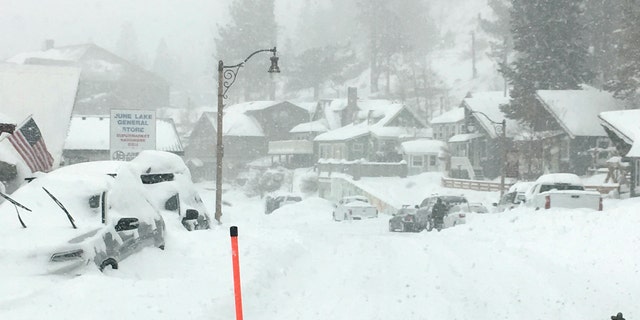 In this photo provided by Caltrans District 9, heavy snowfall blankets car at June Lake, in Mono County on Wednesday, Jan. 27, 2021. An atmospheric river storm pumped drenching rains into the heart of California on Thursday as blizzard conditions buried the Sierra Nevada in snow. (Randy Walker/Caltrans District 9 via AP)

By Sunday morning, snow will have shifted over portions of the Mid-Atlantic, with areas of freezing rain in Virginia and North Carolina.

The storm is expected to weaken over the Midwest on Sunday evening, and rain in the Southeast will head offshore by Monday morning.

Nevertheless, Midwestern states have already seen record amounts of snow this season, and wind chill advisories have been issued in multiple states across the East Coast. 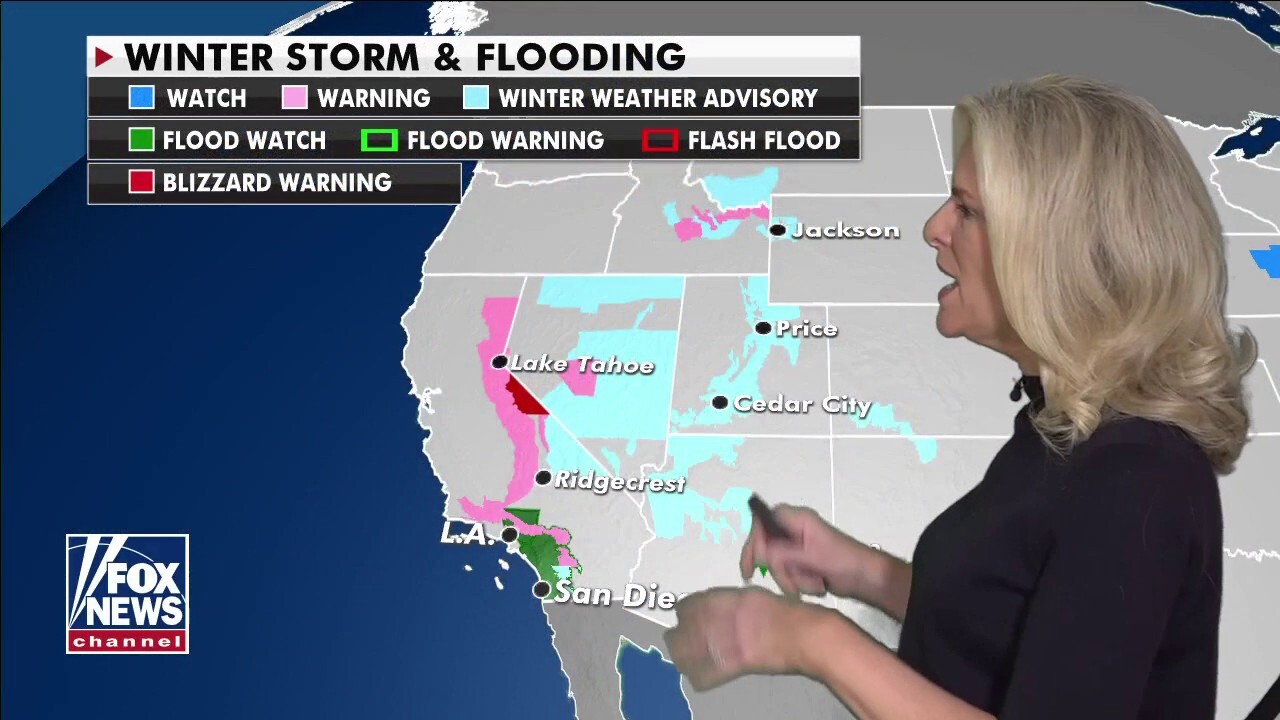 According to Fox News meteorologist Rich Reichmuth, the storm’s snowfall will be plowable and will linger amid continuously frigid temperatures ahead of a short warming period next weekend.

He reported that the New York State-area will likely receive around 6 to 10 inches of snow, but that totals could be higher if the storm intensifies or swerves.

Accuweather reported on Friday that New York City could see wind gusts of up to 50 mph.

In the New England area, meteorologists say the storm could linger through Wednesday.