BRUSSELS today threatened to seize factories on the continent producing the Oxford Astrazeneca jab unless Britain starts shipping more doses to the Europe.

In a dramatic escalation of their row with the pharmaceutical giant, EU boss Ursula von der Leyen said the bloc could even suspend patents on the lifesaving jab so anyone could produce it – warning "all options are on the table". 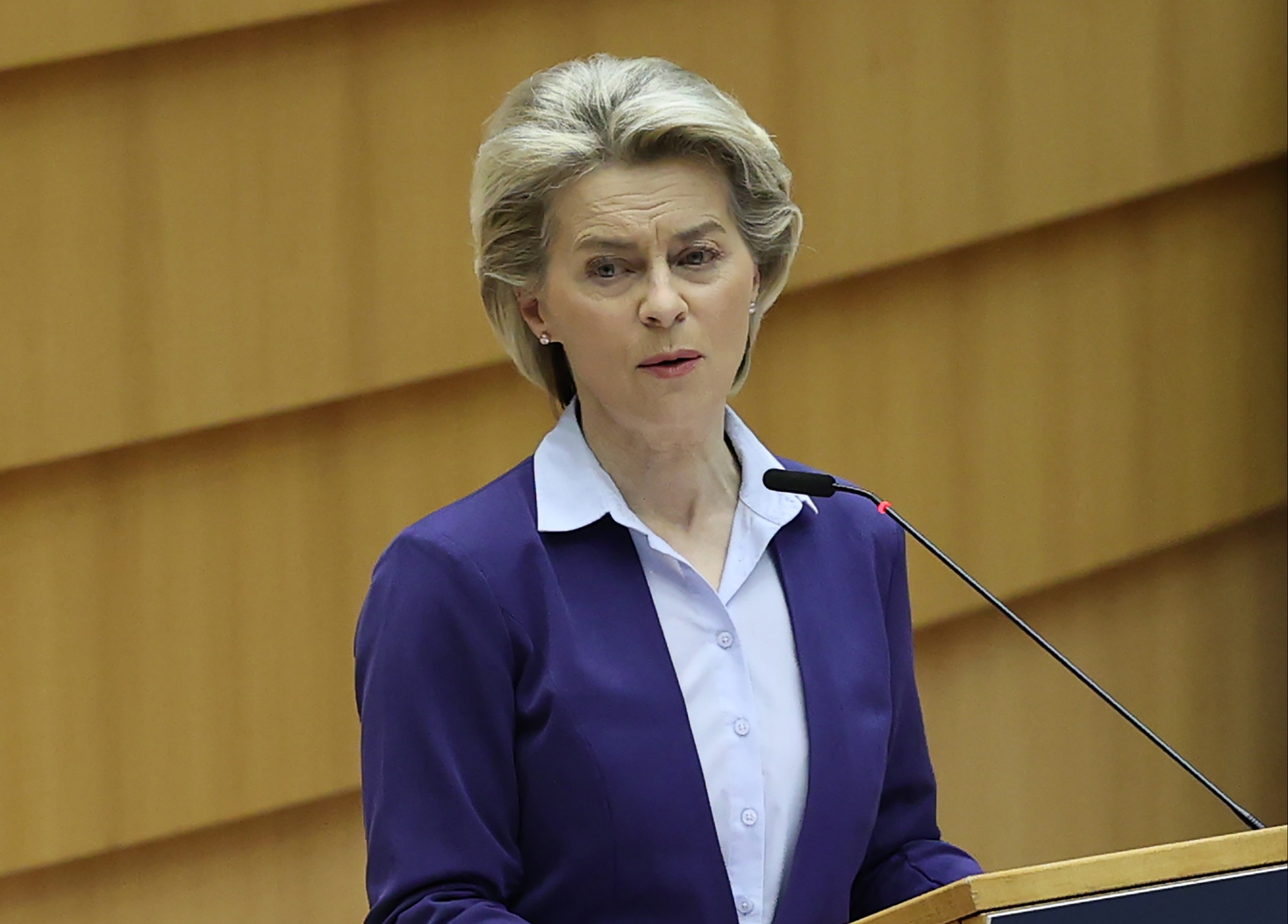 In a bombshell intervention, the raging German said she did not rule out triggering emergency powers to "make sure Europeans are vaccinated as soon as possible".

And in an astonishing broadside aimed at Britain she warned the bloc may restrict vaccine shipments to countries whose rollouts are going better than its own.

She said: "It is hard to explain to our citizens why vaccines produced in the EU are going to other countries that are also producing vaccines, but hardly anything is coming back.

"And the second point that is of importance for us is on whether exports to countries who have higher vaccination rates than us are still in proportion.

"We want to see reciprocity and proportionality in exports, and we are ready to use whatever tools you need to deliver on that.

"In other words, we want to have vaccines. This is about making sure that Europe gets a fair share."

The EU chief was asked if Brussels will consider triggering emergency powers that would allow it to seize control of vaccine productions and waive drug makers' patents.

She replied: "All options are on the table. We are in the crisis of the century, and I'm not ruling out anything for now because we have to make sure Europeans are vaccinated as soon as possible."

Such powers have only been used once, which was during the 1970s oil crisis.

The remarks will reignite vaccine tensions between Britain and the EU which were sparked when the bloc introduced its export restrictions in January. 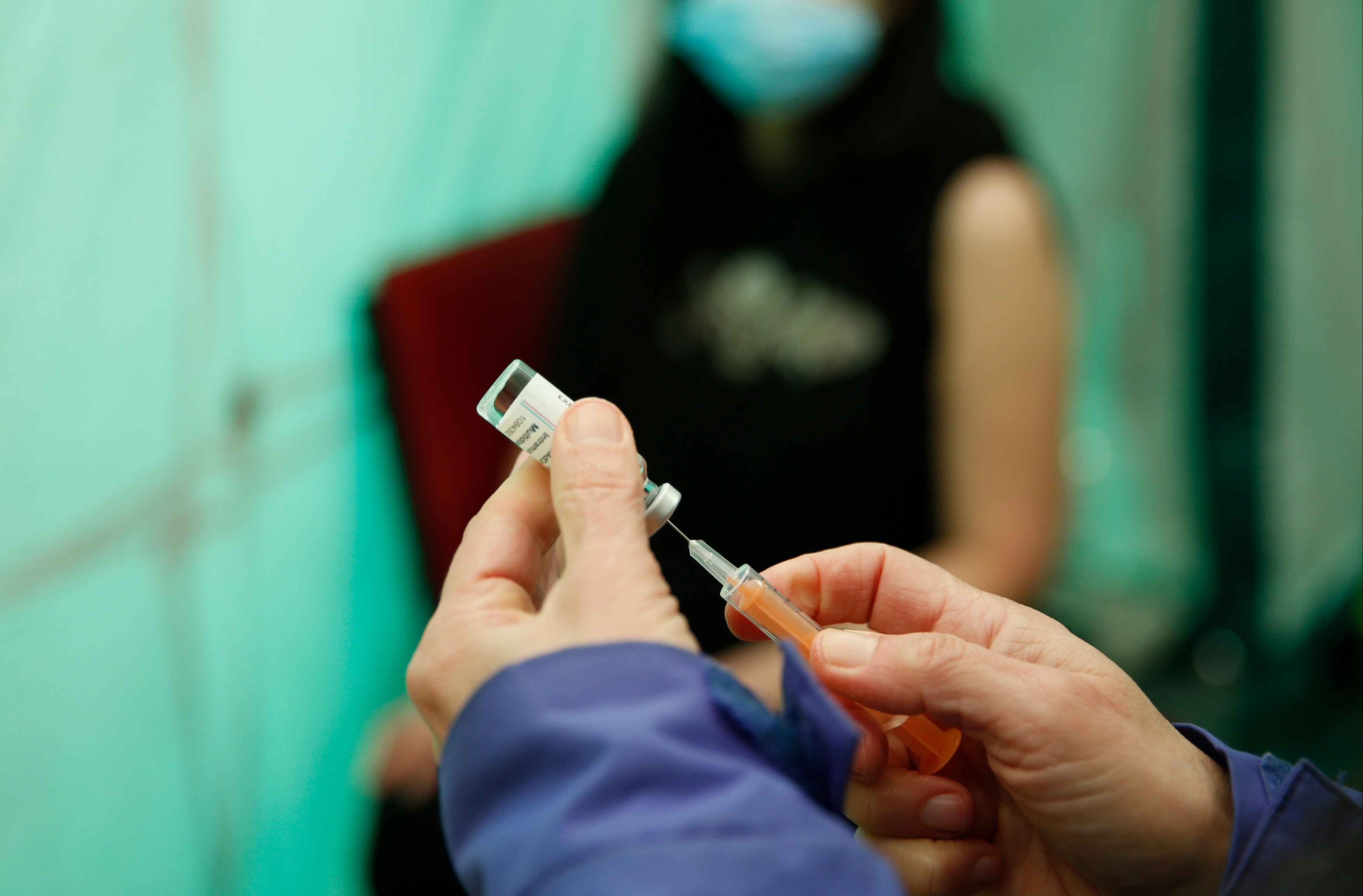 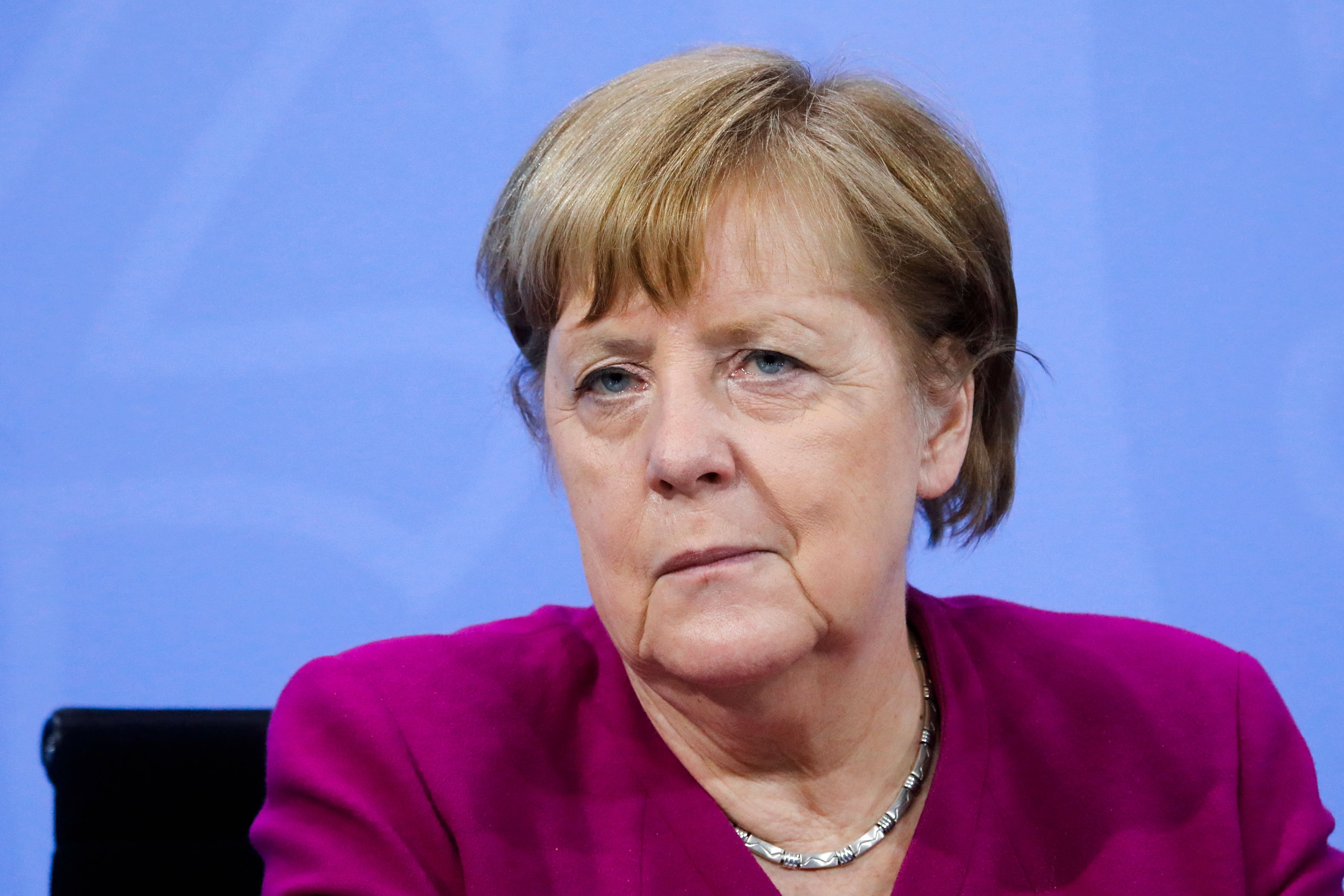 Mrs von der Leyen said that European countries have exposed 41 million doses over the past six weeks to 33 countries.

She said of 315 shipments only one had been blocked – a delivery of 250,000 AZ jabs from Italy to Australia.

Brussels has been embroiled in a bitter battle with AstraZeneca over its volume of deliveries to the continent.

The Commission chief said it is only set to provide 110 million doses in the first half of this year, out of the 270 million it initially promised.

The massive row comes after 18 EU countries fully or partially suspended the use of the AZ vaccine over unsubstantiated blood clot fears.

In Germany doctors at one vaccination centre were reported to have been brought to tears by having to destroy a batch of unused vaccines, describing the situation as a "disaster beyond all expectations".

The move has been slammed by opposition MPs there, with socialist health lead Karl Lauterbach calling it a "big mistake" that will "only create great uncertainty and mistrust in a situation where every vaccination counts".

There is anger too across many other European capitals, including Paris and Italy, which feel they were bounced into halting use of the Oxford shot by Berlin's decision to pull the plug.

The head of Italy's medicines agency railed against the move as a "political choice" and vowed to resume vaccinations at a greater than ever pace as soon as possible.

Meanwhile in Poland – which has not suspended use of the jab – a top adviser to the PM suggested a commercially motivated "disinformation" campaign designed to benefit AZ's rivals was behind the decisions.

The European Medicines Agency, which will publish a review into the jab's safety tomorrow, has repeatedly insisted there is no evidence to link it to rare and dangerous blood clots that have developed in some patients.

Its head Emer Cooke said there was “there is no indication that vaccination has caused these conditions” and the benefits of taking it far outweigh any risks of side-effects.

There have been 37 reports of clotting events among the more than 17 million people who have received the vaccine across the EU and Britain, according to AstraZeneca.