Home » World News » Obama and Dem powerbrokers are 'tricking America into voting for someone incapable of being president', columnist says

A CONSERVATIVE newspaper columnist has claimed that Barack Obama is trying to trick Americans into voting for a presidential candidate who's "incapable" of doing the job.

In an op-ed published on Sunday, Miranda Devine slammed Democratic presidential nominee Joe Biden as the "worst candidate in history" after his awkward campaign rally in Michigan over the weekend. 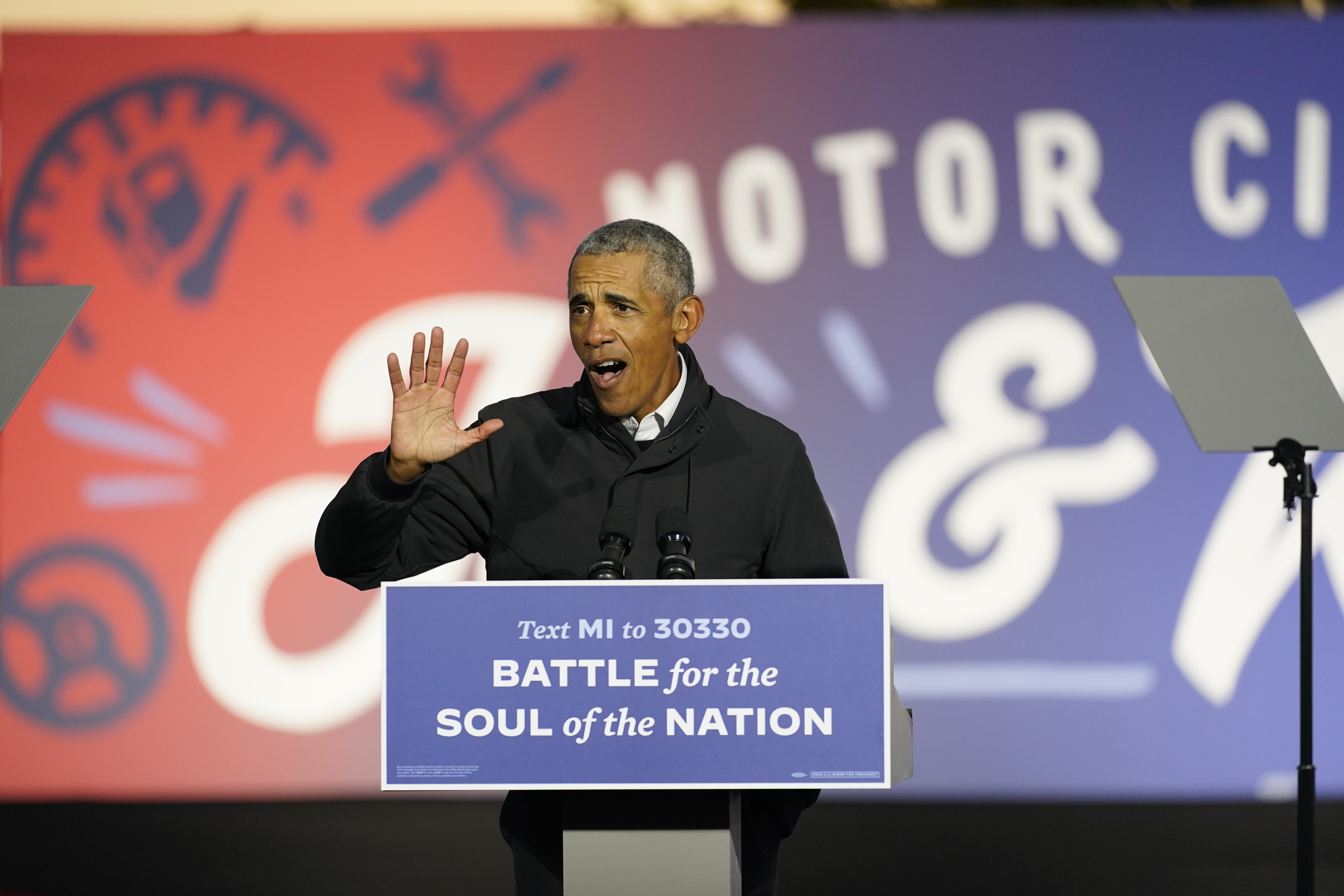 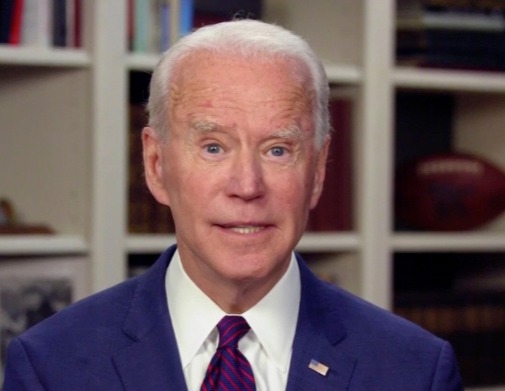 The former vice president was reportedly caught napping twice during his drive-in rally in Flint and missed his cue to appear on stage – Obama had to call Biden's name three times before he finally trotted out.

Devine accused Obama of treating the presidential nominee "like an invalid" and claimed that Biden's "cognitive decline" has been obvious for months.

"But this is the story of the campaign…and it is an indictment of the entire Democratic establishment that has conspired to trick America into voting for someone incapable of being president," she wrote in her piece for the New York Post.

The right-leaning Australian columnist pointed out the hypocrisy of Biden forgetting his mask at the event considering that he's blasted Donald Trump for not wearing face coverings.

She bashed Biden as a "chasten schoolboy" for his mistake. 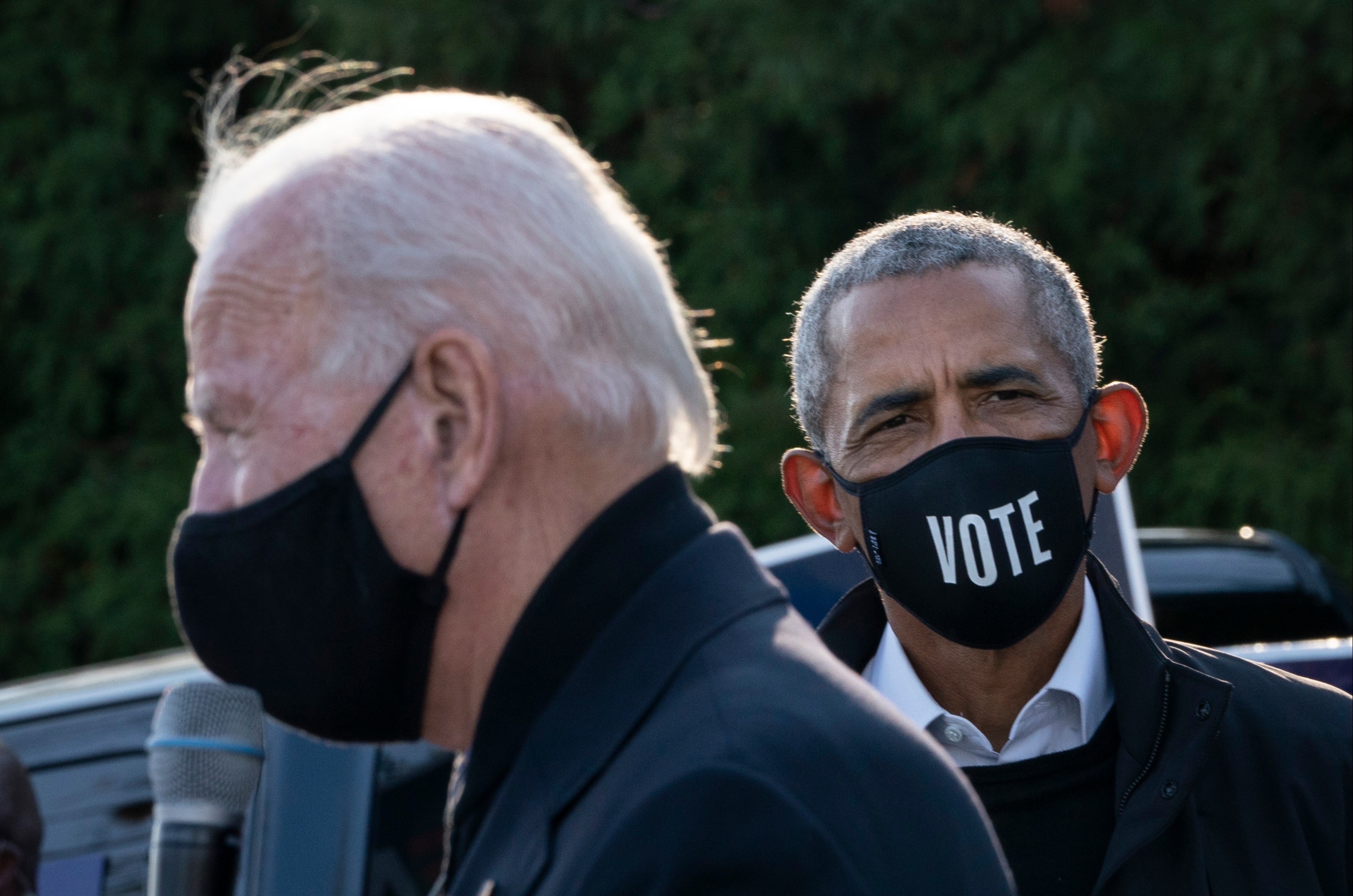 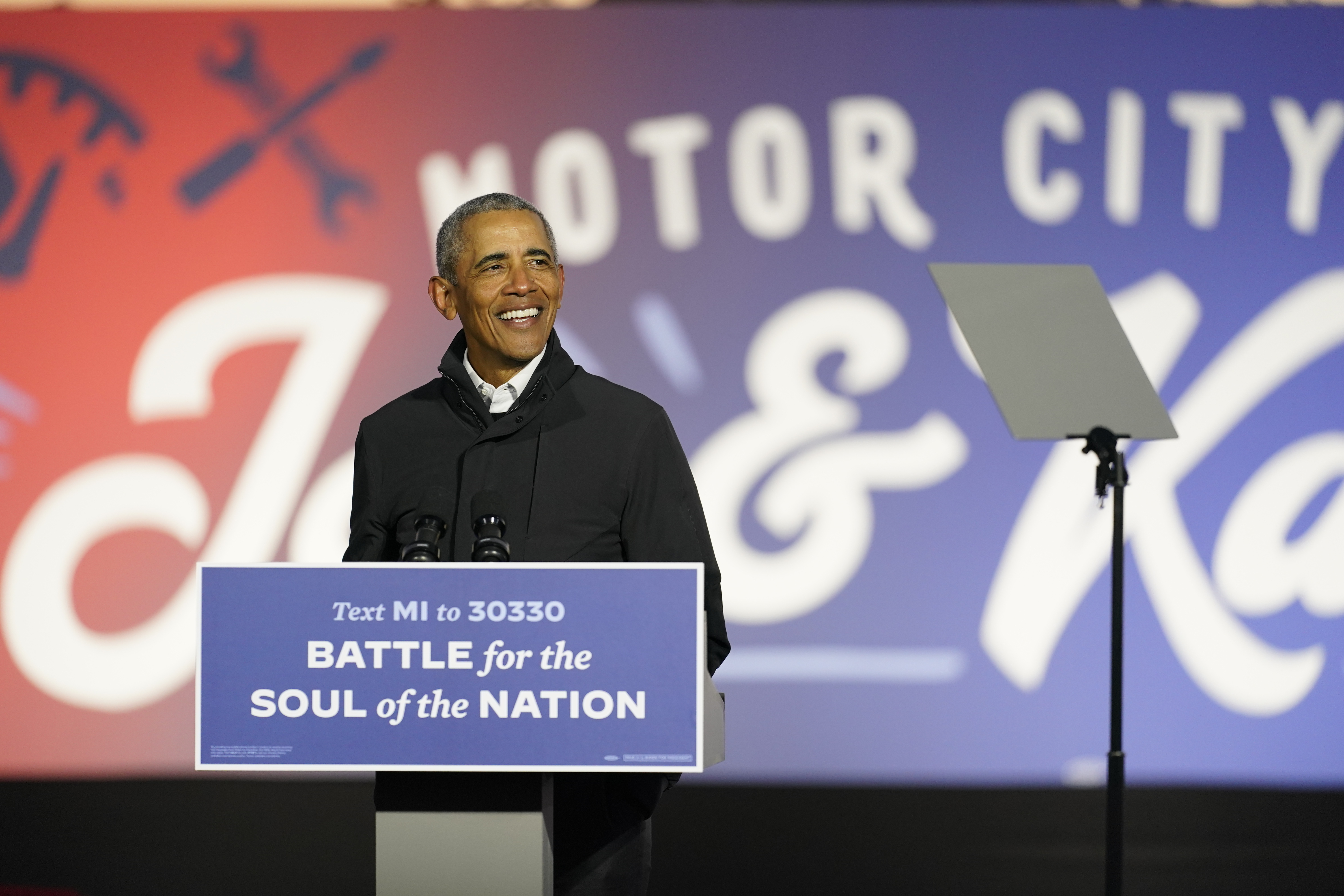 "When your entire campaign is about mask-shaming Trump supporters, it’s not a forgivable lapse," she wrote.

Devine claimed that Biden often doesn't know where he is or what he's running for, pointing out when he mistakenly said in February that he's a candidate for the US Senate.

Biden's "senior moment" in Michigan is the latest in a series of gaffes that have dogged the 77-year-old's presidential run.

He flubbed the word "healthcare" while attempting to slam Trump at his Flint rally, saying that he believes Americans have a “right to have badakathcare.” 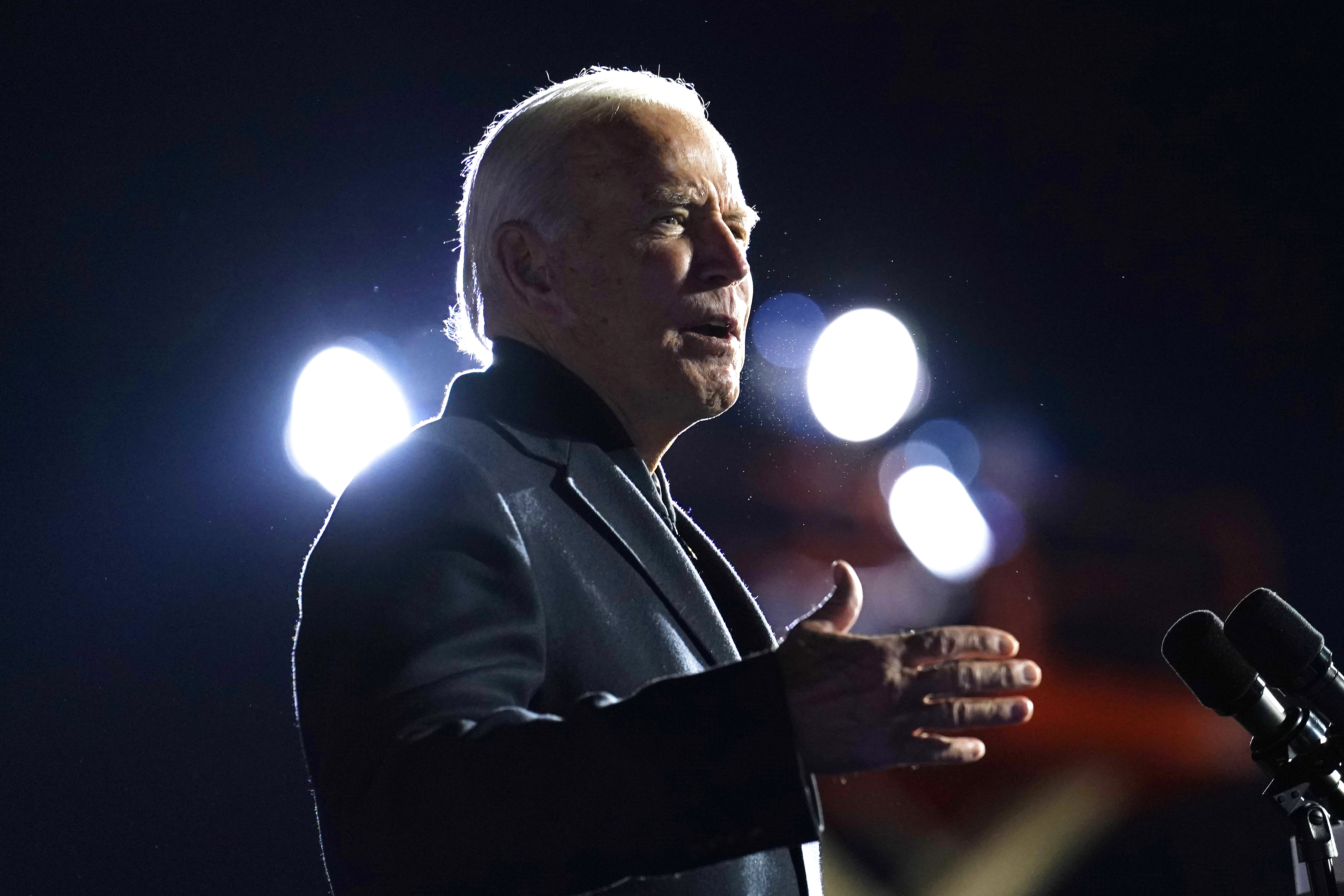 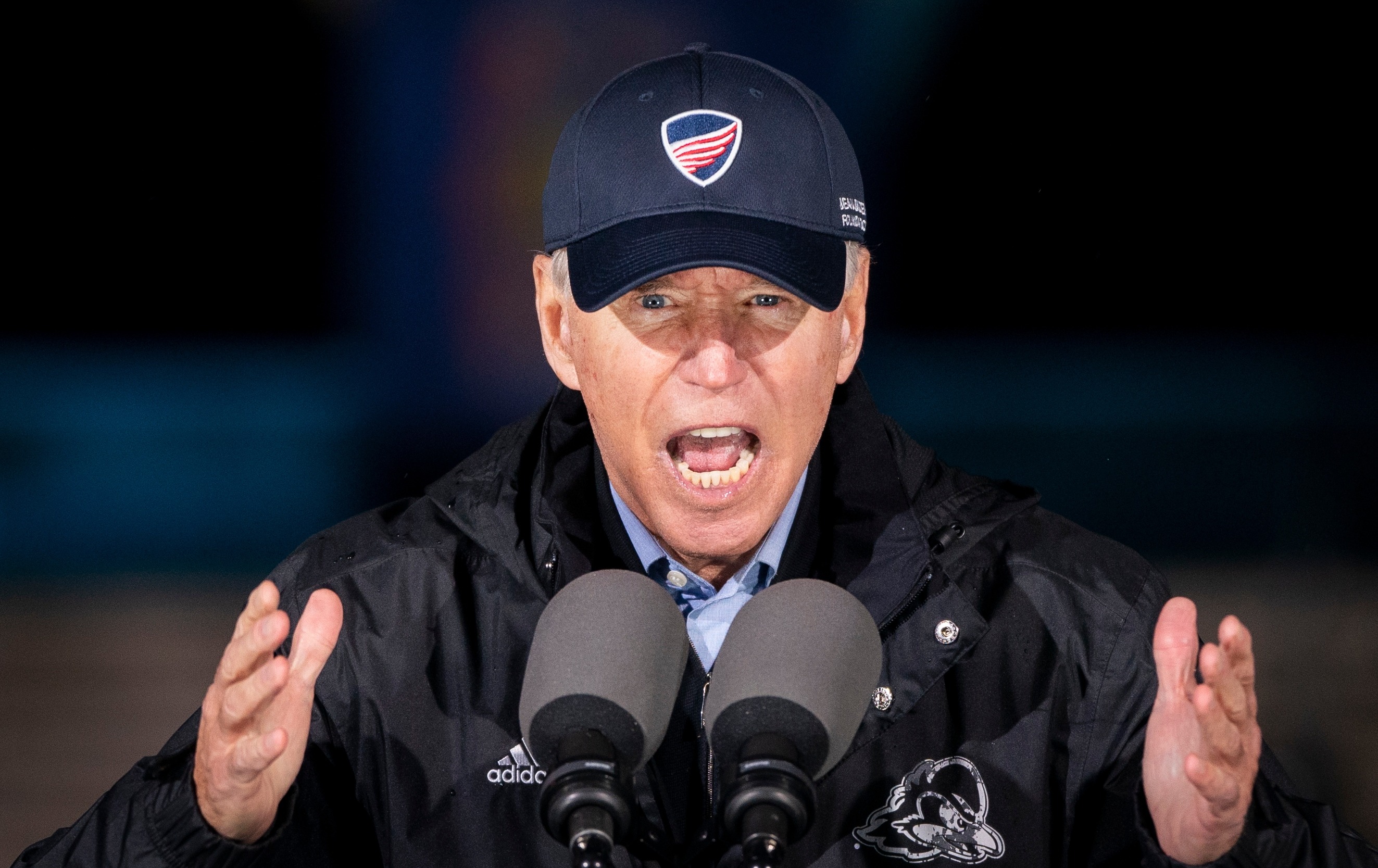 He mistook the Philadelphia Eagles logo on his own jacket for the emblem of his alma mater, the University of Delaware Blue Hens while speaking at a rally in Pennsylvania over the weekend.

Biden seemingly mixed up Trump and former President George W. Bush during an interview in October, in which he claimed Democrats were fighting against “four more years of George”.

His wife Jill then appeared to quietly correct him under her breath, and Biden went back to saying "Trump."