Maxine Waters gets to go home after urging protests in Minnesota: Lawrence Jones

OJ Simpson on Tuesday said he believes former Minneapolis police officer Derek Chauvin “deserves” to be convicted for the death of George Floyd, while also reacting to recent comments made by Rep. Maxine Waters, D-Calif., who is facing criticism for encouraging protesters to “stay on the street” and to “get more confrontational.”

Simpson, 73, made the remarks in a video posted to his Twitter account with the caption: “Verdict Watch.”

Jurors in the Chauvin trial began deliberations Monday after weeks of testimony from dozens of witnesses. He is charged with second-degree unintentional murder, third-degree murder and second-degree manslaughter in connection with the May 25, 2020 death of Floyd. The trial came after nearly a year of protests and riots over video footage showing Chauvin pinning his knee on Floyd’s neck. A verdict was expected to be announced Tuesday.

In his video, Simpson said he hoped there is “some kind of verdict, a conviction. I think the man deserves it.”

HOUSE DEMOCRATS HAVE PROBLEM WITH WATERS AFTER JUDGE CALLS HER OUT

“I thought it was a classic case of depraved indifference. I thought it was unnecessary force and no matter which side you’re on, I think everybody would pretty much have to agree that if those deputies and Chauvin would have gotten off of George Floyd, there was no chance George Floyd was going to get up and try to run… try to attack them in handcuffs, ” he said. “That didn’t seem to be his personality.”

“It seemed that the only problem was that, he has a little problem with claustrophobia, I guess, and the smallness of the backseat of that (police) car, which had to be pretty tough on a guy his size,” he continued.

Simpson also commented on the ongoing criticism of Waters, who has come under fire from conservatives for what they see as charged rhetoric before demonstrators in Minnesota. She made the remarks over the weekend when she traveled to the state to support demonstrators protesting against the killing of Daunte Wright. 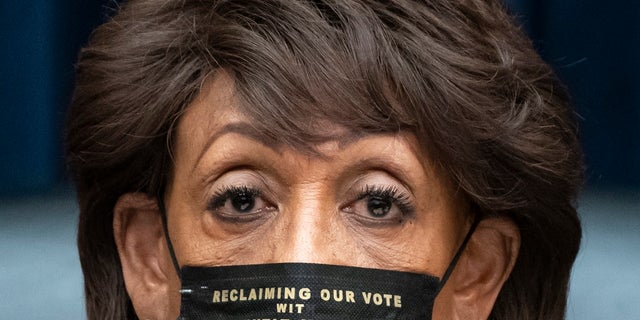 Simpson also commented on the ongoing criticism of Rep. Maxine Waters, who has come under fire from conservatives for what they see as charged rhetoric before demonstrators in Minnesota. (AP Photo/J. Scott Applewhite)

The remarks came after days of unrest and clashes between demonstrators and authorities in Brooklyn Center.

Chauvin’s defense attorney Eric Nelson requested a mistrial Monday, saying her comments and the extensive media coverage of the trial could have influenced the jury.

“I just don’t know how this jury can really be… that they are free from the taint of this,” Nelson told Hennepin County Judge Peter Cahill. “Now that we U.S. representatives threatening acts of in relation to this specific case. It’s mind-boggling.”

“I’ll give you that Congresswoman Waters may have given you something on appeal that may result in this whole trial being overturned,” he said. “I wish elected officials would stop talking about this case. Especially in a manner that is disrespectful to the rule of law and to the judicial branch in our function.” 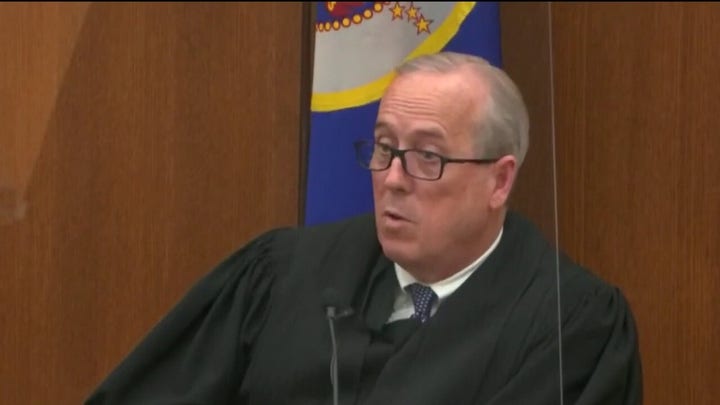 “I understood what she was saying. It was a call to arms,” he said. “Not to necessarily physical arms but a call to come out and work and vote.

“But she’s got to understand that her words matter and she’s got to be a lot clear about how she says them because you can’t be critical of the other side during the (Jan. 6 Capitol) insurrection when they were saying ‘Get out and fight,’ ‘You’ve got to fight,’ and criticize what they were saying when they claimed later on that they meant pretty much what Maxine Waters meant,” he added. “You would think these politicians could communicate a lot better than evidently than they’ve been doing.”

Simpson’s murder trial in the 1990s lasted nearly nine months and received worldwide media coverage. The proceedings became a defining moment on race and policing in America, with Los Angeles still reeling from the 1992 riots after four white LAPD officers were acquitted of beating Rodney King.

Jurors acquitted him of the murders of his ex-wife, Nicole Brown Simpson, and her friend Ronald Goldman after less than four hours of deliberation.

Years later, Simpson was convicted of armed robbery and other charges and was released from a Nevada prison in 2017 after nine years.