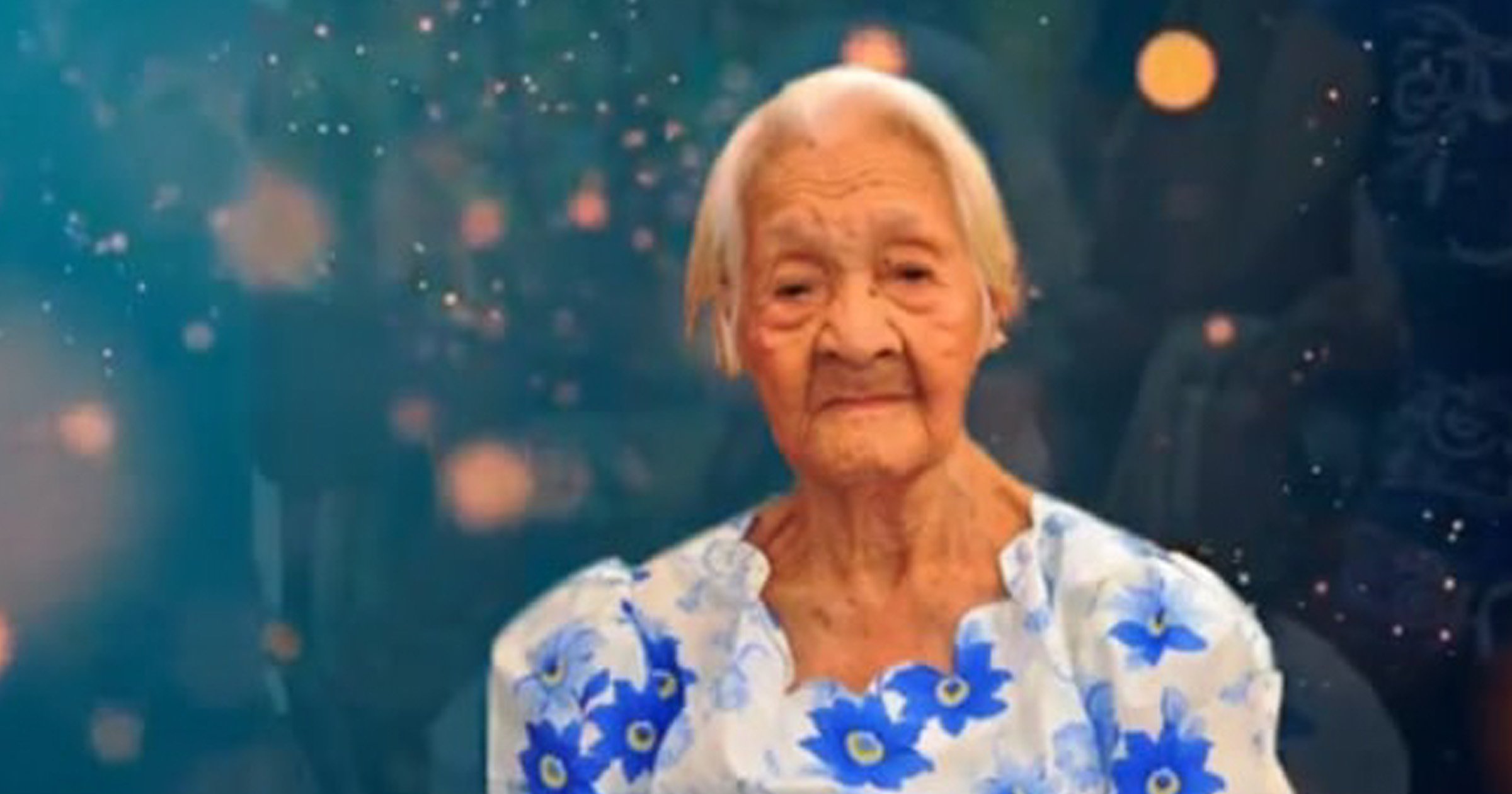 A woman believed to be the last surviving person born in the 19th century has died at the reported age of 124.

Francisca Susano, affectionately known as Lola Iska, died on Monday night at her home in the city of Kabankalan, the Philippines.

Local government officials say she was the oldest person in the the world, surpassing the previous record holder by two years.

It is thought Guinness World Records were examining documents as recently as September, but she died before they could independently verify her age.

Local records claim Francisca Susano was born on September 11, 1897, one year before Spain relinquished its reign over the Philippines and sold it to the USA.

It was also the year the ice cream scoop was invented and when Marconi sent the first ever radio transmission across the sea.

The secret to Lola’s long life was believed to be a diet consisting mainly of vegetables, with little meat and no pork.

She also said drinking no alcohol also played a big role in reaching such a ripe old age, the Sun reports.

Jake Carlyne Gonzales, public information officer for Kabankalan, said the cause of Lola’s death is yet to be determined.

He told CNN Philippines she would be tested for Covid-19 but that she was not thought to have suffered any symptoms of the virus.

In a statement on Facebook, the City Government of Kabankalan said: ‘It is with sadness in our heart when we received the news that our beloved Lola Francisca Susano passed away early this Monday evening November 22.

‘Lola Iska is considered the oldest person in Negros Occidental and the Philippines.

‘Mayor Pedro Zayco, Vice Mayor Raul Rivera and all city officials as well as all the people of Kabankalan City condoles and prays with the family of Lola Iska in their period of bereavement.

‘Lola Iska will always remain as our inspiration and pride.’

As India pushed to vaccinate its elderly population earlier this year, medics came across a woman named Rehtee Begum, who also said she was 124.

The grandmother from the Baramulla district of Jammu and Kashmir showed vaccinators a ration card showing her age.

Health workers were satisfied enough to release the information, but it has not been corroborated or verified by Guinness World Records.

Jeanne Calment, who died in 1997 aged 122, is the current world record holder for oldest person to have ever lived.

The Frenchwoman was born in 1875 and outlived both her daughter and grandson.

She was in good health for most of her life – cycling until she was 100 and living on her own until the age of 110.

Jeanne once told a TV programme she has ‘never been ill, never ever’, and said she used olive oil and a puff of power to look after her skin.

Officially the oldest man to have ever lived was Japan’s Jiroemon Kimura, who died in 2013 aged 116, according to Guinness World Records.

John Tinniswood, 109, originally from Liverpool currently holds the title of the oldest person in the UK.

He was born on August 26, 1912 – the same year the Titanic sank. He claims his secret was ‘eating battered fish and chips every Friday’ but added that moderation is key to living a long life.

John has been double-jabbed against Covid-19 and now lives in a care home in Southport.