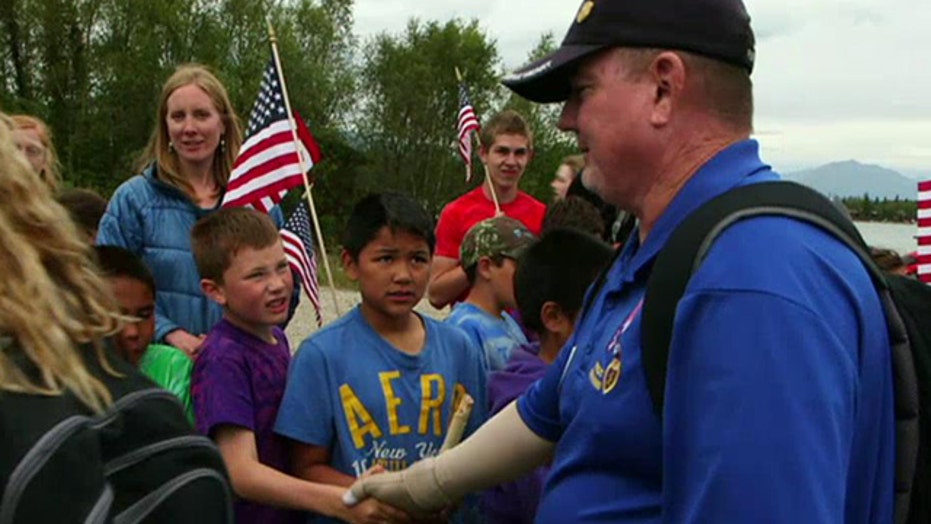 ‘The Next Battle: When Our Heroes Come Home’: The Rev. Franklin Graham explains why Samaritan’s Purse created a special trip for wounded military veterans and their spouses. #NextBattle

Combat-wounded veterans and their spouses head to Alaska this week as part of a week-long marriage retreat to heal homelife after war.

Upon arrival, the community at Port Alsworth greets them with waving flags, handshakes, hugs, and gratitude.

"Operation Heal Our Patriots," which serves veterans wounded after 9/11 along with their spouses, through biblically-based marriage counseling covered by Samaritan's Purse, lasts 16 weeks and invites 160 couples to the retreat in Port Alsworth, located 150 miles from Anchorage.

Rev. Franklin Graham, the group's CEO, asked his followers to pray for this season's retreats. They have been going on since 2012 with the goal of "spiritual refreshment, physical renewal, and marriage enrichment."

"These guys have spent their lives serving our nation and we just want to give back to them," Captain Tom Webber, U.S. Navy, Ret. and director of Operation Heal Our Patriots, said in the video posted by Graham.

The couples will take part in biblical counseling sessions while enjoying all Alaskan wildlife has to offer, with kayaking, bear watching, fishing, hiking, and more.

Since Samaritan's Purse began the program seven years ago, more than 840 couples have participated in the program. They've seen over 340 individuals make commitments to Jesus Christ, 428 baptisms, and almost 400 couples publicly re-dedicate their marriages.

The ministry doesn't stop after they leave the Alaskan sanctuary, because Operation Heal Our Patriots connects each couple to a local system of support and provides resources, crisis care, and prayer support throughout the year.