Home » World News » Over half of New York City firefighters say they’ll refuse first round of the COVID-19 vaccine: ‘Thanks, but no thanks’ 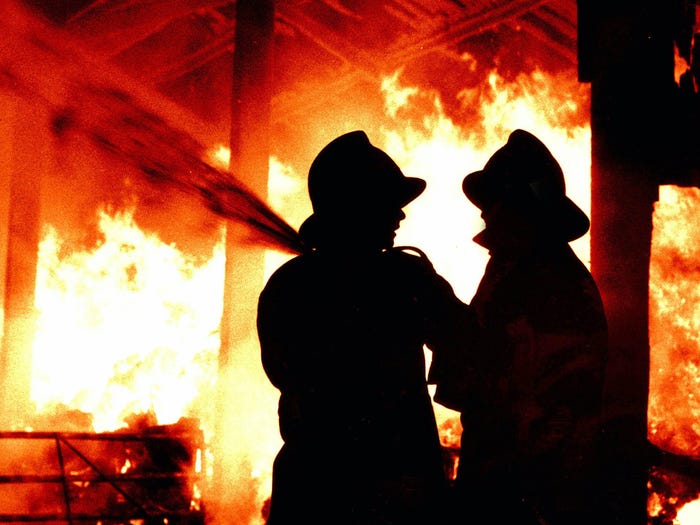 Over half of New York City's firefighters say they will refuse the COVID-19 vaccine when it initially comes out, a survey by the FDNY's union found.

According to the New York Post, the Uniformed Firefighters Association asked 2,053 firefighters (around 25% of its members) if they would get the Pfizer vaccine when the department makes it available, as first responders will likely get priority access to the first rounds of the vaccine.

The results found 55% of those surveys said no, as FDNY recently announced it will not make getting the vaccine mandatory for its employees.

"A few are anxious to get it, but there have been a few dozen responses saying, 'Thanks, but no thanks,'" Oren Barzilay, president of the Uniformed EMTs, Paramedics and Fire Inspectors union, told the NY Post. "They were thankful it was not mandatory because they don't want to be looked at as test subjects."

Firefighters are not the only frontline workers that seem hesitant to get the first round of the vaccine as a poll by NYU School of Global Public Health on transit workers found only 30% of MTA workers (645 respondents) were fully sure they would get vaccinated.

As the US gets closer to its vaccine release date, there appears to be a growing number of people hesitant about the first rounds of the vaccine. A study published in the journal Pediatrics found nearly a quarter of American parents are hesitant to vaccinate their children with the Pfizer vaccine.

However, according to public health officials, vaccination – especially for frontline workers – could be essential to combating the spread of COVID-19 and preserving the health of communities.

"It may become necessary to require that certain individuals or communities be vaccinated, such as health care workers and students, to protect the public's health," Mary Beth Morrissey, chair of the New York State Bar Association's COVID-19 task force, said in a statement.

Nearly a quarter of American parents are 'vaccine hesitant.' That will have implications for COVID-19 vaccination.

What is a vaccine? Why vaccines are important and how long they last