This is the shocking moment a hot air balloon crashed into a house roof and knocked over the water tank as passengers screamed in terror in Mexico.

The video was taken in Leon, in the central Mexican state of Guanajuato, on the second day of the city’s International Balloon Festival. Fortunately no one was injured.

In the clip, the airship can be seen flying close to the ground, unable to get enough altitude to clear a two-storey house in its path. 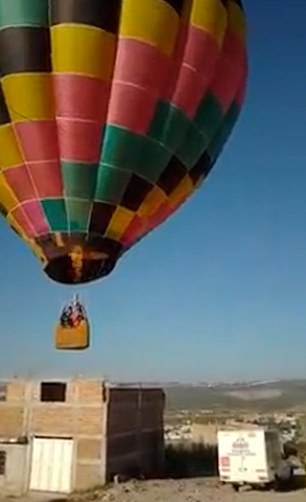 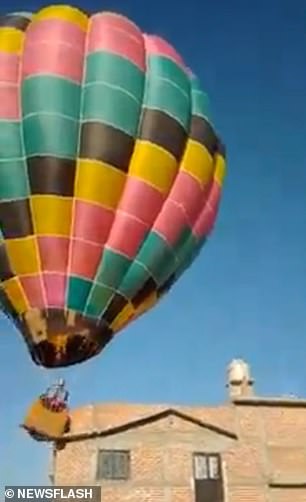 The hot air balloon crashes into the house roof in Leon, Mexico on the second day of the city’s International Balloon Festival

The pilot can be heard instructing passengers in the basket to hold on tight as the hot air balloon manages to get higher, but not before crashing its side into the roof and then knocking over a water tank in its path.

In an official statement the festival organisers said that ‘the activity of ballooning always depends on the weather conditions’.

It also said the crew on the hot air balloon were unharmed in the incident, adding: ‘The people involved are in perfect condition and we are in contact with the owners of the house.’ 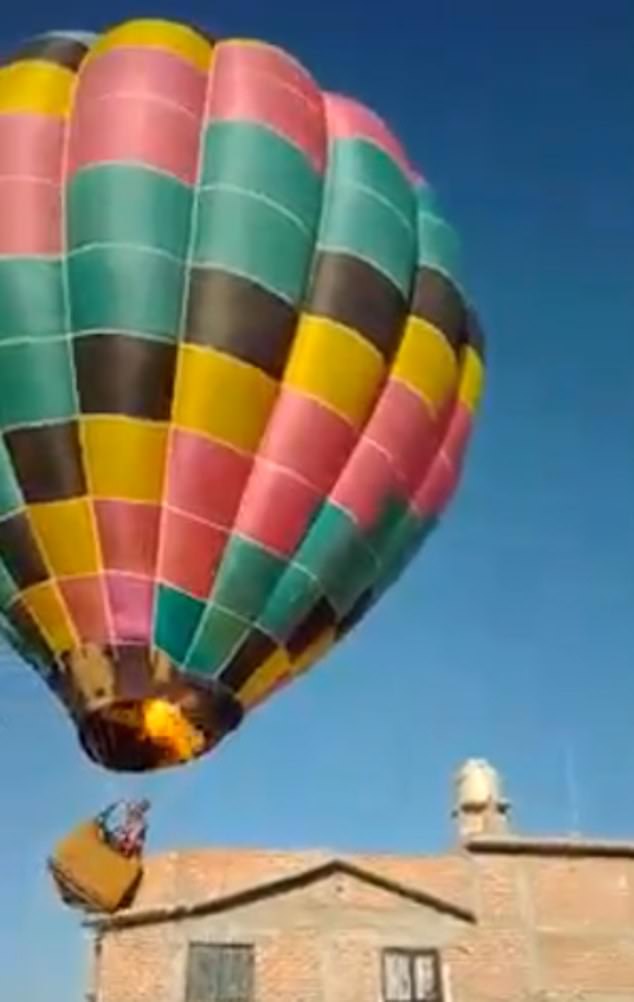 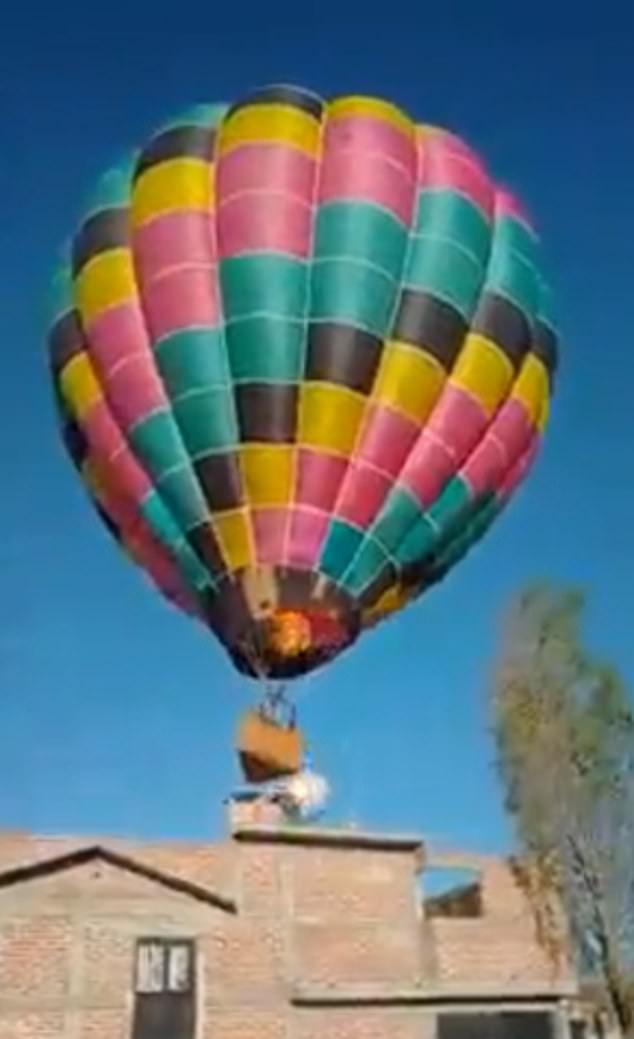 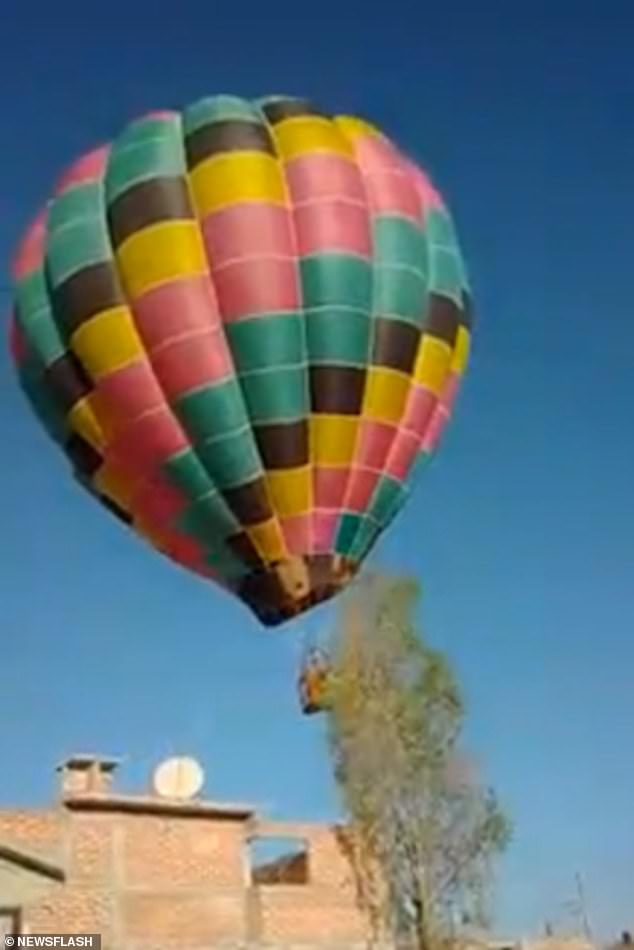 It also stressed that safety is and always will be a priority and only experienced, qualified balloonists take part in the competition.

According to news site El Universal, there were strong winds in the morning which veered the airship off course when the incident happened this Saturday on November 13.

Nearly 200 balloons took part in the festival, which started at the Metropolitan Park of Leon.