A Russian scientific institute says it has found an almost perfectly preserved head of a 32,000 year-old wolf has been found frozen in the ground in Siberia, so complete that it is still covered with fur and its brain is intact. 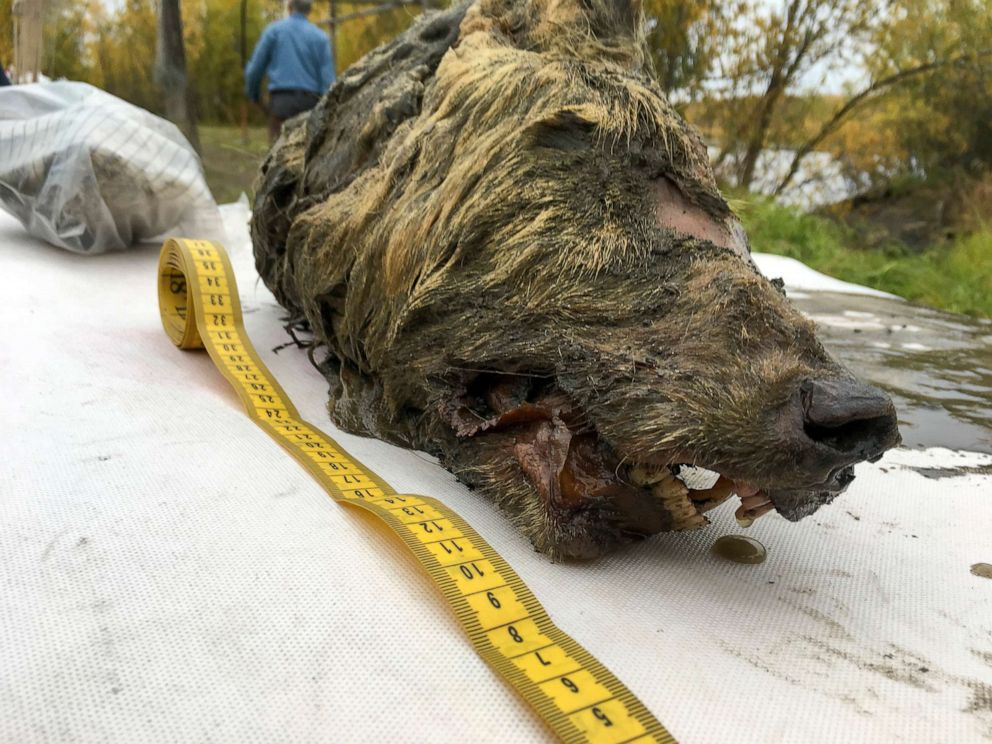 Scientists from the Republic of Sakha’s Academy of Sciences in Russia’s Arctic region of Yakutia, announced the find this week, hailing it as the first of its kind.

The head was found by a local man, Pavel Efimov, close to the Tirekhtyakh River in Yakutia in the summer of 2018, according to a press release published on the institute’s website. Efimov had stumbled across the head buried in a layer of permafrost visible in the riverbank.

The institute said that its scientists along with others in Japan had confirmed that the wolf had lived during the Ice Age and released photographs and video of the head, in which it appeared barely decayed with its fur still soft and matted.

“This is the first find known to science of remains of a Pleistocene wolf with preserved soft fur,” Albert Protopopov, the director of the Academy’s department of mammoth fauna studies, said in the statement.

The Russian institute said Japanese scientists at Tokyo’s Jikei University conducted a tomographic study and carbon dating to establish the wolf’s age. The wolf’s head is 16.4 inches long, meaning it is almost half the size of the body of a large modern-day wolf, the institute said, calling the ancient animal “gigantic.” The wolf would have been 2 to 4 years old when it died, they said.

The fact that the head was intact is extraordinary, the scientists said, noting that the wolf’s brain was “undamaged” and that almost all its teeth were still present. Protopopov said they were now studying the head in order to see how modern wolves had evolved.

The scientists said the wolf head had been found in the same area as an immaculately preserved body of an Ice Age cave lion cub, that was discovered in 2017. That was the fourth whole lion cub to be found since 2015.