The Philadelphia Phillies are mourning the loss of minor league pitcher Corey Phelan, who died at 20 from cancer, the team announced Oct. 13.

Phelan, a left-handed pitcher who was signed as an undrafted free agent out of high school in 2020, was diagnosed with non-Hodgkin lymphoma in April.

“Corey is and will always be a special person,” Phillies director of player development Preston Mattingly said in a statement tweeted by the Phillies Player Development account. “His smile lit up a room and everyone who came in contact with him cherished the interaction. His memory will live on, especially with the Phillies organization.”

“Meeting Corey and having the friendship we had was an absolute blessing and changed my life,” McKenna wrote. “Everyday he pushed me to be a better person and always put a smile on my face. He lit up every room he walked in and made an impact on everyone he met. I’m devastated I lost my best friend but incredibly grateful I had as much time as I did with him. Please keep him and his family in your prayers.”

The Phillies said in a statement that Phelan will be remembered for his “positive presence and selflessness” that “influenced everyone around him.”

“While he was incredibly passionate about the game of baseball, his love for his family and his strong faith superseded everything else,” the team said in the statement. “We extend our deepest condolences to his family, as well as his teammates and staff who were by his side, providing emotional support throughout the course of his courageous battle with cancer.”

Phelan pitched 9 2/3 innings of relief and allowed one run last year for the rookie-level Phillies in the Florida Complex League in his first professional season. 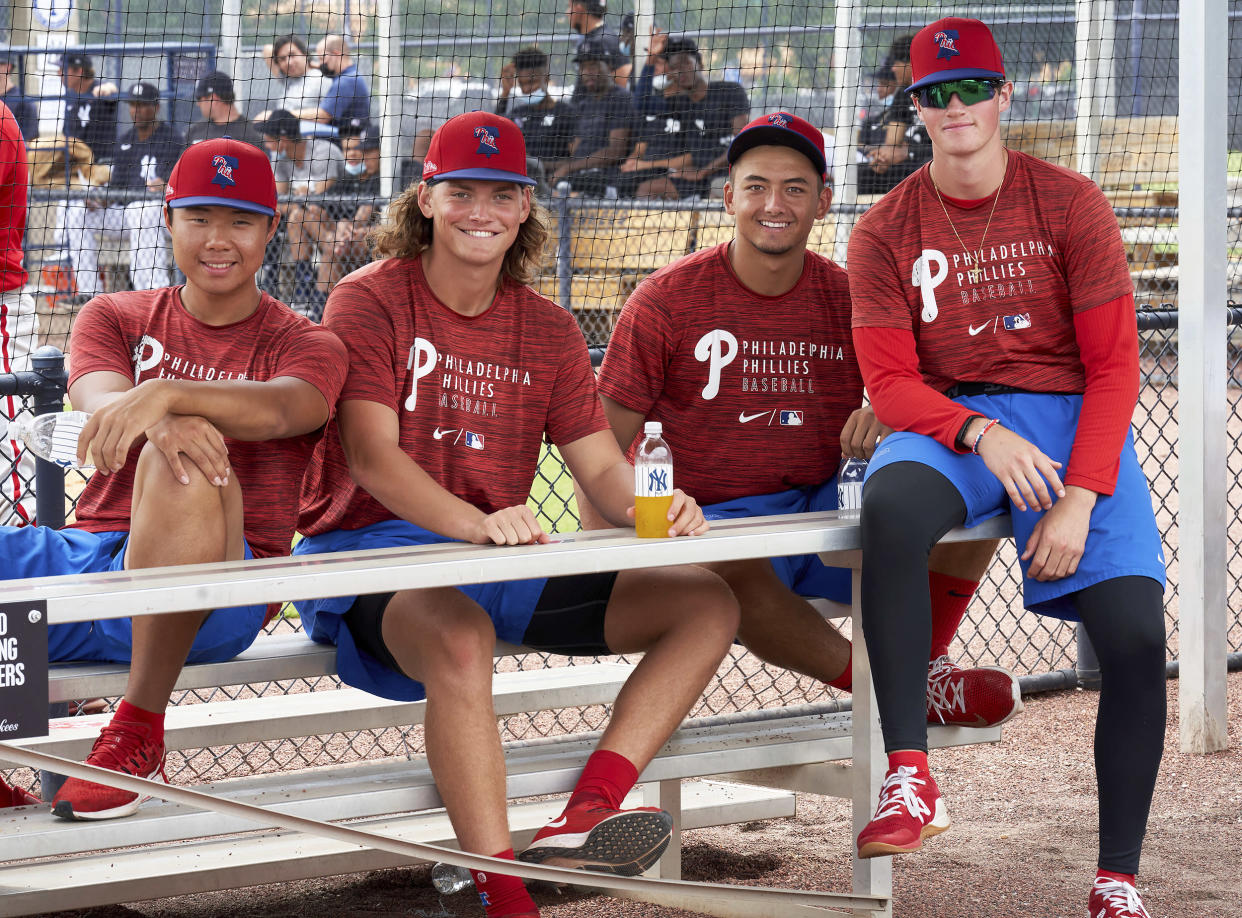 A month after the diagnosis, the New York native visited Philadelphia Phillies players before their game against the New York Mets at Citi Field, according to MLB.com.

“The kid is a fighter and he is a strong kid. He is mentally strong. He is tough,” then-Phillies manager Joe Girardi told MLB.com at the time. “His whole family was here. He spoke to us and it was pretty moving.”

“It was awesome,” Phelan told MLB.com at the time. “I can’t put into words how awesome it was. Every time I can watch them on TV, depending on what channel they are playing on, I watch them and I root for them every game. I love watching them play. They bring my spirits up.”

We are saddened by the passing of Corey Phelan, a prospect in the Phillies organization.

Our thoughts are with Corey’s family, friends and teammates. pic.twitter.com/cBuuTdpucM

“We are saddened by the passing of Corey Phelan, a prospect in the Phillies organization,” the statement read. “Our thoughts are with Corey’s family, friends and teammates.”

I am shaken and distraught to hear of the loss of Corey Phelan.May the Phelan family find peace knowing that their son and loved one was a beacon of joy and faith and that he has impacted so many in a positive way as he battled for his life and all that is good. Rip Corey 🙏🏽🙏🏽🙏🏽

“I am shaken and distraught to hear of the loss of Corey Phelan,” former Phillies general manager Ruben Amaro Jr. tweeted. “May the Phelan family find peace knowing that their son and loved one was a beacon of joy and faith and that he has impacted so many in a positive way as he battled for his life and all that is good. Rip Corey.”

This article was originally published on TODAY.com