Detectives are set to begin digging an area of land in connection with the disappearance of a 14-year-old girl from a care home more than 20 years ago.

Sarah Benford was last seen in the Kettering area of Northamptonshire on April 6, 2000, before a murder probe was launched three years later.

Northamptonshire Police said they would begin excavating a 70-metre by 70-metre piece of land in the Valley Walk area of Kettering after receiving ‘significant intelligence’.

A number of suspects have been arrested since Sarah’s disappearance, and searches have been conducted in Kettering, London and Wales, but nobody has ever been charged.

Following intelligence obtained by the force’s Major Investigation Team, searches are set to begin on the area of open space today.

The site will be sealed off until the excavation, expected to last two weeks, is complete.

The force said specialist search teams will be assisted by forensic archaeologists, and penetration radar equipment will be deployed to assess any movement on the section of land under investigation. 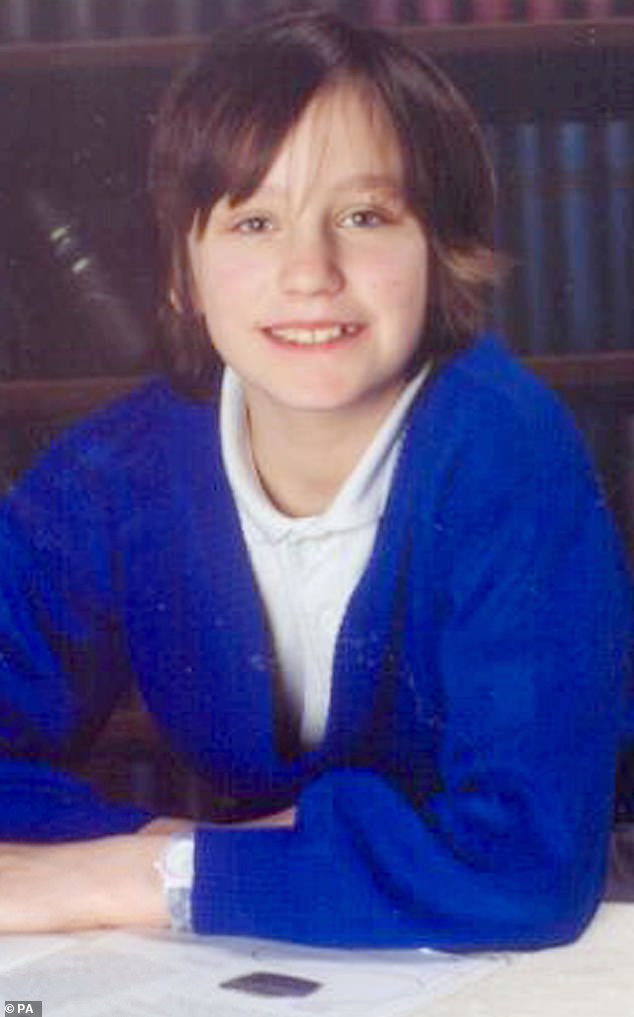 Sarah Benford was last seen in the Kettering area of Northamptonshire on April 6 2000, before a murder probe was launched three years later 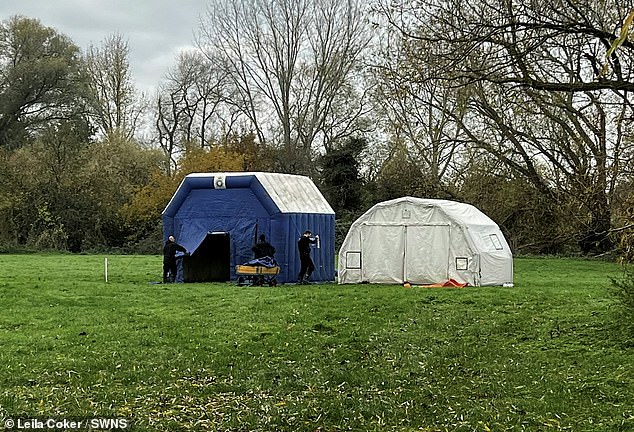 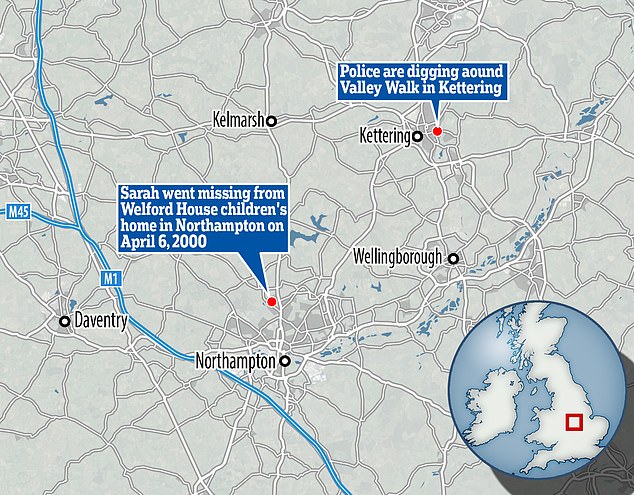 Dozens of officers will provide scene guard support throughout the dig and the area will be screened off from the public while the search is happening.

Detective Superintendent Joe Banfield who is leading the Northamptonshire Police operation, said: ‘We have received significant intelligence which has pointed us to this site as a possible area of interest.

‘Sarah went missing more than 21 years ago now, but we have never given up trying to find her body and, potentially, tracing her killer or killers.’

DS Banfield added: ‘We have informed Sarah’s family and they are supportive of the operation being carried out today. We will be in close contact with them as the excavation unfolds, but we request that members of the media do not try to contact them.

‘Clearly someone out there knows what happened to Sarah all those years ago and we would urge anyone with new information to contact us on 101 or, in confidence, via the Crimestoppers hotline on 0800 555111.’

Police have said people with information relating to Sarah’s disappearance should contact them quoting incident number 359 of 10/11/2021.

Timeline of the investigation

December 2003 – Searches in Furnace Lane, Finedon, which lasted for several days and included the seizing of some exhibits.

April 4, 2020 – Police issue an anniversary appeal 20 years on from Sarah’s disappearance. Calling the case a ‘live investigation’, Detective Sergeant Julie Gallagher, of Northamptonshire Police, said that, despite having no current suspects, officers believe somebody knows what the teenager’s last movements were