A Polish prosecutor is facing the sack after bizarre photographs of him shopping in the nude whilst drunk appeared online.

The 38-year-old man was spotted on Thursday by stunned fellow shoppers in the town of Swidnica in southwest Poland, where he is a respected district prosecutor.

In one photo, the prosecutor who has been identified as Maciej W. by local media is seen walking to the shop’s checkout clutching a four pack of beer.

Another shows him from behind apparently paying for the alcohol.

Other photos then show the man, who was appointed to the district prosecutor’s office in 2016, wandering through the streets and into what appears to be a park. 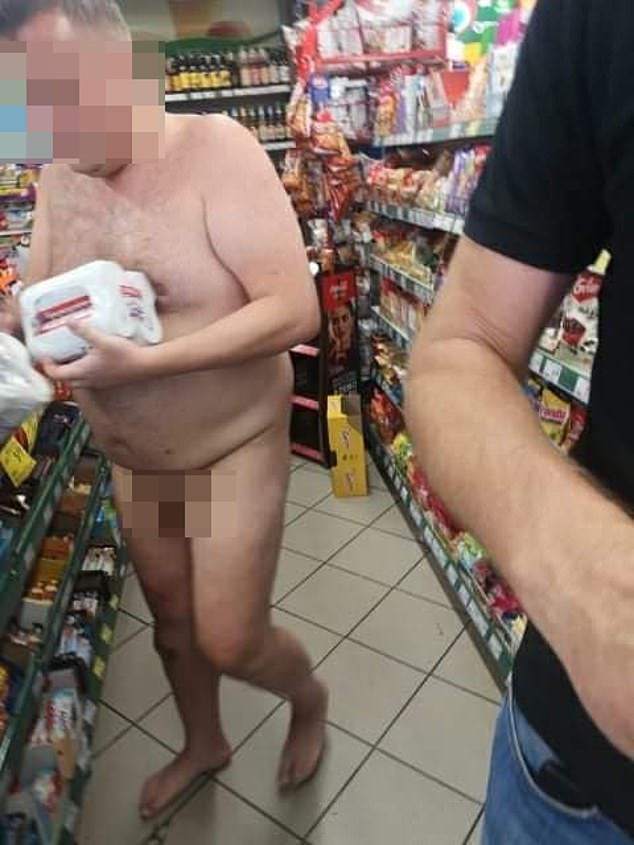 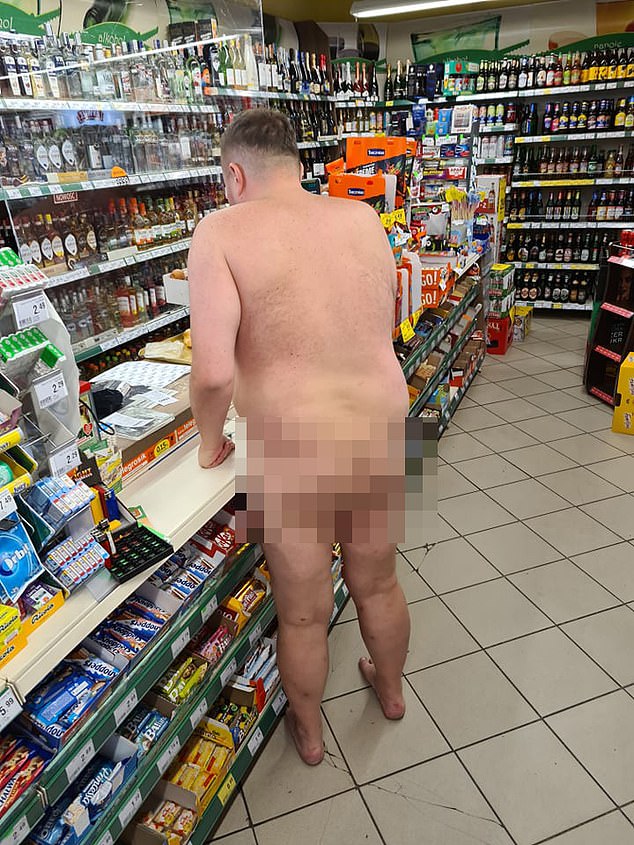 The prosecutor, who has been identified as Maciej W. by local media, is seen walking to the shop’s checkout clutching a four pack of beer before paying and wandering the streets 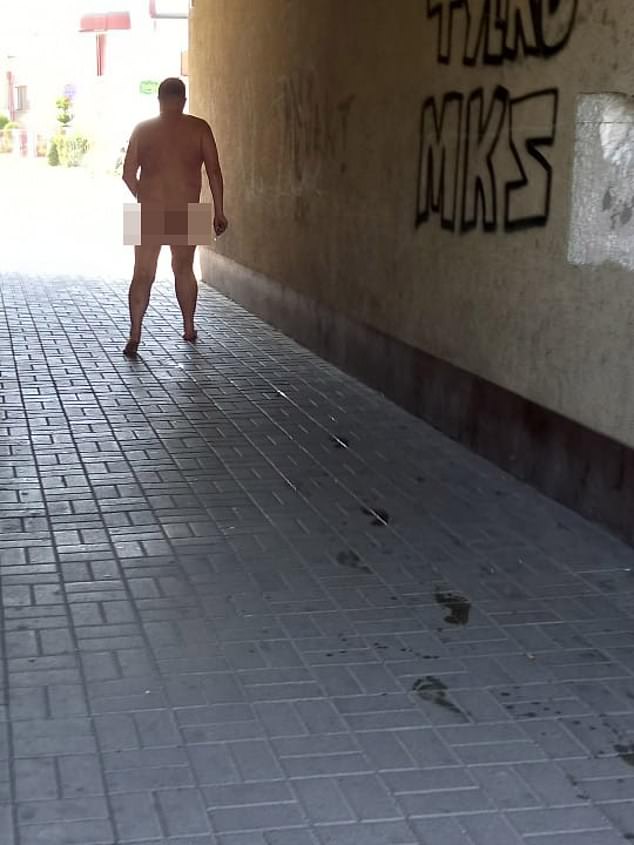 The photographs were handed over to local online news portal Swidnica24 where they have since gone viral.

Eyewitness accounts say the Maciej was wandering listlessly around the streets of Rolnicza, Kilińskiego and Kopernika in the Zarzecze estate of Swidnica.

The situation was reported to the Swidnica Poviat Police Station, who dispatched officers to arrest the man for public indecency.

Police spokesman Magdalena Ząbek told the portal that the man was arrested before being ‘handed over to his family.’

Maciej was reportedly on holiday at the time of the incident, the prosecutor’s office spokesman Tomasz Orepuk said.

Lukasz Lapczyński, another spokesman, said in an official statement: ‘The prosecutor of the district prosecutor’s office in Swidnica, who is the subject of media reports, was immediately suspended from his duties, and proceedings have been initiated for his failure to uphold the dignity of his office.’

He added: ‘Disciplinary punishment for the public prosecutor may be a warning, reprimand, reduction of his basic salary, a fine, removal from the position held, transfer to another place of service or expulsion from the prosecutor’s service.’

Social media reaction to the incident in Swidnica has thus far been a mix of disbelief and amusement, with some users sarcastically defending him as he was on holiday.

His superiors at the prosecutor’s office have not yet released a formal statement of how they will reprimand Maciej, who began working as a prosecutor ten years ago and was appointed as a district prosecutor in Swidnica in 2016.