THIS is the final photo of Prince Philip taken as he arrived home at Windsor in "good spirits" after a long stint in hospital.

The Duke of Edinburgh had been admitted weeks earlier to undergo treatment for an infection before later having heart surgery. 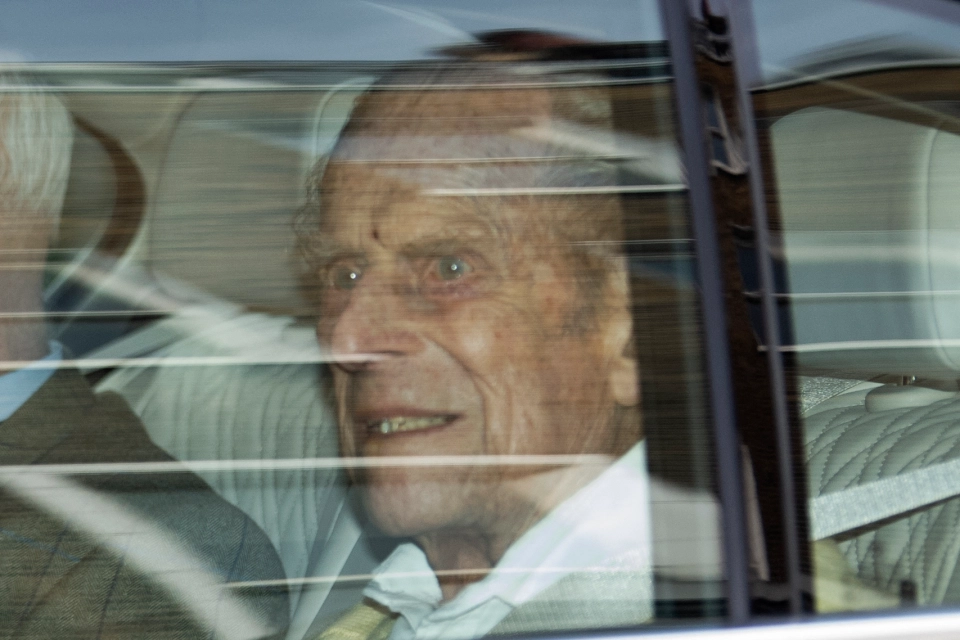 The picture was taken on March 16 after he left private King Edward VII's Hospital in London in a black BMW.

The Duke was said to be in "good spirits" and looking forward to returning home to his family ahead of his 100th birthday celebrations in two months time.

He waved to the cameras as he was driven into the grounds at Windsor Castle and Prince Charles, 72, said he was "thrilled" his father was finally home

Tragically, the Duke, who had been married to the Queen for 73 years, passed away "peacefully" at the historic home this morning.

Here's what we know…

The Queen later shared a poignant photo of Philip as she talked of her "deep sorrow" in a heartfelt tribute to her "beloved" husband.

A statement from Buckingham Palace said: "It is with deep sorrow that Her Majesty The Queen has announced the death of her beloved husband, His Royal Highness The Prince Philip, Duke of Edinburgh.

"His Royal Highness passed away peacefully this morning at Windsor Castle.

"Further announcements will made in due course. The Royal Family join with people around the world in mourning his loss." 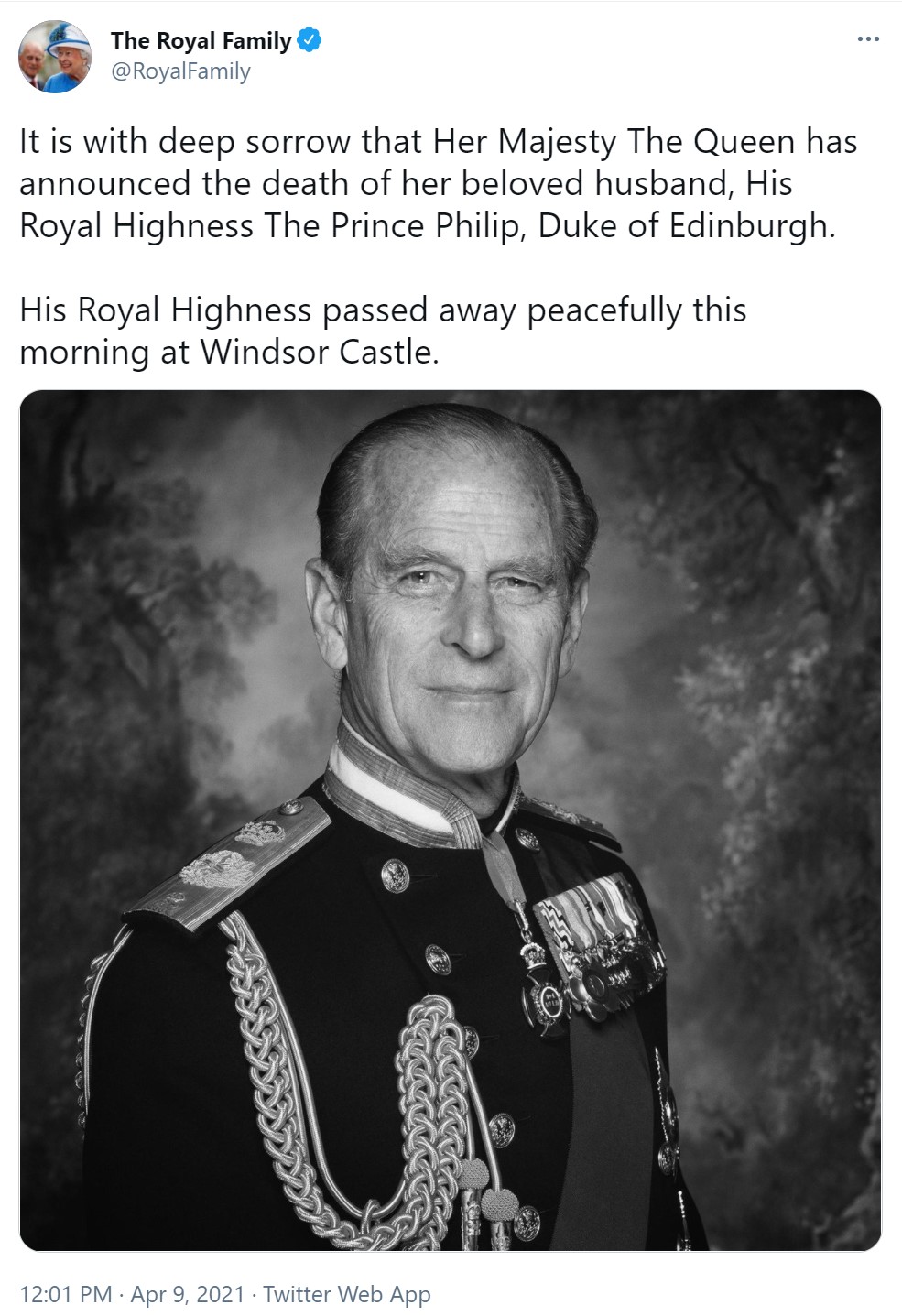 BBC radio stations immediately interrupted broadcasts with the news of his death and played the national anthem shortly after in a sign of respect.

The official Royal Family website was quickly replaced with a single page and heartfelt tribute to the Duke.

Boris Johnson paid tribute and said “he helped to steer the Royal Family and the monarchy so that it remains an institution indisputably vital to the balance and happiness of our national life.”

Speaking from a podium in Downing Street, the PM said: "He was an environmentalist, and a champion of the natural world long before it was fashionable. 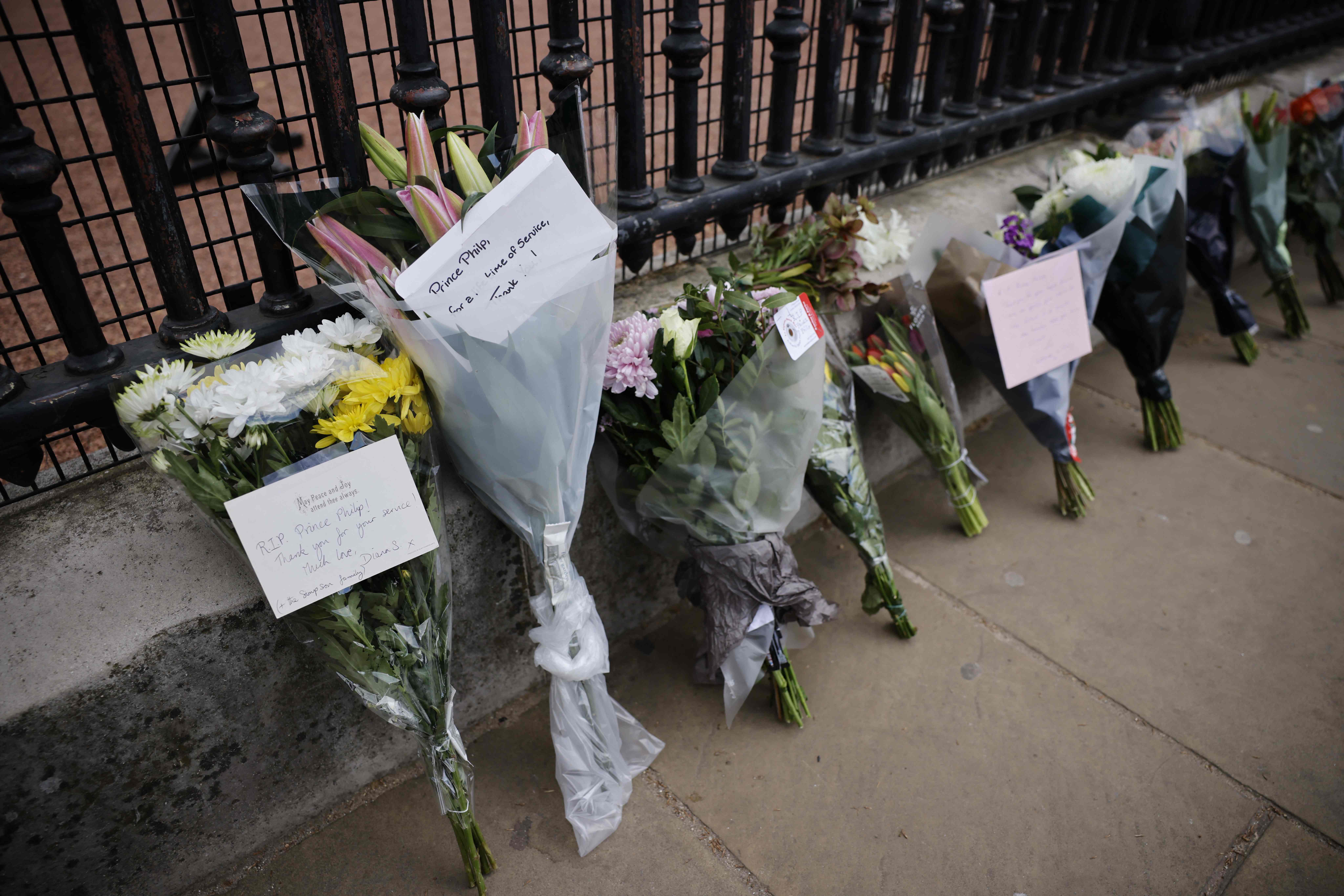 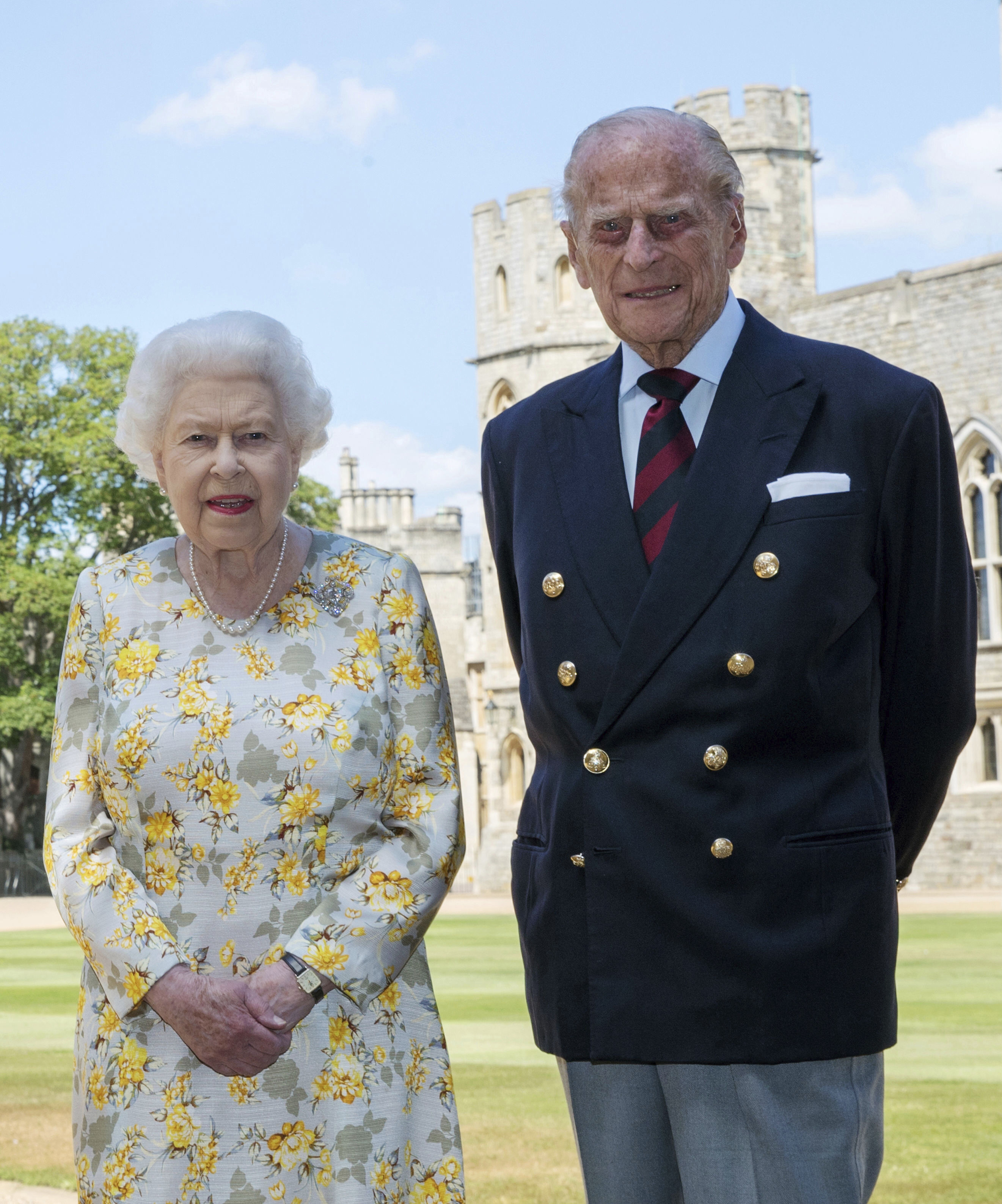 "With his Duke of Edinburgh awards scheme he shaped and inspired the lives of countless young people and at literally tens of thousands of events he fostered their hopes and encouraged their ambitions.

"We remember the duke for all of this and above all for his steadfast support for Her Majesty the Queen.

"Not just as her consort, by her side every day of her reign, but as her husband, her 'strength and stay', of more than 70 years.

"And it is to Her Majesty, and her family, that our nation's thoughts must turn today.

"Because they have lost not just a much-loved and highly respected public figure, but a devoted husband and a proud and loving father, grandfather and, in recent years, great-grandfather."

Philip had dedicated his life to the Queen and tragically died just before his 100th birthday in June this year.

And his death comes after a turmoil-filled 12 months for the royals after Meghan Markle and Prince Harry quit the royal family.